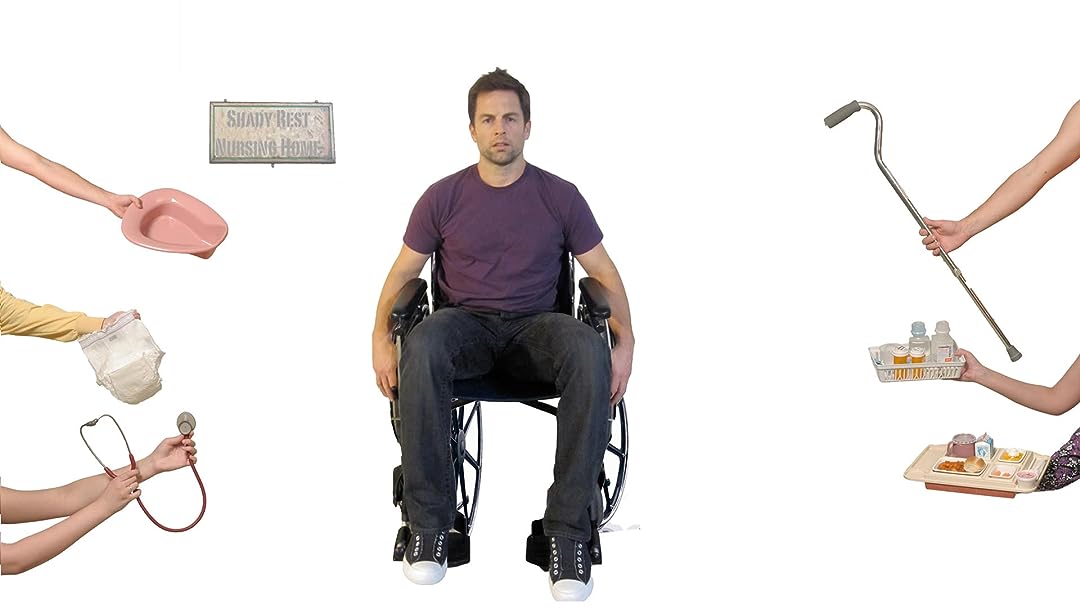 (32)
6.51 h 40 min197013+
An out of work young actor with no respect for the elderly makes himself into an old man to get a part in a play. When research requires him to spend a week at a nursing home, he is forced to review his life choices.

Amante dei GattiReviewed in the United States on March 15, 2020
5.0 out of 5 stars
Thought Provoking Movie
Verified purchase
The story of a somewhat immature 20-something wanna be actor who disguises himself as an old man and lives in a nursing home for a few days to land a part in a play about an old guy. Despite his initial mild distaste for the elderly, he begins to learn lessons from them, and, in turn to inspire them to live life while it lasts. It has some funny and some touching moments and overall is an excellent movie. Some of the supporting actors are pretty awful, but the leads aren't bad. And the ending is satisfying.

OligonicellaReviewed in the United States on March 27, 2020
3.0 out of 5 stars
Could not suspend belief.
Verified purchase
Good story based on a premise that would never work so I couldn't get past nobody, lay person or medical professional, couldn't see through his charade. They simply went too far with the age and not far enough with the makeup.

Wasn't wild about the main character or message either. It's OK to use people for your ends. He had a revelation at the end? Really? Funny how he waited until after he got a standing ovation.

Past that: great writing and acting, fine camera work and pacing. Enjoyable, just not convincing.

RionReviewed in the United States on November 12, 2018
5.0 out of 5 stars
daaaaaang!
Verified purchase
just watch it. Give it a chance. You don't have to love it, but please try it.
3 people found this helpful

MarlsReviewed in the United States on April 22, 2019
4.0 out of 5 stars
Slow-wind and heartfelt
Verified purchase
The ending was a bit cheesy. Was the theater audience supposed to just know what the heck was going on in the main character's personal life and react accordingly? I suppose it was with good intentions and a decent attempt, but still, that part was awkward to watch. The movie otherwise is a slow-wind with occasional funny bits and it really hits you with deep emotions of sadness too. It's not bad and is somewhat thought-provoking and wholesome.
One person found this helpful

SylviastelReviewed in the United States on August 21, 2014
5.0 out of 5 stars
Daytime's Loss is Hollywood's Gain!
Verified purchase
I have admired Michael Muhney who played Adam Newman on the American Soap Opera, "The Young & The Restless," from 2009 to 2014. Muhney is really one of American's finest young actors.

This film is an independent and low budget character driven film. It is also Pat Morita's final film. Muhney plays a young actor who disguises himself as an old man to get a role.

He learns many valuable lessons from the experience and about himself. The DVD also shows the making and behind the scenes. Most of the time, the old man observes the others and listens to them.
2 people found this helpful

DragonflyReviewed in the United States on February 6, 2012
5.0 out of 5 stars
Act Your Age
Verified purchase
This movie is co-written by and stars Michael Muhney as an actor that can't seem to catch a break. After loosing out on a part ment for a much older actor he disguises himself as a senior citizen and checks into an old folks home. He learns first hand just what it is like being old. Great supporting cast including the final performance of Pat Morita and Bold and Beautiful cast member Andrienne Frantz. It gets a bit heavy handed in the middle of the movie as the portrayal of what seniors go through is a bit sad. Charming, upbeat ending sure to satisfy young and old alike, Act Your Age runs sure and steady all the way.
3 people found this helpful

Ash GundelachReviewed in the United States on February 10, 2020
5.0 out of 5 stars
cute story
Verified purchase
it has some funny parts and parts that make you sad. overall its a great movie with most of the actors being pretty good. his friend is annoying, but other than him every character is likable and does really well!
One person found this helpful

Tina MarieReviewed in the United States on March 14, 2020
5.0 out of 5 stars
Refreshing
Verified purchase
Great plot and refreshing oldie but goodie .
See all reviews
Back to top
Get to Know Us
Make Money with Us
Amazon Payment Products
Let Us Help You
EnglishChoose a language for shopping. United StatesChoose a country/region for shopping.
© 1996-2022, Amazon.com, Inc. or its affiliates