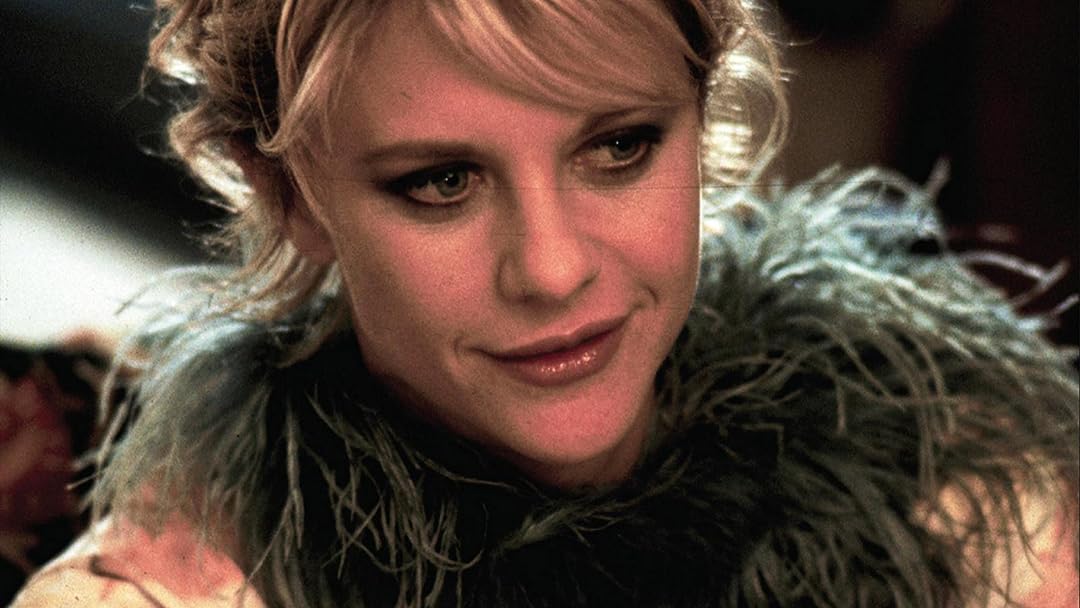 (812)
1 h 40 min1997X-RayR
Meg Ryan and Matthew Broderick star in this romantic comedy about two jilted lovers who meet while spying on their respective ex's who have moved in together.

Amazon CustomerReviewed in the United States on January 17, 2011
4.0 out of 5 stars
Preposterous but catchy in the end.
Verified purchase
This movie is one of those rare movies that starts out horribly and ends well. In the beginning we are introduced to Sam, an astronomer who manages to predict a supernova in another galaxy using a telescope during the day which he then points to the local playground to see his girlfriend. Within about another 2 minutes of screen time she has won a chance to go to New York, has gone there, fallen in love with someone else, dumped him by letter and he has arrived in New York to track her down. However, once these preposterous scenes are over, the movie settles into something a bit more watchable. It does a decent job of striking a balance between some humorous scenes and some with romantic sparks. I like movies in which two people who start out having no attraction end up together. My only complaints about this one are that the movie jumps the gun a bit with the attraction and the romantic payoff at the end is a bit thin and abrupt, but these are very small complaints. Mostly the movie is enjoyable to watch. If you can suspend your disbelief enough to get past some of the scientifically implausible parts and the initial tackiness of the main character, you will most likely find this to be an enjoyable little movie that makes you chuckle some and feel warm at the end.

The plot centers around Sam who is trying to get his girlfriend back and Maggie who is trying to get revenge on her boyfriend who dumped her for Sam's girlfriend. Along the way, a number of stereotypes and some of the addictive aspects of romantic relationships are dismantled until in the end, a hopeful view of true love is presented. The tricks that these two main characters play on their ex lovers provide some laughs, albeit ones that have been done many times before, and their forced co-existence leads to some romantic moments along the way. If all of this sounds like something you've seen before, that's probably because you have, but somehow this movie manages to take many stock romantic movie scenes and situations and assemble them into something a bit different. If you like romantic movies you will probably enjoy checking this one out.

Opa WayneReviewed in the United States on January 3, 2011
4.0 out of 5 stars
Lost in Love
Verified purchase
Addicted to Love is a bit of a study in addiction - in this case addiction to love. As in the case of many addictions, the addicted people act in some strange and unusual ways. The addicted characters Maggie (played by Meg Ryan) and Sam (Matthew Broderick) are rejected by their lovers Linda and Anton (Kelly Preston and Tchéky Karyo). Hard as it is to believe, Linda and Anton become lovers. Maggie and Sam spy on the lovers and work tirelessly to break them up and get a bit of revenge. Their chosen actions are designed to embarrass Linda and ruin Anton's reputation (he is thought to be a "ladies man").

The victims of the tricks are not without blame. Linda broke up with Sam by writing him an unexpected "dear John" letter and arranging for her father to deliver it. Anton used a relationship with Maggie to immigrate from Europe and start a restaurant in New York. Then he dumped her.

One funny trick happens when Maggie and Sam arrange for Anton to be attacked by children who use squirt guns to spray him with expensive perfume. Linda, naturally finds Anton's explanation tough to believe. Another humourous stunt is when they con a monkey vendor into having the money wear lipstick and kiss Anton. Linda doubts Anton's excuse for the lipstick on his collar.

Addicted to Love is classified as a romantic comedy. It is slightly romantic and is a comedy, but a dark comedy. This is a film that requires some suspense of belief - the humor is sought mostly by having some character suffer due to the actions of others. Some other films that use this technique are: National Lampoons European Vacation, where Eric Idle suffers broken limbs; The Three Stooges, where laughs are obtained by the brothers hitting each other; and Foul play where Billy Barty gets trashed by Goldie Hawn because a prophesy told her to "beware the dwarf".

I enjoyed this movie. Meg Ryan does a credible job of portraying a girl seeking revenge and Matthew Broderick seems natural to play a love sick jilted lover. The tricks played on the hapless Anton are exaggerated but fun. I recommend Addicted to Love for those who like dark comedy.

HLReviewed in the United States on October 23, 2016
5.0 out of 5 stars
One of my favorite dark comedies!
Verified purchase
I have always loved this movie and couldn't find it anywhere. It has some of my favorite comedy lines: that are gross and true at the same time!
Meg Ryan description of love: Her father picked the maggots out of a dying dog's rectum all night long and the dog lived 10 more years. .. That's Love! and he responds....."You are not that tough. You may be right but you are never going to get a job for Hallmark!"
7 people found this helpful

DutchrubReviewed in the United States on August 25, 2003
4.0 out of 5 stars
Four stars for the movie, not the DVD
Verified purchase
First of all, Meg Ryan is the ebodiment of every acknowledged id out there. Who wouldn't want the chance to get even with the man who scorned you? Matthew Broderick, obsessed with his lost love, happens to cross Meg's path in the process, and the two become unlikely allies.
Dark, funny and sweet all at the same time, Addicted to Love is a romantic, if strangely endearing film. Unfortunately, can't say the same for the DVD. Zero special features. Sure, you get scene selection and interactive menus, but what doesn't have that?
I bought mine used, but the point is I bought it. Don't overpay, but buy it cheap, and you'll be glad you got it.
4 people found this helpful

Kindle CustomerReviewed in the United States on September 28, 2014
5.0 out of 5 stars
Stay away from Strawberrie's
Verified purchase
This should've been called"Obsessed with Love"cause Mathew Broderick & Meg Ryan do the craziest things to get back at or to get back with their former lover's in this funny,creative,romantic movie.Meg Ryan plays this dark,daring,devil may care girl who only wants revenge on her last boy friend WHO just so happens to be shacking it up with Mathew Brodericks Old girl friend who he is still in love with,so he's wanting Meg's help in sabotaging the new couples relationship in order to get her back.great & fun movie.

HannahReviewed in the United States on March 26, 2015
4.0 out of 5 stars
Not your typical chick flick--but loads of fun!
Verified purchase
This one was pretty hilarious--and a bit psychotic. It was quite entertaining. Meg is as lovable as ever, even if she's a little more rough and kooky than she is in some of her more popular flicks. I watched it with my girl friends and we found it to be very entertaining and fun. I'm not sure I'll watch this again but it's definitely a fun one to see at least once--especially if you love a good chick flick that isn't cliche and Meg Ryan as much as I do!
3 people found this helpful

Film FanReviewed in the United States on June 19, 2018
5.0 out of 5 stars
Delightful film
Verified purchase
If your heart has been broken and you’ve survived with a sense of humor, you’ll enjoy this delightful comedic escape where longing, loss, revenge, healing and happy endings merge. Witty dialogue, slapstick, Meg Ryan and a cameo for Maureen Stapleton - a delightful film.
3 people found this helpful

Joe SReviewed in the United States on July 25, 2016
4.0 out of 5 stars
Second Thoughts on Revenge
Verified purchase
If you thought of Meg Ryan as soft and romantic, this movie will take you by surprise! Beginning is a little slow, but the action and plot come suddenly alive with the appearance of Meg, playing a vengeful jilted lover and joining forces with Matthew Broderick to undue their lovers' new relationship. Very entertaining with many twists of fortune.
One person found this helpful
See all reviews
Back to top
Get to Know Us
Make Money with Us
Amazon Payment Products
Let Us Help You
EnglishChoose a language for shopping. United StatesChoose a country/region for shopping.
© 1996-2022, Amazon.com, Inc. or its affiliates