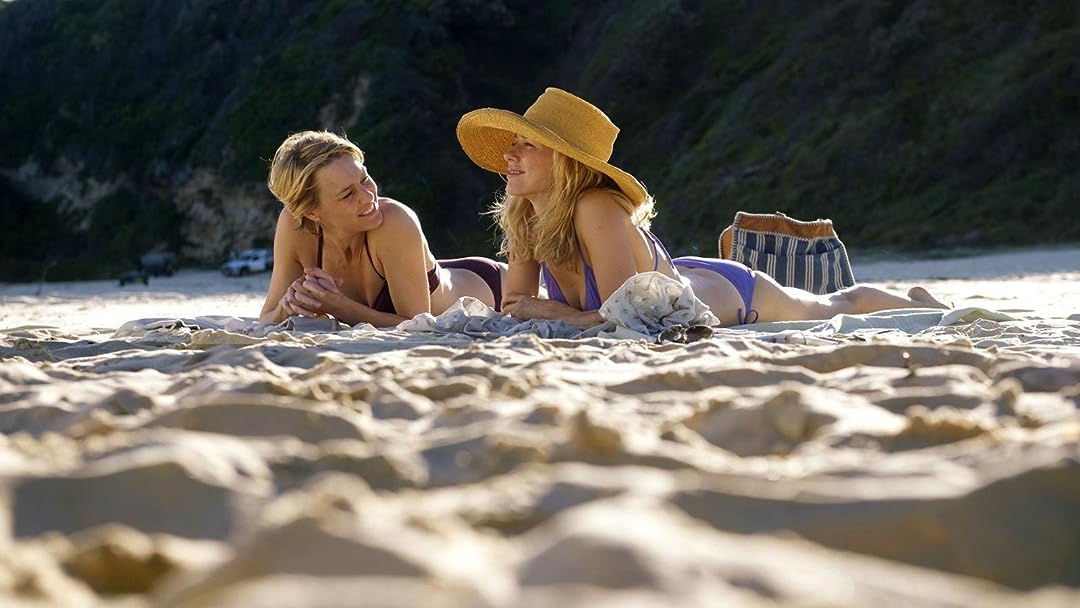 (1,237)
6.21 h 51 min2013X-RayR
Lil and Roz are lifelong friends. As adults, their sons have developed a similar friendship to their mothers. One summer, all four are confronted by simmering emotions that have been mounting between them. Starring Naomi Watts and Robin Wright.

Amazon CustomerReviewed in the United States on September 11, 2018
2.0 out of 5 stars
The scenery was the best part of the movie.
Verified purchase
Some spoilers.......The movie was boring. Two middle aged women obsessed with each other's sons. Two sons who can't let go of the cougars either lol. Nothing was resolved, marriages were broken and children were lost in the process and the fathers (the sons), didn't seem to care less. All this over their unhealthy sexual relationships with each other's mothers. They're all sick and pathetic. It felt pointless. The best part of the movie was the location and scenery.
104 people found this helpful

kalyaniReviewed in the United States on August 26, 2018
5.0 out of 5 stars
About time:Glorious, Stunning, Enthralling,True
Verified purchase
Finally a movie about the incomparable beauty of older women. Sometimes it’s the only thing that will do or stick. People fall in love and don’t realize it until they compare it to something that’s not quite it. Don’t think too much. The most divine, purely beautiful setting with ideal lifestyles and lots of Money sure helps as they say money is #1 destroyer of relationships. Take that factor out and you’d see a lot more people making better choices for their soul. Some things may last forever, for a season but what the soul craves is a gift and to be cherished. For those who believe:clearly past life relationships brought back together in this life by the desire for completion, fruition and the grace of pure love. So much pleasure, fun, fulfillment,flow, harmony and beauty. So tragically rare in our world and our experience.Completely in sync with incomparable surroundings as in blending as one. No one would ever want to leave. Makes perfect sense viewed this way
64 people found this helpful

MaryReviewed in the United States on November 18, 2018
4.0 out of 5 stars
psychologically thought provoking that will have you rolling over in your mind a thousand questions
Verified purchase
The plot of this movie is simple and doesn't take a lot of turns. That's unnecessary because the 'story' isn't the point of this movie. It is a different animal. It's emotional and psychologically layered. You are constantly thinking about the consequences of your choices. The age difference is a prominent question . The Mom's being lifelong friends have a bond that is PARTLY due to being the same age...they've had shared experiences over time and that is one of the strongest relationships. I love their best friend relationship. The only time the age difference disturbed me was the scene showing the Mom's with the boys when they were preteens and the women, clearly grown. Of course there was no sexual relationship at that point but you know it's coming so that scene grossed me out. What is unlikely about the film is NOT that women would be interested in younger men, but instead that they would be interested in THESE particular younger men....men they had known since they were a baby; men they probably helped raise to a degree. I think psychologically for most women, there wouldn't be that desire. In real life those young men would be a bit like family so there wouldn't be sexual feelings. So your mind wanders to all kinds of questions...did they not see one another but rarely? Would that make it more psychologically plausible? I like a film that makes you think but if you don't want to pick apart a movie psychologically, and merely be entertained, then this isn't the film for you. I am also not comfortable with graphic simulated sex scenes. To me it is voyeuristic and unnecessary. Seems like a low, cheap opportunistic move to make movie money. If you feel the same, probably also not a film for you. As a Christian, I think stories such as this, in movies and in real life, proves that sex outside of marriage can open a real can of worms. I couldn't help but think of all the deep, deep pain these women suffered as a result of falling to temptation and indulging in secret pleasures. It also made me think of how different personality types handle such relationships differently. Ian, could handle it. He seemed very capable of knowing what he wanted very young, feeling it deeply, and committing to it. They discounted his ability to do this due to his age. He only was in the other relationship because he was not given the option of continuing the one he truly wanted. He was right to a degree when he told Roz she had caused the complications and destructions. I went crazy trying to figure out why Roz, in trying to force the right behaviors, almost destroyed them all. I guess she was trying to close the barn door after the horse was already out. But the other young man, Tom, was a much more complicated, inevitable to at least be on a roller coaster. Did he only start the relationship out of revenge?. Did it continue due to youthful hormones only? He didn't seem to know himself as well as Ian and was far more prone to a wandering eye. Yet he could never be free either from his May-December romance. How could such a simple movie, be so complicated, but it is. I'm going to be thinking about this one for a long time. I loved the ending even though many reviews thought it 'resolved nothing'. I think it was clear they were all back together involved in a situation they both could not free themselves and yet doomed when you try to figure out this can end well. Still you oddly find yourself glad they are together none the less. Are these young men willing to stand by these women as they age? Go through menopause? if they develop osteoporosis or get forgetful? If not, did they ruin the ladies opportunities to be with men who would be with them in the bad times as well as the good? Would they always have to be in hiding or be social outcasts? Would their inevitable ex-wives out them? So many questions!!!
40 people found this helpful

Amazing GraceReviewed in the United States on September 16, 2018
1.0 out of 5 stars
Women perverts in the Me Too era
Verified purchase
I love seeing older women showcasing their awesome beauty and leading in movies but I am disgusted by these two women. Naomi....Robyn...I am no longer a fan. You are now in the league of the Harvey Weinsteins of the world. What an accomplishment!!!! To show motherhood and womanhood in this perverted light slays me. Shame shame shame on you two "Doreen Grays".
48 people found this helpful

Amazon CustomerReviewed in the United States on September 25, 2018
5.0 out of 5 stars
Bittersweet yet....
Verified purchase
I have never seen a movie quite like this. Oddly, I stumbled on to it just looking for something I hadn't seen and, despite the storyline which did not appeal to me, I watched it because of the actresses who played the two main female characters.

Putting judgment of the situation aside, I found it very beautiful and emotionally intense. The scenery can't be beat. It was filmed in a paradisical location and the homes were also beautiful. Xavier Samuel has the X factor that so many who love him were tuned into.

If on the fence, I would say to see it. I've watched it over and over just because of Xavier, the scenery, and even the beautiful music. I find it relaxes me.

Rachel QReviewed in the United States on November 8, 2018
5.0 out of 5 stars
Sensual, Thought-Provoking, Perfect Acting
Verified purchase
This movie is amazing on so many levels that I cannot believe how poorly reviewed this movie is! So many reviewed it poorly because of they disapprove of the relationship between the young men and their mother's friend. I find this fascinating as SO MANY movies/tv shows have a main character who is vengeful, murderous, violent, deceitful, etc. and people seem to have no problem with that. This movie portrays such complex relationships so well - as well as the fallout - and leaves me with so much to think about. I have rewatched it so many times. And as a middle-aged woman, I won't deny there is an appeal in watching a movie where young men find women of a certain age desirable. I suppose it plays a bit to the fantasy that someone in their prime would find an older woman [substitute me] appealing. I know that is not a popular/socially acceptable viewpoint to have, but it is the honest truth.
15 people found this helpful

thisishowishowmyloveReviewed in the United States on March 28, 2016
5.0 out of 5 stars
Beautiful Movie
Verified purchase
I absolutely love this movie. The gorgeous Australian ocean backdrop is calming and soothing. Every time I watch 'Adore' I feel relaxed just from the scenery! The second best thing about this movie is the lack of unnecessary drama. It flows in a natural way and just when you think there is going to be some big upset...the plot continues to be mellow and amazing. Finally, the chemistry between Robin Wright and Naomi Watts is very sweet and feels genuine. My favorite scene is when they both start laughing...it feels very unscripted.Then cut to the boys running down the beach with 'In These Shoes' playing...it's pure joy!
47 people found this helpful
See all reviews
Back to top
Get to Know Us
Make Money with Us
Amazon Payment Products
Let Us Help You
EnglishChoose a language for shopping. United StatesChoose a country/region for shopping.
© 1996-2022, Amazon.com, Inc. or its affiliates