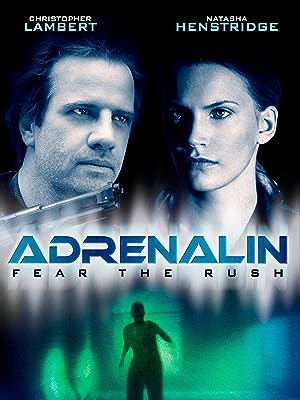 (41)1 h 16 min1996R
The Russian government has collapsed. Amidst the chaos, riots, and struggle for power, a terrible weapon has leaked out. Virulent microflage, a deadly germ of the cold war has begun to spread across Eastern Europe, killing massive numbers of people. Now, in a quarantine camp set up for immigrants in 2017 Boston, one vicious murderer has the disease.

This was Boston? Maybe the Boston in the Czech Republic. Our police chief did not have a Boston accent.

Can you imagine the Alien shooting at Ripley with a hand gun? It adds a strange dimension to the 'demon in the dark' sense of danger that your usual horror film goes for. That just ain't right.

Did the DVD have any extras on it- like a director commentary as to what the heck he was thinking?

carl P. magleReviewed in the United States on December 9, 2019
5.0 out of 5 stars
received it thank you
Verified purchase
thank you

EricReviewed in the United States on October 31, 2010
2.0 out of 5 stars
Nostalgia Stings
Verified purchase
I must say, when I originally saw this movie, I was a teenager. I thought it would be a good film to see again now (a decade later), but now realize that I really HAVE changed since then. The movie was nowhere near as exciting to me now as it once was. Perhaps I could donate it to some kid looking for something older than he/she is. However, I doubt that any true teen with CGA capabilities swimming through their head would appreciate such a film, so perhaps a resell elsewhere will suffice.

Smart ShopperReviewed in the United States on January 13, 2013
3.0 out of 5 stars
Lots of Blood
Verified purchase
Although this was not one of his better movies, I like Christopher Lambert, and there was a lot of action.
One person found this helpful

sabreReviewed in the United States on September 2, 2010
3.0 out of 5 stars
Creepy little feature .....
Verified purchase
The movie moved along at a good clip but was redundant. A few scares and chills but not enough to make this a movie to watch again.

Kindle CustomerReviewed in the United States on March 24, 2013
5.0 out of 5 stars
love it
Verified purchase
great movie been looking for it for ever. had it on vhs tape. just found it on dvd great price

bearReviewed in the United States on December 14, 2014
1.0 out of 5 stars
One Star
Verified purchase
sucks

Kindle CustomerReviewed in the United States on July 21, 2013
3.0 out of 5 stars
Satisfactory when one of many
This is not a bad second feature on a movie bill. The powers that be have given the potential viewer that option by putting it in collections with as many as 8 or 9 other B pictures. As such, weighing in at only 76 minutes, it is a nice filler when you have a little time to kill and don't want to get involved with a longer, more engaging film. That's the way I used it, and as such, it served the purpose pretty well. Yes, as reviewers point out, there is a bit of cocamamie business at the beginning which is irrelevant to the rest of the film, something about a prison area and the need of passports. Forget it, except for a sequence at the very end, it plays no role at all to which you need attend. True also, 95% of the action is in a limited area which seems fully equipped with endless corridors, dungeons and assorted hiding places. To me this simply meant that the whole film was really only what would be a segment of a longer movie. Why worry. Yes, I, too, noticed that the X-man was capable of extraordinary killing power against presumably trained policemen, some of whom wore protective gear, others of whom wore none, with no apparent ill-effects. One can point out other elements which can contribute to a moment's bemusement; however, the point is, that by accepting these without quibble, over-all it is a not bad way to fill 76 minutes. There is action, there are untenable situations from which to escape, there is a lot of shooting, and a woman comes out top-dog.
In sum, if this is not going to be THE event of your evening, if it is just a filler, as most of TV fare is, then it is worth the few cents it costs if purchased as part of a collection. I would not ,and did not, buy it with a four dollar (plus purchase price) bill to get it, from Amazon.
See all reviews
Back to top
Get to Know Us
Make Money with Us
Amazon Payment Products
Let Us Help You
EnglishChoose a language for shopping. United StatesChoose a country/region for shopping.
© 1996-2021, Amazon.com, Inc. or its affiliates