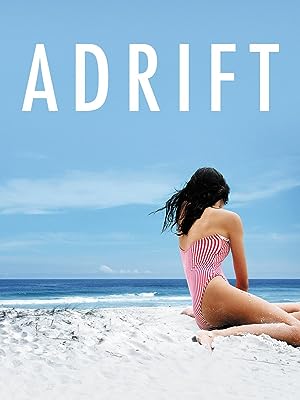 (51)
6.81 h 42 min200918+
In this sexy thriller from producer Fernando Meirelles, a teen girl discovers that her father (Vincent Cassel of Black Swan) harbors a dark secret that threatens to tear her family apart.

Hee Chul KwonReviewed in the United States on February 23, 2016
5.0 out of 5 stars
GOOD COMING OF AGE MOVIE
Verified purchase
Actually there's no reason for this movie to be not rated. It could have been PG-13.
The story is kind of simple. Laura Neiva (As Filipa) is about 15 or less who sees her father having an affair with another young girl and begins to learn the meaning of sex and she experiences her first sex with the man she thinks is idea enough to lost her virginityl.
There is no nudity and only brief moment of indication of sex shots and I personally think that this movie is more for teenagers too.
The story is about the parents having trouble and decide to live separately and one of the reason is because the mother is having a lover with a man who is about 10 years younger then her. Also the father is constant affiair with other women too,
While witnessing his father having sex with a young woman, Fillipa(Laura Niva) a young and innocent looking girl begins to feel that he is no longer a girl anymore. Around her, a lot of men are approaching to her hunger for sex. Sometimes in a bad way, sometimes maybe because they liked her so.
Fillipa(Laura Niva) finally chooses one and experiences her first sex on the boat with him who is a cocktail bartender.
He seems nice and handsome in some way.
Now she is a woman.
It was not ideal for her to experience her first sex but it came out to be that way.
The father was waiting her on the beach when she was comming back from the boat where the bartender is still in.
Laura Niva is very young and she was 16 by the time when she was in this movie. She looked a bit younger then her look, like 14 or 15.
She has this strange charming look. An innocent, fragile looking. Sometimes a girl that will make sudden behavior.
Vincent Cassel is a good actor who can act most any roll. From a maestro to a playboy. A killer to a cop.
The beach side view was wonderful and reminded me of another movie SEX AND LUCIA, a notirious NC-17 movie made in Spain.
Because the main charactor was too young, the director didn't show her having sex with the bartender. Also it was better not to show the moment and I liked it that way. This is not an erotic movie anyway.
After all, it was a delightful 1:40:00 watching beautiful acting of Laura Niva, Vincent Cassel.
You must check this movie out. It is only 4.5$ in amazon.

The Lone StrikerReviewed in the United States on February 19, 2013
5.0 out of 5 stars
I Really Enjoyed This.
Verified purchase
This is the story of a Brazilian family spending their summer at their beach house, told mostly from the perspective of the family's 16 year old daughter, Filipa. The father is a well know writer in Brazil, writing in Portuguese but but actually of French extraction (he's played by the excellent and very multilingual Vincent Cassell - real life spouse of Monica Belluci, who is unfortunately not in this film - he can also been seen in the Mesrine and Shrek series, Oceans 12 & 13, Elizabeth, Haine, Black Swan, etc.) and some of the dialogue btwn the wife and husband switches from Portuguese to French, when they want not to be understood by the kids..

Which happens to be quite often, because their relationship is in meltdown, and Filipa is all too perceptive.. Far too perceptive, in fact, because she notices far more than she is meant to, and begins to misinterpret the situation, as she becomes privy to too many secrets.

Like Filipa, we are invited to judge her parents, to take emotional sides. Poor Filipa is just trying to grow up, and the adults in her life are not helping. Not, at least, when it comes to modeling functional adult romantic relationships.

That's the drifting that the title refers to. Adrift in a world of overwrought and aching adolescence without sufficient moral or emotional referents. I was just thinking it reminds me somewhat of the excellent 1997 American film Icestorm, only being set in sunny Brazil, rather than wintery suburban Connecticut..
One person found this helpful

ireneReviewed in the United States on October 31, 2018
3.0 out of 5 stars
great seller,
Verified purchase
hard to belive it; we got the movie in the usa, and Portoguese speeking, hard to read it, beside; what is that; max 2 min was in the water,
not worth it. but the seller was great, thank you ; IRENE

LakeKidsReviewed in the United States on November 3, 2011
5.0 out of 5 stars
Sad Tale
Verified purchase
The break up of a family has been done many times on film, some better then others. What we felt set this one apart is the way the problems of the parents are seen through the eyes of the kids. Part of the tragedy is that they often see the heart of the problem far more clearly than they are given credit for, and just as often come to the wrong conclusions and react to them. Very good acting, especially the girl who portrays the oldest daughter. She speaks volumes with just her facial expressions.Very well done!
11 people found this helpful

John E McBrideReviewed in the United States on November 20, 2014
5.0 out of 5 stars
Touching film of a family in crisis
Verified purchase
A story that can be identified with by many people. Family goes on vacation amid the collapse of the family. It is tender at times and violent at other times. Audio is in Portuguese and it has English subtitles. Some of the movie might be offensive to more prudish Americans but there is no underage nudity and it is a film worth seeing. Then teen star Laura Neiva is currently a top model and actress in Brazil but this is the only film with her in America, so far.
2 people found this helpful

MAYANKINGReviewed in the United States on February 23, 2017
5.0 out of 5 stars
Dysfunctional family 14 year old girl impact
Verified purchase
What a movie about a family falling apart and impact on 14 year old girl
One person found this helpful

al safarReviewed in the United States on May 24, 2016
2.0 out of 5 stars
Nice scenary
Verified purchase
Nice scenary, feel of a beach holiday, only marred by tantrums by kids and adults.
Decisions, relations, and actions left me wondering why. Ending was unclear.
One person found this helpful
See all reviews
Back to top
Get to Know Us
Make Money with Us
Amazon Payment Products
Let Us Help You
EnglishChoose a language for shopping. United StatesChoose a country/region for shopping.
© 1996-2022, Amazon.com, Inc. or its affiliates