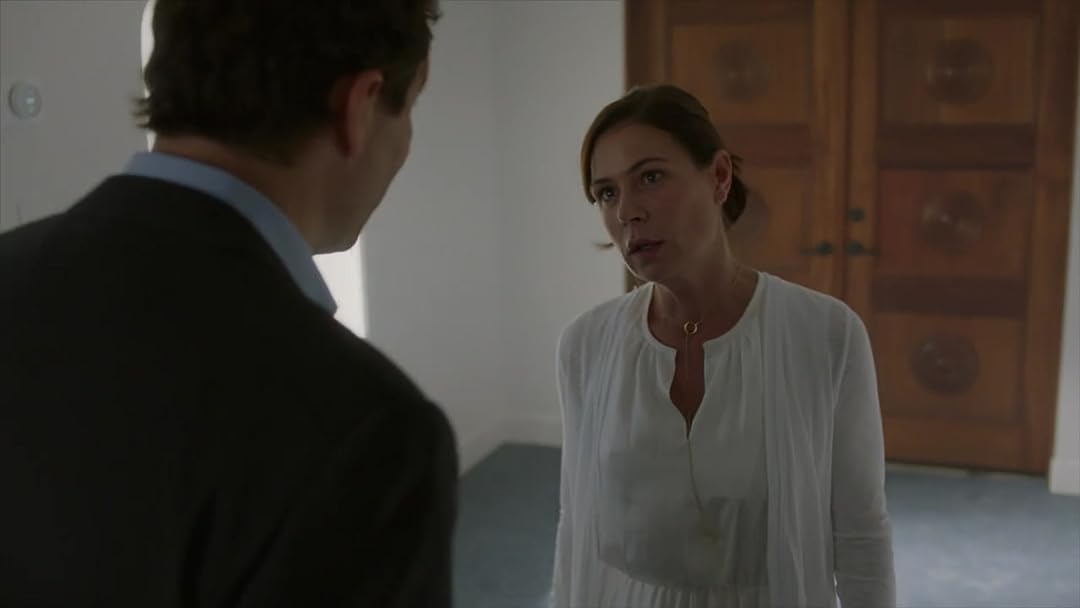 lusty22Reviewed in the United States on September 3, 2019
2.0 out of 5 stars
Stupid
WTH?? Loved this series, but to skip ahead to Joanie being this old, it's just bizarre. For one thing Anna Paquin? Why would they cast her? She's got to be close to forty. And what's up with her southern accent? It's off, it's just such a disappointment. She was cute in True Blood, but terrible for this role. I hate the segments with her, her weird house, her wrong accent. I fast forward and just watch everyone else. It's a terrible twist to add to this last season, skipping so far ahead. Allison's daughter wouldn't and didn't look like this. Joanie had dark hair. What about Allison's murder? Can we solve that? Why don't we actually try to follow where season four ended? It's just so stupid.
118 people found this helpful

avid readerReviewed in the United States on September 15, 2019
1.0 out of 5 stars
Wait, What?!
What on earth is going on in Season 5? Joanie Lockhart is old and Montauk is under water. What happened to Ben, Alison's murderer? How is it that Helen is dating a movie star when Vik's been dead for several months. Why is Noah such a loser after having a successful book and another one coming out? It's a hot mess. Where are all the good writer's who crafted Season's One and Two. C'mon, guys. There's a lot to work with here. Why this garbage?
80 people found this helpful

VeroniqueReviewed in the United States on September 1, 2019
1.0 out of 5 stars
Really?! It can be THAT Bad?!
What kind of writing is it?! In Seasons 1 and 2, the series was good because it was realistic and the characters struggled emotionally. This series is an empty recap of stories that were already told. For films and television, you cannot TELL the audience what happened, but you have to SHOW them. The series's writer is completely incapable. For example, in episode 3, the journalist was giving a verbal account of Noah's life. The point was to show that he has been through a lot. A witty writer will show the point, but this pathetic writer gave the journalist a line, who said "Do you think your circle of redemption is complete"? When Siera's mom asked if she's ready to go to the (mental) hospital, Helen asked, "What's going on?" Sierra's answer was, "My mom wants me to be 'institutionalized.'" Who on earth would speak like that? This is not a Shakespearean play.

The characters have reduced from seasons 1-2's complex human beings to stupid, simple-minded characters in this season. Helen's character is particularly ridiculous. She went through a divorce and was able to take care of a dying husband, Vik. Why would she fall for Sasha so easily? In Vik's funeral, his family wanted cremation, while Helen wanted a burial. Do these writers think we will really believe that Helen would scream in Vik's funeral? She's from an upper class family and is not THAT stupid. The writers just don't care about the subtlety of the characters and simply portray them as simple-minded, two dimensional characters. This season completely lost the flavor shown in Seasons 1 and 2.

These are just some examples. The birth of Vik's baby was ridiculous.

And why would Jona be so old? For F-sake, she had dark hair in the previous seasons. Why would she suddenly become blonde, so old, and fat? It's completely unbelievable. Don't even try to click and watch Episode 6. The fat woman with a token black man is so much of a cliche. Really? The writers really think that the audience is THAT stupid?

For those who cannot bear to watch Episode 11, I skipped and watched some. So Helen and Noah have finished having affairs with the whole wide world, and there's no one left, they went back and have sex with each other. And the writers must have felt that they need to restrain themselves from further writing; they killed all the characters and Noah only has a few years to live. He became grey-haired, went to Helen's grave, read his Stacey's (daughter) self-pitied book and did a flash mop dance. This future Noah has NO connection with the present at all. Since when was Noah into dancing? And Allison is completely erased from his memory? They might as well dress Noah in a NASA outfit and send him to the moon in a space ship to meet a bunny. It's completely ridiculous.

Oh boy. What's wrong with the writers? Are these undergrad interns?

SandraDeeReviewed in the United States on September 3, 2019
1.0 out of 5 stars
Season 5 just shouldn't have happened....
Ugh. I just finished season 5, episode 2 and it is so unwatchable. I always wonder how a show can start out SO good in its first couples seasons and then just go completely off the rails. Did they get new writers? Suffer from really poor creative leadership? This episode was just so slow and painful. I may be done before the series is.
73 people found this helpful

lorlabeneReviewed in the United States on September 16, 2019
1.0 out of 5 stars
Terrible
This series should have said goodbye @ Season 4 and left it at that. Instead, they went ahead with a terrible story line, disgusting characters, even the acting leaves much to be desired. Watching this it seems that the directors and producers just want to make a bit more $$ and are throwing together disgusting sex scenes thinking that people will come back for more. The characters have all been changed to mindless idiots. looking at some of the other reviews, I just learned who Anna Pacquin is playing (until I learned that she is supposed to be Allison's daughter, I was totally confused what she was doing in this series ~ my review is less than a rating of ONE, Did the producers/directors not see that Pacquin is much too old to play that part ~ Talk about leading people to utter confusion, you earn 5 stars for stupidity ~ unbelievable people ~ I for one am DONE
44 people found this helpful

Just my opinion!Reviewed in the United States on September 10, 2019
1.0 out of 5 stars
Why ANNA PAQUIN?? Why the future?
I mean seriously!!! Anna Paquin? Like... wtf?? Why? For starters she's not interesting and casting her as Joanie was CRAZY!! Shes too old at this point... ir how far into the future are we? What's with the future jumps anyway? AND what's the point? Season 1&2 were great. The characters were realistic and their personal views and experiences in the world clear. What's with this weak, suddenly unlovable, not to mention unbearable, Noah in Season 5. I'm out! Not watching anymore. 3 and 4 were t great but you could at least follow... well sort of...
44 people found this helpful

DottiReviewed in the United States on February 24, 2021
5.0 out of 5 stars
Needs another season
Verified purchase
Great series. Loved it.
5 people found this helpful
See all reviews
Back to top
Get to Know Us
Make Money with Us
Amazon Payment Products
Let Us Help You
EnglishChoose a language for shopping. United StatesChoose a country/region for shopping.
© 1996-2021, Amazon.com, Inc. or its affiliates