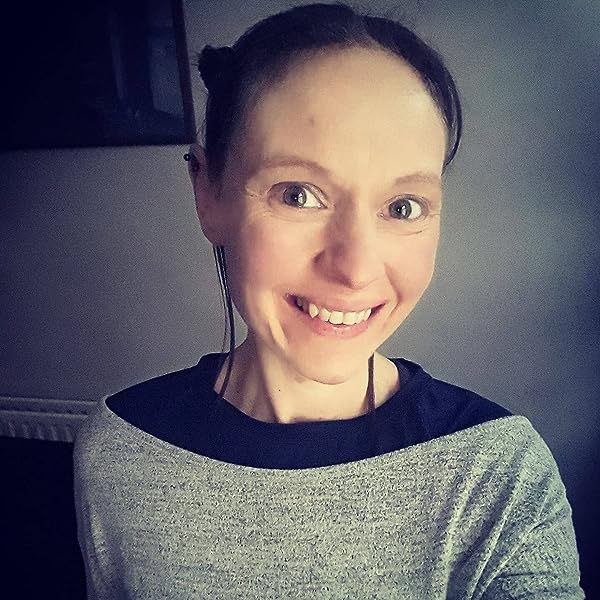 by Angeline Trevena (Author)
4.0 out of 5 stars 7 ratings
Part of: Poisonmarch (2 books)
See all formats and editions
Sorry, there was a problem loading this page. Try again.

The end has already come. This is what followed.

For those left behind, it was a matter of survival. Some opted out, unable to find a place for themselves in this new world. Others struggled on, trying their best to reclaim the lives they once had. And some people thrived.

This is a collection of their stories. The survivors, the deserted. Those still clinging to hope, and those who have abandoned it.

Angeline Trevena is a British science fiction, fantasy, and horror author. Creator of The Paper Duchess series, she is best known for her feminist brand of dystopia.

She’s been writing stories since she was old enough to hold a pen, and after gaining a BA Hons degree in Drama and Writing, she honed her craft with horror and fantasy shorts which are published in numerous magazines and anthologies.

Angeline grew up on the edge of Dartmoor, Devon, amongst its legends and ghost stories, but now lives in central England with her husband, their two young boys, and a somewhat neurotic cat.

4.0 out of 5 stars
4 out of 5
7 global ratings
How customer reviews and ratings work

M.
4.0 out of 5 stars touching and harsh
Reviewed in the United States 🇺🇸 on April 18, 2017
Had I read the blurb before reading the book, it might have seemed lacking. After all we are thrown right into the 'after' part of the story; we don't get to see people disappearing, the missing posters, nor people opting out. Maybe a better blurb would be something like:

"The end has already come. This is what followed.
A collection of the stories of the survivers, the deserted. Those still clinging to hope, and those who have abandoned it."

Fortunately I didn't read the blurb, only the title and tag line, so I was able to fully enjoy this collection of short short stories, as it made for a good narration of the new (apocalyptic) reality the characters had to deal and cope with.

Each of the stories stands alone, yet, together and in order, they form a better and more complete picture. The few glimpses of characters possibly 'crossing paths', without actually doing so, pulled it all together.

'The Light' was particularly sad, I found, though each and every one was touching and harsh at the same time.

Ami A.
4.0 out of 5 stars Where did they go???
Reviewed in the United States 🇺🇸 on November 11, 2018
I enjoyed this collection of short stories from different people affected by the same apocalyptic disaster. It helped me understand the plot to know that this is a prequel to While We were Waiting, book 2, in a series. I love apocalyptic tales and this little book definitely grabbed my attention. I there is also a preview of the second book at the end. I hope you enjoy it as much as I did.

Disclaimer: I received a copy of this ebook from the author and this is my honest and freely given review.
Read more
Helpful
Report abuse

Candy
4.0 out of 5 stars a dozen trailers to a full book later hopefully
Reviewed in the United States 🇺🇸 on December 29, 2019
Interesting touching collection of short, short stories set in the world after a vast number of people have just disappeared. Wish there had been more but did like what was there. These are more like a dozen trailers for a future full length book. I received this free and am voluntarily leaving my honest review.
Read more
Helpful
Report abuse
See all reviews

Spirited Mama
5.0 out of 5 stars Short and Engaging
Reviewed in the United Kingdom 🇬🇧 on July 29, 2019
Verified Purchase
It’s short and sweet (and a little bit bitter) and will leave you wanting more! If you like post apocalyptic dystopian stories, or even if you lean towards drama, then you’re likely to love this engaging read.