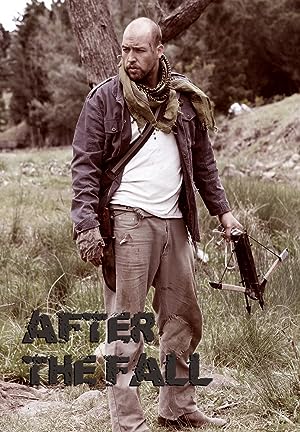 Included with IndieFlix Shorts on Amazon for $2.99/month after trial

Watch with IndieFlix Shorts
Start your 7-day free trial
Add to
Watchlist
By ordering or viewing, you agree to our Terms. Sold by Amazon.com Services LLC.
Write review

MarieReviewed in the United States on August 20, 2017
5.0 out of 5 stars
Five Stars
Verified purchase
Great production with an inspiring cast, story, music, setting and directing.
2 people found this helpful

H. BalaReviewed in the United States on August 31, 2018
5.0 out of 5 stars
"Justify your existence at the beep."
After the Fall could never be on the primary Hallmark channel. It's too somber and too packed with dark emotions. But there's its sister channel, Hallmark Movies & Mysteries, that caters to more dramatic, angsty, sniffles-inducing programming. Good thing, too. After the Fall is worth a watch.

I've always contended that Hallmark, in a nutshell, rolls out stories about pretty people having pretty people problems. Except, once in a while, the problems ain't so pretty. Take 21-year-old Jenna Danville (Andrea Bowen), a competitive show jumper about to perform at the Mid-Regional Final at Lovelo. A catastrophic fall renders her unconscious for five days. When she wakes up, she's a paraplegic, her paralysis courtesy of five compressed vertebrae.

Prognosis isn't so good. Her doctor is iffy about her chances to walk again. He recommends a specialist, Dr. Susan Miles (Gail O'Grady), who's been experimenting with a new spinal treatment that involves neuroregenerative medicine, surgery, and intense, intense physical therapy. Jenna gets put in the medical trial.

Lotsa folks aren't well-heeled. Jenna is one of the fortunate souls, her family not strapped for cash. The best sort of wheelchair is afforded her. Her widower dad is an architect in his own firm. He right away decides to work from home so as to be there for his daughter. Greg Evigan has built up huge cachet with me for his old tv show from the late '70s, B.J. and the Bear. Still, I think I'm fairly objective when I say he's very good as the supportive, loving dad.

I appreciate the movie's doing a deep dive into the awkwardness and discomfort felt by those around Jenna. Her fiancé shows his mettle by sticking around for a minute and then dumping her. Her longtime friend Heather (Alicia Ziegler) seems around for the long haul except how can you blame Heather for feeling out of sorts whenever she's hanging with Jenna? Heather's a lively, active girl who loves to go dancing and skiing and such. It's only natural that, at some point, she starts pulling away even if she doesn't mean to.

It's a well-acted melodrama, and I felt the emotional beats. Andrea Bowen inhabits her role with conviction. She invests Jenna with determined ferocity but also gives her space for her to crack occasionally, because you cannot be strong and resolute 24/7. Bowen is a good enough actress that we readily feel for her character and share her struggles as she goes thru the ups (very few) and downs (many) of her experimental rehabilitation.

As you and I know, you can't do this alone. Even as some folks pull away, others step into Jenna's life, like her relentless physical therapist Eugene (Nick Gonzalez) and her new neighbor Will Dutton (Rick Malambri), an ex-bronco buster who went to vet school. And since the platform is still Hallmark, naturally, Mr. Dutton is this studly cowboy. Given, it wasn't his good looks or charm as much as that one awesome thing he does for her on the sly that really ends up motivating her to attack her rehab.

Don't be surprised when you find yourself drawn to Jenna's new friend Annie (Fiona Dourif). Annie's a fellow patient at the Tarasi Spinal Institute, only she's been wheelchaired a year or so longer than Jenna. If I get a vote, I say Fiona Dourif is the best performer in this movie. What she does in this role - how fierce she is and competitive she is and complex she is - reminds me of how a young Angelina Jolie used to attack her roles. Hell, I even get a kick out of Annie's voice mail prompt: "Justify your existence at the beep."

Does Jenna get to walk again? Maybe, maybe not. It's a tormenting journey marked with growing pains and resentment and plenty of chances to just plain give up. Whether Jenna walks again may not be the point. I love her try. I love her self-belief. I love those who stayed by her and encouraged her and pushed her. Then, again, who the hell am I to say "Whether Jenna walks again may not be the point"? I'm f'ckin' ambulatory. Anyway, After the Fall is inspirational stuff, worth enduring the dark passages just to observe how, sometimes, one's drive and spirit and sheer muleheadedness can make a very big difference. Also, Annie's van is wicked awesome.