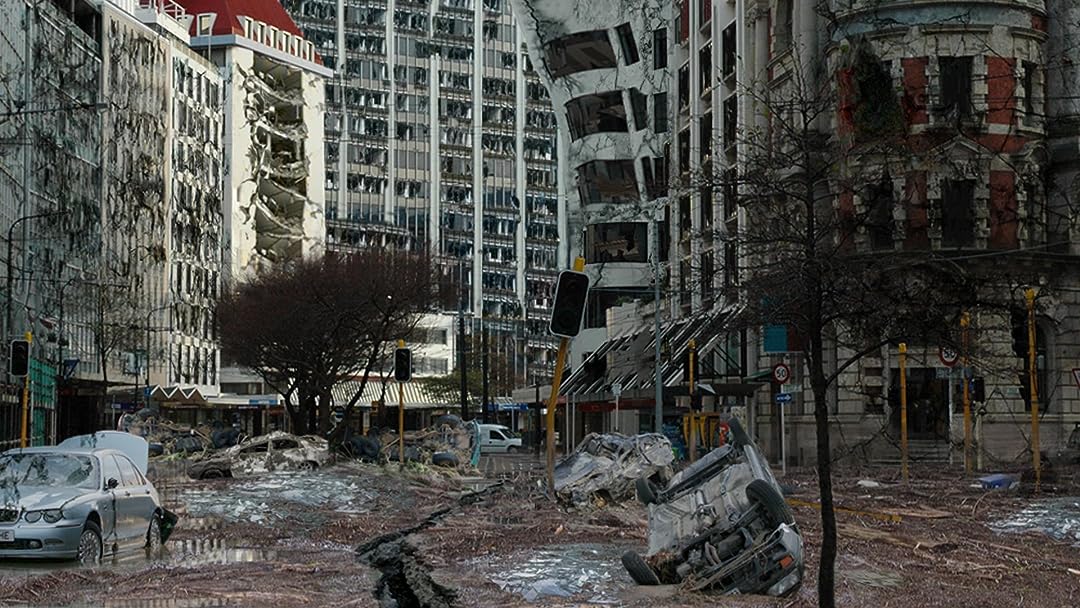 (149)5.71 h 33 min201813+
Aftershock follows the interwoven stories of four groups of people in the minutes, hours and days after their city is destroyed by "the big one" - a magnitude 8.2 earthquake and subsequent tsunami. Buried office workers must pull together to survive; strangers caught by the tsunami on the ruined motorway must team up, but will they help each other or protect what's theirs?

Karras BommerReviewed in the United States on March 18, 2018
1.0 out of 5 stars
Jittery Camera Loser
Verified purchase
This might be a really good movie. I'll never know. This movie is filmed in that jerky, jumpy camera technique that makes the film look like its being filmed with someone's cell phone. The jittery camera gives me a headache and greatly interferes with my ability to absorb the film. So this was a no-watch for me.
29 people found this helpful

Michelle ZastrowReviewed in the United States on January 15, 2018
4.0 out of 5 stars
and I felt like the settings and how the stories progress are realistic ...
Verified purchase
A decent film that follows the perspectives of several people in the hours and days following an 8.2 earthquake and tsunami. I appreciate that the movie doesn't glamorize the aftermath as some large budget, feel-good movies sometimes do. It feels real and gritty, being there listening to the rescue operations making the decisions of what to save and where to distribute limited resources, and the many ways each story line presents to the chaotic scenes and death that the survivors must handle.

The acting and dialog are decent, and I felt like the settings and how the stories progress are realistic in the way they've been filmed. There is no single hero to save the day, and sometimes decisions that are made lead to a tragic ending of a particular story line. The ending isn't a happy one, but seems appropriate for the tone of the movie.

MarieReviewed in the United States on June 17, 2019
5.0 out of 5 stars
A realistic view of after a disaster
Verified purchase
Many have stated they didn't like it...due to it being not a Hollywood-style movie and because of the accent. Not all movies are made to be entertaining to the masses. Some are stories, events, thoughts, etc., that just need to be told. This is one such movie. Anyone who has survived a disaster or has trained to assist will see this as a more like a documentary or a training 'video'.

For all my fellow CERT's (Community Emergency Response Team), this is what we need to watch, not San Andreas.

If you are looking for an action-packed Hollywood movie, this isn't for you. If you haven't been in large disaster and want a feel of what to expect, this is definitely something to watch.
8 people found this helpful

Nobody S.Reviewed in the United States on February 19, 2018
5.0 out of 5 stars
Like NO OTHER Weather Apocalypse Movie You Have Seen...
Verified purchase
I have never been one to be moved to write a review about any movie. But this one, just wow. Extremely well done. The story lines are not unnecessarily tragic or hopeful - nothing is over dramaticized. You can expect being saddened by loss and surprised by survival. Some story lines really struck me: they were really good at capturing the lack of closure humans would have if such a catastrophic event were to happen: there is no sad goodbye before the last breath is taken, no recognition of heroes lost. The movie really captures the frivolity of survival: people seem to have randomly died or survived (you can't guess that the "bold leader" will survive in the end, and "the jerk" will die - as what usually happens in movie tropes). And finally, some loose ends are never tied up.

This movie leaves you feeling differently from other weather apocalypse movies. I didn't rush to run google searches on the likelihood of these events, frenetic and nervous (like these kinds of films and their effects usually provoke me to do). This movie just sat with me for a while. It, though clearly covering a heinously catastrophic event, was subtly and beautifully done, trying to cover the "fact of human nature" rather than drama. Broke my heart to see it only had a "tv film" release.
16 people found this helpful

MZReviewed in the United States on April 12, 2021
4.0 out of 5 stars
So Real
Verified purchase
This movie was amazing in its realism. It really gets into the nitty-gritty of what would happen after "The Big One." Know what? They're not kidding about people being on their own for a week or so after such a huge quake. It's set in New Zealand in and around Wellington, so it's nice to see what Wellington looks like. It's a fascinating blend of showing news reports interspersed with what happens to a few groups of people trying to survive after the quake: a group of office workers, a mother and her children who were home, a couple of strangers who were driving in cars that were overturned, and the emergency personnel manning HQ near ground zero trying to help as best they can. There are no big back stories for each character. You learn bits and pieces about each as they react to circumstances. Some make it through, some don't. Some die during the quake, others after. It's grim. But it also teaches a lot of lessons just by showing what happens. It seemed very real. The special effects are sparse, with many scenes showing the aftermath of events. It's a great movie if this is what you're looking for.

Reader in LAReviewed in the United States on January 23, 2018
5.0 out of 5 stars
Realistic
Verified purchase
Most realistic earthquake movie I have ever seen. No hero to save the day. No fake professor spouting fake earthquake talk. Just regular people trying to survive.
16 people found this helpful

Glen HannemanReviewed in the United States on June 16, 2021
5.0 out of 5 stars
Very Real
Verified purchase
I've am what you might called obsessed with disaster films. I'll watch the B movies that are so far fetched that it is one long running joke, to ones like this one. This one is too near reality to really be called entertainment. A better description would be educational. The location of the disaster was well researched, on a fault zone, with a history. The acting was like the real after accounts of people's experiences. If you want to know what could happen after a big quake, this is a realistic view. And that is coming from a Californian that has live through 2 big quakes and numerous 'little' ones.
See all reviews
Back to top
Get to Know Us
Make Money with Us
Amazon Payment Products
Let Us Help You
EnglishChoose a language for shopping. United StatesChoose a country/region for shopping.
© 1996-2021, Amazon.com, Inc. or its affiliates