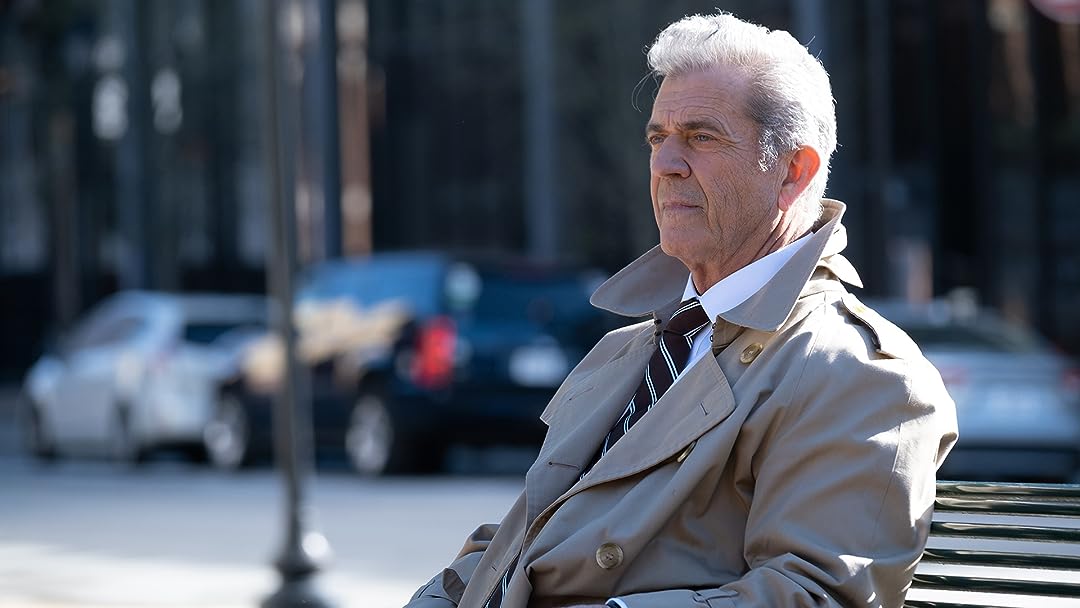 (641)
3.81 h 30 min2022X-RayUHD18+
In this riveting spy thriller, a senior CIA officer (Mel Gibson) assembles a team of operatives for a rendition operation after an interrogation at an Agency black site goes awry.

Mark O.Reviewed in the United States on May 25, 2022
2.0 out of 5 stars
Good actors, bad script
Verified purchase
I saw that Dermot Mulroney and Adan Canto were in this movie so I decided to give it a chance. I was also pleased to see that Jason Isaacs was also in this. All three are good actors. The only loose end that was a red flag was the presence of Mel Gibson. I used to like Mel Gibson, but, unfortunately, he, like Bruce Willis have been starring in a lot of low budget dreck lately. Very low budget and poorly written and directed cheesy movies that are really bad. To a lesser extent, Liam Neeson has also been starring in a lot of lousy movies lately. But, at least Neesom's movies seem to have a bigger budget and better script writers.

This movie has to do with Mel Gibson as a big wig at the CIA recruiting new agents that all have one thing in common. They're misfits who have failed at their endeavors and he hires them for a secret mission. Right away I figured something smelled fishy. Turns out he's a corrupt CIA boss and is using them for a dirty mission that only he knows about, which seemed really hokey for a plot that was meant to be taken seriously.

I won't give spoilers to ruin the secret plot that is taking place, but, I will expose the nonsensical hokiness about this movie. Part takes place in a CIA Black Site and the two senior agents that appear to be in charge are totally caught off guard by the events taking place and don't even take action in response to ensuing events to counter them. Isaac's senior and experienced character sees some obviously wrong activity taking place, yet he's too naive to take any action.

There's a scene where Gibson's character contacts a military drone unit on his desk telephone and asks to take control access to an armed US military drone and the military operator turns over full drone control along with missiles without question or verification that he 1) Is who he claims to be 2) Has a Clearance with authorization and need for access to the drone. Plus this all seems really stupid to believe that a CIA bureaucrat can take personal control of an armed drone and use it for any purpose that he wants. And, after he blows up some people, he simply makes a phone call and doesn't bother to contact the drone control unit and give back control of the drone to them. He just leaves it to continue flying blindly after he's done with it.

There's another scene where 2 of 3 agents on an agency plane seem unconcerned that their flight has been diverted for no apparent reason and they don't know where they are going or for what purpose.
Then there's the CIA agent that wastes ammunition by firing at empty space when she cannot see the person that she is trying to kill. And, the 3 agents all pointing guns at a person who simply fires some shots and runs away, and not one of the 3 agents can get a shot at her.

And for the low budget "lack of" special effects, there are the machineguns and pistols that produce obviously bad/fake looking, CGI muzzle flashes. And fiery explosions that are obviously fake CGI. This movie is low budget and only worth 2 stars. It's too bad, though, because there are some good actors.
As for Mel Gibson, if you want to see a few examples of his recent, low budget, bad movies, check out "Force of Nature" and "Dangerous." As for Bruce Willis, check out "Breach" and "Marauders."

Caroline ChanReviewed in the United States on April 10, 2022
1.0 out of 5 stars
Beyond disappointing
Verified purchase
Do not bother buying this. Rent it if you must. Movie sets not storyline so you have no idea why anything is happening. Then the worst of all is the ending. What a waste.
5 people found this helpful

The plot has no semblance of realism, the story is shallow and they've traded explosions and gun fire for a solid plot line. Don't waste your time.
One person found this helpful

rvflascReviewed in the United States on April 11, 2022
1.0 out of 5 stars
Terrible movie
Verified purchase
I want those 90 minutes back Aimless killing no real story line
3 people found this helpful

Brent SobolReviewed in the United States on April 20, 2022
4.0 out of 5 stars
Pretty good action movie
Verified purchase
The acting and action and suspense was very good. Kind of spooky what the government can do. Enjoyed seeing Mel Gibson act after enjoying him in so many movies.
2 people found this helpful

JaseGooReviewed in the United States on April 13, 2022
1.0 out of 5 stars
Sloppy Thriller
Verified purchase
A sloppy thriller with a storyline that lacks any excitement. I was very impressed after seeing the trailer but within thirty minutes into the movie, I knew that this movie was going to be a dud. Kudos to Dermont Mulroney and Katie Cassidy. I thought they gave decent performances. Other than that I would recommend to wait until this movie is released on Prime to stream for free with your membership.
2 people found this helpful

boBōReviewed in the United States on April 12, 2022
1.0 out of 5 stars
Unwatchable
Verified purchase
Yet another movie with a familiar actor who is barely in the movie.

Poorly written.. consider my $6.99 spent as a sacrifice that will save you from spending a penny.
4 people found this helpful

Scot j Reviewed in the United States on June 24, 2022
1.0 out of 5 stars
Not Mels finest !
Verified purchase
I did not like this right from the first scene .Only watched about half an hour- 40 min of it, that's how bad this thing is. It's convoluted , can't follow it , can't hear the actors dialogue,( not sure you really want to),I think the actors are all great in other things I've seen them in, but this thing is a dud.!Don't waste your money!!! Scot J .
See all reviews
Back to top
Get to Know Us
Make Money with Us
Amazon Payment Products
Let Us Help You
EnglishChoose a language for shopping. United StatesChoose a country/region for shopping.
© 1996-2022, Amazon.com, Inc. or its affiliates