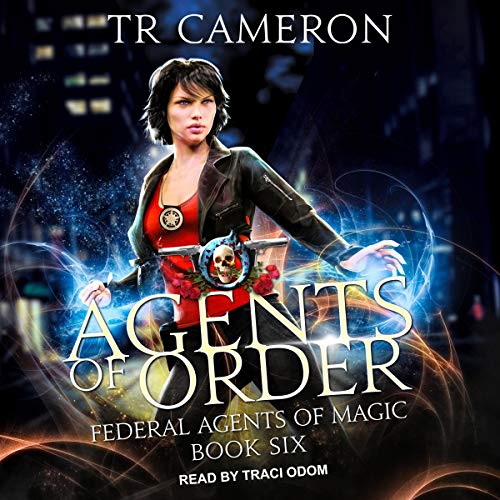 4.6 out of 5 stars
4.6 out of 5
59 global ratings
How are ratings calculated?
To calculate the overall star rating and percentage breakdown by star, we don’t use a simple average. Instead, our system considers things like how recent a review is and if the reviewer bought the item on Amazon. It also analyzes reviews to verify trustworthiness.
Top reviews

Mark Whalley
5.0 out of 5 stars Justice for some
Reviewed in the United States on May 18, 2021
Verified Purchase
I liked how the secret leakers were found out and removed. Also justice was served to several of the opposition, although some was dealt out by the opposition itself.
Read more
Helpful
Report abuse

LoisA
5.0 out of 5 stars Really great story
Reviewed in the United States on September 10, 2019
Verified Purchase
I enjoyed this one better than the last one, so much action in this one. So much happening with decisions being made about the future and the committee. Loved it.
Read more
One person found this helpful
Helpful
Report abuse

Kathleen
5.0 out of 5 stars Terrific Series
Reviewed in the United States on August 18, 2019
Verified Purchase
I love this series. Good pacing, complex characters & lots of action & suspense. I always finish & book & immediately check to see when the next one is expected.
Read more
One person found this helpful
Helpful
Report abuse

Kindle Customer
5.0 out of 5 stars Totally loved it!
Reviewed in the United States on August 20, 2019
Verified Purchase
This was a great book in the series, and definitely one of my favorites, with TONS of action for everyone.
Read more
One person found this helpful
Helpful
Report abuse

Rosemary56
4.0 out of 5 stars Agents of Order (Federal Agents of Magic Book 6)- a review by Rosemary Kenny
Reviewed in the United States on October 7, 2019
BAM, (or Blackops Agents of Magic) are the supernatural FBI equivalent at a Hogwarts-like Academy, for training magical beings how to develop and use their weapons,strength and powers to defend and protect everyone from enemies - such as a powerful alien with dark and mysterious origins and intentions, in TR Cameron, Martha Carr and Michael Anderle's 6th book in their Federal Agents of Magic series, with MC Special Agent Roxy Sheen.She' a feisty force for good and her team - Cara, a warrior who's training with knives, including her ancient and powerful daggers, Roth - a troll,who makes up for his diminutive size with the fierceness of his fighting, especially with blades, Nylene a trainer and Diana, whom Nylene's training  in self-defence and attack.Fast-moving, well-paced action throughout includes events such as treachery and betrayal, love and loyalty and much more from these 3-dimensional, engaging characters who have by now become something akin to a 'family' in their familiarity, garnered most intensely in the previous 5 novels of supernatural suspense.
Fly to your nearest bookstore today and get your latest fantasy 'fix' to take pride of place on your supernatural/alien/adventure bookshelf - don't delay!
Read more
Helpful
Report abuse

Patricia M.
4.0 out of 5 stars Spend some time on the characters please.
Reviewed in the United States on October 30, 2019
As I have read this series, I enjoyed them (obviously since I am on book6) but I am starting to find the series action heavy and less about the characters. I admit that I am starting to skim thru the many many pages of fighting till the characters, whether bad or good, start to talk again. But as I write this I realized I don't know much personal stuff about the team except for the main ones. I would like to hear more about them and not just running from one fight to the next. I would like to know about the remnants of the Silver Griffiths and about Raths teacher Chan, and the rest of the team. Right now they are pretty much just names on the page. I like the books, but please flesh out the characters please. Just sayin!
Read more
Helpful
Report abuse

M. Ellerd
2.0 out of 5 stars Oops
Reviewed in the United States on October 18, 2019
I didn’t realize this was an Oriceron book or would not have begun reading it. The Oriceron Universe can’t exist as written. It coopts Earth’s traditional magical lore yet ignores all of its traditions and beings while substituting Oriceron magicals. The Oriceron magicals could be brought in alongside Eatrth’s magicals and their magical traditions on earth. However Oriceron ignores all of the traditional beliefs on Earth, and that just doesn’t fly!
Read more
Helpful
Report abuse
See all reviews

Peter Chivers
5.0 out of 5 stars Continued excellence
Reviewed in the United Kingdom on August 19, 2019
Verified Purchase
Again I have thoroughly enjoyed this book. Character development and plotting are very strong meaning that I am again looking forward to the next book.
Read more
Report abuse
See all reviews
Back to top
Get to Know Us
Make Money with Us
Amazon Payment Products
Let Us Help You
EnglishChoose a language for shopping. United StatesChoose a country/region for shopping.
© 1996-2021, Amazon.com, Inc. or its affiliates