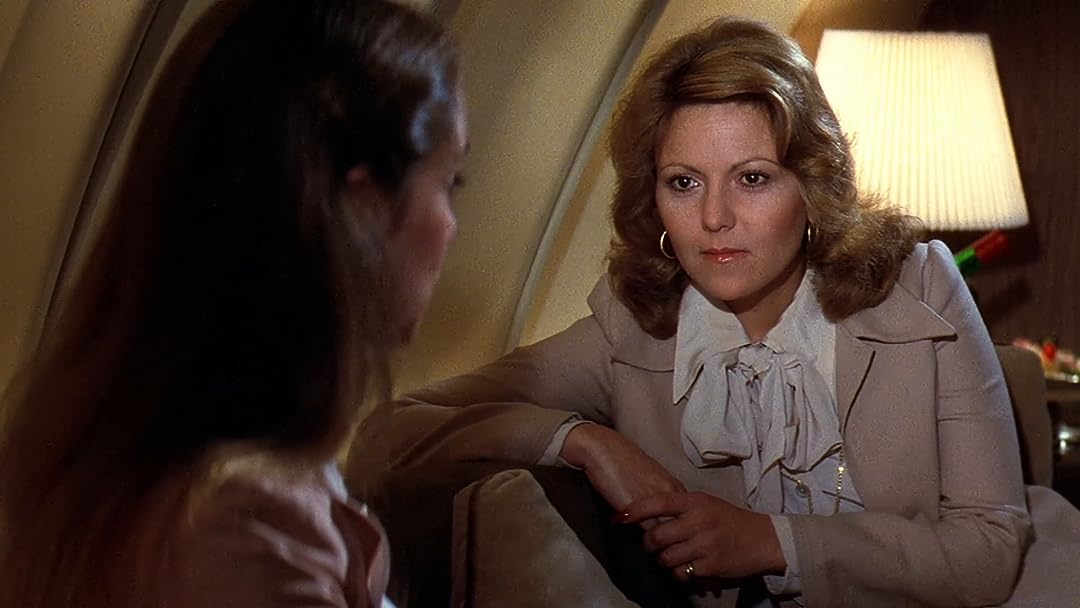 Amazon CustomerReviewed in the United States on June 23, 2017
5.0 out of 5 stars
The best of the Airport movies!
Verified purchase
Released on Good Times Home Video this DVD brand new and plays excellent! Very satisfied with the seller I got this from. Great job in packaging and delivery!

To me this is the best movie in the Airport series. But I do have one caveat, lol. And that is that Karen Wallace played by actress Lee Grant treated her husband played by the great actor Christopher Lee like crap. Then when disaster strikes, " oh Martin stay with me just for a minute, just don't leave me alone." Yes I know all dialogue in this movie beginning to end lol. Now don't get me wrong, I love Lee Grant, great actress. This entire movie is great! I remember the ABC network television premier back in the day. Had two parts. With other scenes added in that had more of the complexities of the characters. Like for example on the TV version first it shows the highjackers driving a white van getting the gas that knocks the passengers out later in movie. The main title and list of names played over this scene. Then after they get the gas, the movie then shows James Stewart flying the plane to his estate, like in the theatrical release. So yes buyers there is more to the TV version when it played on TV. I know cause I watched it. I was like in my early twenties then. Time flys doesn't it. Lol

KayewerReviewed in the United States on February 14, 2020
4.0 out of 5 stars
A Classic Example from the Disaster Era
Verified purchase
Once the original Airport movie came out, sequels were sure to follow. The cast was well chosen and, though it isn't considered intensely thrilling by today's standards, is still entertaining. Actors like these are just not around anymore.

The DVD itself has good subtitling but no audio captioning, and you may want to adjust your viewing for some of the night scenes. I feel I got a good edition for my collection with this one.

D. RudnickReviewed in the United States on March 7, 2016
4.0 out of 5 stars
All star cast shines in this version of the classic series of disaster films!
Verified purchase
Jimmy Stewart, Jack Lemmon, and George Kennedy lead a cast of stars in Airport '77.

A customized 747, owned by a wealthy industrialist, played by Stewart, is hijacked and crashes in the Atlantic Ocean.

Aboard the luxury jet are wealthy friends, his daughter and grandson, and the crooks who intended to land the plane on a remote island and steal the valuable artwork stowed onboard.

The survivors have only hours to live as the limited oxygen aboard is depleted.

The captain of the plane, played by Lemmon, risks his life to find help.

The backstories of the passengers is a bit overdramatic, but the producers had to develop something to keep the audience interested before help arrives.

The list of stars reads almost like a guest cast list of an episode of "The Love Boat", and I am certain some of the stars in this movie later appeared with Gopher, Doc, and Isaac soon after this movie was shot.

It's an exciting film. The performances are nothing extraordinary. The special effects are above average for the era.

If you like airline disaster films, this one is worth a look. And it's one of the better ones in the series, in my opinion.
3 people found this helpful

David Von PeinReviewed in the United States on December 2, 2001
3.0 out of 5 stars
3rd &quot;Airport&quot; Entry Is 3rd Best
Verified purchase
Airport '77 features a wide array of Hollywood stars, including Jimmy Stewart, Jack Lemmon, Olivia DeHavilland, Christopher Lee, Joseph Cotten, and Lee Grant. There's probably a few too many stars to keep our eyes on in this story of a privately-owned Boeing 747 luxury jetliner that gets lost in The Bermuda Triangle and crashes into the ocean. But the action and rescue scenes somewhat make up for the weak script. There are some good visual images in the film, especially of the Jumbo Jet smashing into the sea! (Very realistic looking!) Lemmon, as always, gives a good performance, as the plane's #1 pilot. I guess they didn't have room on board for Charo. But she does show up in the 4th (and thus far last) installment of the "Airport" series -- "Airport '79-The Concorde". That last one gets "zero" stars! Good only for a healthy laugh or two!
2 people found this helpful

zverina dot comReviewed in the United States on February 28, 2018
3.0 out of 5 stars
Low Expectations Will Not Be Disappointed
Verified purchase
I saw this when it first came out when I was 8, a time when any disaster movie was aces with me. My, how I've grown! I see it now for the camp trash it is, but it still should be mandatory viewing on transoceanic flights. Good for a chuckle with Hollywood takes on philanthropy (Jimmy Stewart, typecast as a swell fella!), alcoholism, and blind lounge singers. Why am I even writing this review?
2 people found this helpful

Doug KennedyReviewed in the United States on June 21, 2016
5.0 out of 5 stars
Great cast (Christopher Lee
Verified purchase
I hadn't seen this one since I was a kid. You can see several details that will remind you of the parody film AIRPLANE, especially the little boy, Benjy, who reminded me a lot of AIRPLANE's Joey. There is plenty of 70's corny cheese here, but for my money, this is the most entertaining of all the AIRPORT films. Great cast (Christopher Lee, Darren McGavin, Jack Lemon, Jimmy Stewart (who is rather wasted as the concerned grandfather / head of the airlines). All in all a fun and entertaining 70's disaster film.
3 people found this helpful

As for the movie, it's a great disaster film even by modern standards. It's about a luxury 747 carrying priceless art which is hijacked by thieves, hits an oil rig and then sinks, trapping the passengers inside. Some over-acting here and there (the blind singer says "I love you" to Lisa even though they just met) but the movie is still very entertaining. The special effects are great as well.