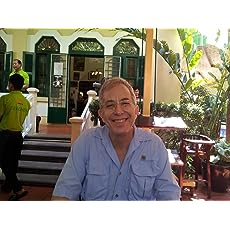 It was always my dream to teach the skills in "Conversationally Speaking" and "Lifeskills for Adult Children," because there was a time when I needed to know them and nobody was teaching them.  I went to UCLA for my BA and to the University of Oregon for my Master's Degree in Speech Communication.

Then I decided to put together a program teaching conversational skills.  I went through several hundred studies dealing with groups like men who never date, women who have few friends, and couples who just talk a few minutes a day. At universities all over America, I found they were teaching students skills for doing better.  But these skills were never taught off campus, were never translated into everyday language in a book or course, so the average person could learn them and use them.  I decided to dedicate myself to doing that.

Over some 30 years, besides being a communications consultant and teacher, I taught hundreds of Conversationally Speaking workshops all over the world.  Sometimes my audience was once just two people (It was a rainy day and only my parents showed up.) and sometimes thousands.

And I wrote "Conversationally Speaking," which has been published all over the world and has stayed in print for 39 years so far in a world where the average book only lasts 6 weeks.  It's now 2019 and I plan to publish an updated edition soon. (In addition! I have just published my autobiography under the pen name Scott Curtis. Its title: "How I Moved to Thailand, Found Love, Built a Mansion, Live Like a King on a Pension -Plus How You Can Too!") I have always felt it was my privilege to help teach these skills that have made such a difference in my life and in so many other people's lives.  If you read my book, it will be my privilege now to teach you. 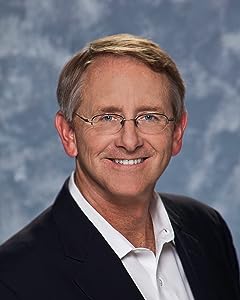 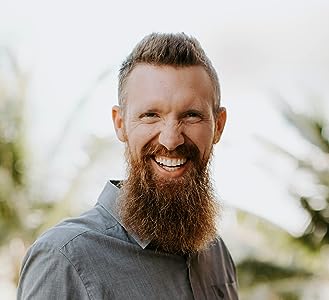 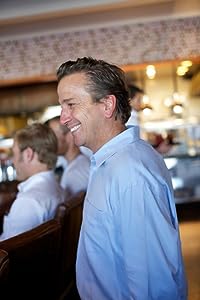 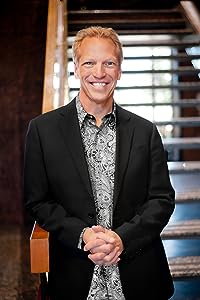 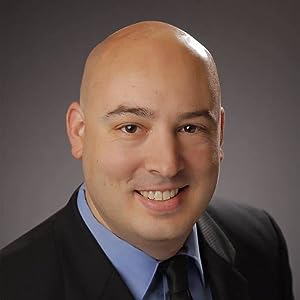 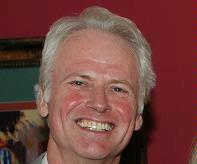 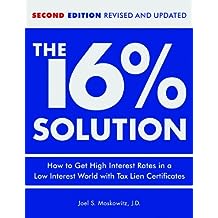 The 16 % Solution, Revised Edition: How to Get High Interest Rates in a Low-Interest World with Tax Lien Certificates May 1, 2009
by Joel S. Moskowitz
( 370 )
$9.89
IN RICH DAD POOR DAD YOU FIRST LEARNED ABOUT THIS BOOK.  NOW READ THE BOOK AND START COLLECTING HIGH INTEREST PAYMENTS!
​
Like millions of others, you are probably wondering where to put your money in these low interest times.  Money market funds, banks, and savings and loans are paying less than 5% interest.  After taxes and inflation, a 5% return leaves you nothing at all.
​.
Eager for higher yields, you may be considering joining millions of others who are rushing into an already overpriced stock market.  Or you may be considering buying bonds, options, or more exotic instruments that may one day cost you some or most of your principal.
.
There is an alternative.  An investment that will allow you to reap ultra-high yields.  An investment that will allow you to sleep at night.  An investment you can get into  very little money.  An investment that is fun.  I wrote this book to introduce you to that investment, known as tax lien certificates.
​.
Tax lien certificates are not some new invention of a brokerage.  They are issued by over 1,000 local governments in a many states.  Banks, savings and loans, and many knowledgeable investors hold them.  Now it's your turn to find out about them, and your turn to profit from them.
.
Frankly, I'm excited for you.  You are in for a wonderful, profitable discovery and I am delighted to be your guide and companion.
.
Joel Moskowitz
Joel S. Moskowitz is an attorney specializing in environmental law. He has argued before the United States Supreme Court, the California Supreme Court, and several courts of appeal.
Read more
Other Formats: Hardcover 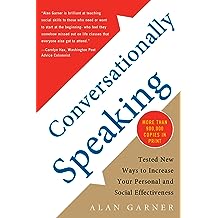 Conversationally Speaking: Tested New Ways to Increase Your Personal and Social Effectiveness Aug 18, 2017
by Alan Garner
( 211 )
$9.00
*ALMOST 1 MILLION SOLD!* Conversationally Speaking has become the most popular book in the world teaching conversation skills.  Millions of people have used it to learn the secrets of effective communication. This revised edition provides more ways to improve your conversation skills by giving you strategies that work for starting conversations, asking questions that promote interaction, interesting people in what you have to say, listening so that others will be encouraged to talk, avoiding rejection-producing behavior, handling criticism constructively, and more.
.
Everybody thinks that some people are born with the "gift of gab" and some people aren't. But the truth is there is no "gift of gab." People who are good at conversation just know a few simple skills that anyone can learn.  This book will teach you those skills.
.
Chapter 12 uniquely summarizes in 25 pages the life's work of famed psychologist Dr. Albert Ellis on overcoming shyness and becoming more confident- and does it so well it received praise from Dr. Ellis himself!
.
Find out why Toastmaster Magazine calls Conversationally Speaking "the classic how-to book in social communication" and why Dr. Aaron Beck, whose work has had a major influence on thousands of psychologists, calls it "of great value for people who want to sharpen their skills in interpersonal relations."  Click on the "Look Inside" feature above the cover picture and sample the book.
Read more
Other Formats: Audible Audiobook , Paperback 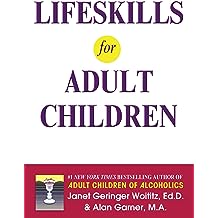 Lifeskills for Adult Children Jan 1, 2012
by Janet Geringer Woititz
( 219 )
$9.99
From the author of the New York Times bestseller Adult Children of Alcoholics -- a wonderful book that affirms and encourages AcoAs by developing your skills for living.  Imagine how good you would feel if:
In Lifeskills for Adult Children you can learn how to do these things and more. This book is designed specifically for Adult Children and teaches skills to make your complex adult life easier, while improving your sense of self-worth. Examples are provided to help clarify the lessons and exercises are given to help you practice your new skills.
So, if you have difficulty:
Find out why Lifeskills for Adult Children is praised by so many readers.  Click on the "Look inside" feature above the cover on the left top of this page and sample the book.
Read more
Other Formats: Audible Audiobook , Paperback , Audio CD