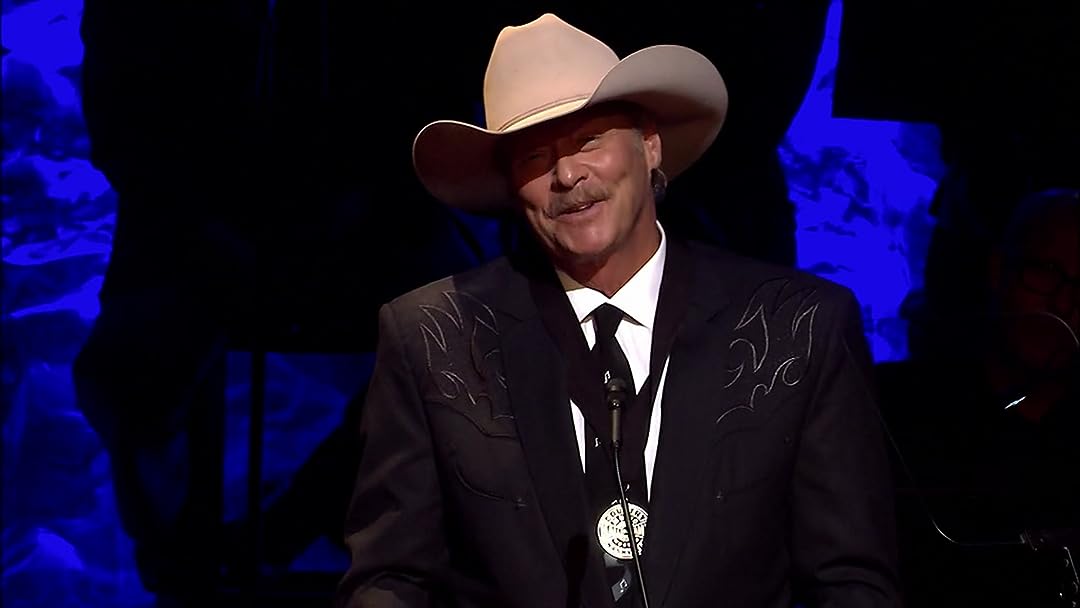 (148)
7.81 h 29 min201813+
Alan Jackson: Small Town Southern Man is a brand-new feature length documentary which takes us on a most improbable journey, as Jackson scales the absolute heights of the music world... and despite enormous challenges... stays there.

SunnygirlReviewed in the United States on April 23, 2019
5.0 out of 5 stars
Great tribute to an awesome singer
Verified purchase
Throughout the years I've often heard Alan's music, yet have never considered myself a fan of his. I was pleased to learn of his hometown roots, strong family ties and honest, humble beginnings. He is respected as a proficient songwriter, true country artist, and has forged strong friendships that have lasted decades. Alan Jackson is an icon in more ways than just professionally to me. He has stayed married to, and in love with, his teenage sweetheart. Together they made a life for their girls while Alan eventually became famous. This is a successful man on just about every level of life. Do yourself a favor and sit back, sway to the music, nod with remembrance, and be thankful for knowing there really are quality people in the music show business. Learn about the man who considers himself 'just a singer of simple songs'.
17 people found this helpful

Betty BReviewed in the United States on May 11, 2019
5.0 out of 5 stars
Fame has not changed him
Verified purchase
I was an Alan Jackson fan from the beginning. I have watched & waited for "stardom" to get into his head & show up in his actions...I'm still waiting. This production has just reaffirmed the reality of his true humility to me. It's hard to believe that someone who has a career of this degree in the music industry has not changed! His songwriting abilities can only be accredited to a Father who recognizes a willing heart to hear & heed the Masters voice. I am blown away by this video & recommend you watch it!
10 people found this helpful

e-shopperReviewed in the United States on July 14, 2019
5.0 out of 5 stars
A Fine Documentary
Verified purchase
If you're someone like me who wonders where the country music has gone when you tune into any of the high-powered "country" radio stations, then if you're not already an Alan Jackson fan, you will be after watching. As this fine documentary attests, he has stayed true to himself, his family, his God, and the traditional country genre, all while making music for the rest of us. Plenty of Alan Jackson's best songs are highlighted, and there are interviews with his family, friends, and fellow artists about him from his earliest years to the present. Watch - you won't regret it!

As an aside, I hope there are up and coming young artists who will be inspired to catch a spark from the older country artists and keep the traditional country music flame going. With the current crop it's often hard to find any country amidst the rock, pop, rap, and shades of heavy metal. There's nothing wrong with hybrid music per se, but it's crowding all the airtime to the exclusion of the traditional country sound.

David S.Reviewed in the United States on April 15, 2019
5.0 out of 5 stars
A Joy to Watch and Listen to
Verified purchase
I pulled this up when I wanted a little boost after a hard day's work and I couldn't have found any better way to introduce joy for living into the evening.

The documentary is extremely well-produced, the music is great, the story-line and interviews are first class. It has boosted my appreciation for Alan Jackson and for all those in the music industry. Cowboy hats off to this one!

Tammy PyrdumReviewed in the United States on May 14, 2020
5.0 out of 5 stars
An Awesome Tribute To A "Simple Man"
Verified purchase
I loved this show. He is such a humble and simple man. He was raised about 15 miles from my hometown. I remember when he first hit it big. He has stayed true to his roots and never forgot where he came from. It was an honor to watch this film about his life and love for music. The music is great and the interviews priceless. Thank you for showing what an American Treasure he is to all of country music!
One person found this helpful

Lenise DReviewed in the United States on June 8, 2021
5.0 out of 5 stars
❤️ Alan
Verified purchase
I like him more now than ever. What a humble, honest, family man! And— he’s the epitome of “cowboy” .. love his story, worth the watch!

Sylvia Y. HoffnerReviewed in the United States on November 5, 2021
5.0 out of 5 stars
WONDERFUL!!!
Verified purchase
Wonderful video of Alan Jackson's career. Enjoy his music. Jackson is the best!!!

Katie ParksReviewed in the United States on May 20, 2021
5.0 out of 5 stars
AN AMERICAN COUNTRY SINGING ICON
Verified purchase
I LOVE THE COUNTRY MUSIC THAT TELLS A STORY AND THAT COMES FROM THE HEART. HE IS HONEST WITH HIS FEELINGS, GENUINE WITH HIS ACTIONS, AND A TRUE PLEASUIRE TO LISTEN TOO AND WATCH PERFORM. THANK YOU LORD FOR SUCH A GIFT TO US ALL.
See all reviews
Back to top
Get to Know Us
Make Money with Us
Amazon Payment Products
Let Us Help You
EnglishChoose a language for shopping. United StatesChoose a country/region for shopping.
© 1996-2022, Amazon.com, Inc. or its affiliates