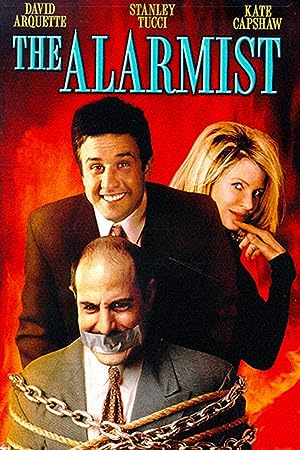 (18)
5.11 h 31 min1998R
On his first day at work, Tommy (David Arquette) sells an expensive security system, seduces the client (Kate Capshaw), and discovers that his boss (Stanley Tucci) is engaged in the criminal businessof breaking into the very homes he's supposed to protect.

anonymousReviewed in the United States on April 5, 2019
4.0 out of 5 stars
This was pretty funny
Verified purchase
We enjoyed this light comedy.

Anne S. HallReviewed in the United States on May 13, 2013
4.0 out of 5 stars
Entertaining
Verified purchase
Not as good as the play it was inspired by, "Life During Wartime," but definitely a comedy worth watching. Considers the dilemma of Fear and places it into a true to life circumstance of how American's are driven by it. Fun comical twists.
One person found this helpful
oshra ronenReviewed in the United States on October 31, 2011
5.0 out of 5 stars
ONE OF THE BEST COMEDY FILMS
Verified purchase
ONE OF THE BEST COMEDY FILMS
I RECOMEND THAT FILM TO EVERYBODY
IT IS A MASTERPIECE
IT IS A MASTERPIECE

charles waysiderReviewed in the United States on September 2, 2015
5.0 out of 5 stars
Five Stars
Verified purchase
funny

PatrickReviewed in the United States on March 2, 2012
4.0 out of 5 stars
The alarmist
Verified purchase
If so funny.you like funny then you will like this movie. About a new guy trying to come up with different ways to sale alarm systems and some of those ways are so funny.

Bradley TobinReviewed in the United States on May 25, 2001
2.0 out of 5 stars
A Pointless, Laughless Mess of a Stage Play� I mean Film.
"The Alarmist" is an Ordeal to sit through, a Talky Theatre production that has No Place in the film world. I can't even see it being good on Stage. One or two Laughs does Not a good comedy make, yet one or two laughs is the most you'll get from this film. (And both come from Ryan Reynolds)
David Arquette ("See Spot Run" and "Ready to Rumble") adds Another Nail to his Career Coffin as a Young Alarm Salesman under the Tutelage of his Unscrupulous Boss (Stanley Tucci) who uses "Shifty Tactics" to Raise Sales. At Least, that is the story that the Rental Cover and the Theatrical Trailer say it's about, when you actually See the film, it's not really about that at all, it's Much more Boring and Confused. "The Alarmist" has No idea what it wants to Be, where it wants to Go, or what Genre it's in. Is it a Drama, is it a Comedy... Beats me, It seems it's attempting to be a Cross-Genre Quirky Comedy in the vein of "Grosse Point Black", if that Was it's goal, it Failed Big time.
David spends the film looking Confused and Bewildered, Stanley spends the film Attempting to Rescue the film, but that is Too Much for one man to do. Ryan saves every scene he's in, but they are Few and Far Between. The Ladies in the cast don't help the proceedings much. Mary McCormack looks Embarrassed, to the point of Hiding her Face from the Camera, while Kate Capshaw is seems Inexplicable Pleased with her performance, while we the audience find it Cringe-worthy.
"The Alarmist" is a Weird little film that will appeal to different people in different ways, it's just one of those films that you Don't Know until you see it. For me, it was a Waste of my time.