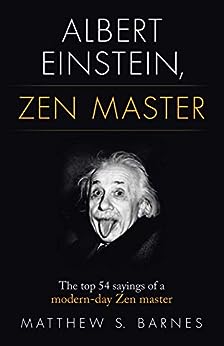 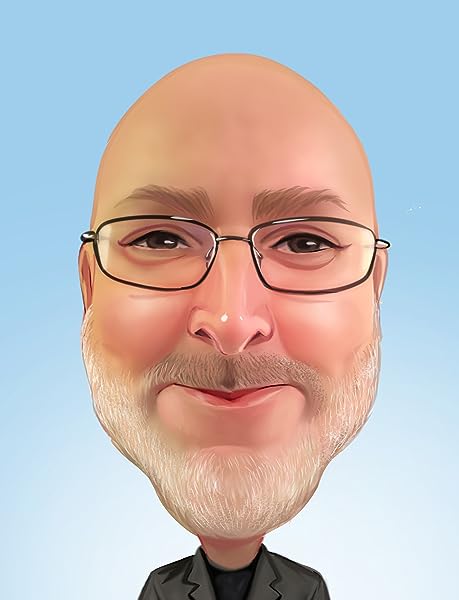 by Matthew Barnes (Author) Format: Kindle Edition
Book 2 of 4: Zennish Series
See all formats and editions
Sorry, there was a problem loading this page. Try again.

Albert Einstein was a Zen master?
I think so, and I aim to prove it.

Imagine understanding how Einstein viewed the world, the Universe, and God. What if you could have the same understanding? How could it change your own outlook on life?

Dr. Matthew Barnes, chemist, biochemist, doctor, and bestselling author of The Emerald Tablet 101, The Hermetica 101, The Tao Te Ching 101, The Bhagavad Gita 101, and Jesus Christ, Zen Master presents his case for Einstein as being not only one of the most influential scientists of our time but also one of the most spiritual (in his own, unique way).

In this work, you’ll discover:

•  In what ways Einstein’s views of reality coincide with those of some of the greatest Zen masters to have ever lived, past and present.
•  Quotes ranging from funny to contemplative to serious that outline my belief that through his unique understanding of the Universe, Einstein seems to have developed an appreciation for the forces of the natural world that are congruent with the philosophical ideals held by Zen, Taoist, and other Eastern religious masters through the ages.
•  Why Einstein considered himself to be “a deeply religious nonbeliever”.
(Do you know what he considered himself to be instead?)
•  Why Einstein felt his viewpoints on God to be a “somewhat new kind of religion”.
(Hint: It turns out that his views may not have been all that new, but really really old instead.)
•  How you too can begin to enjoy Einstein’s view of the world, the Universe, and God.

“Reality is merely an illusion, albeit a very persistent one.” -Albert Einstein

Change your outlook on life. Scroll up and grab your copy now!

"With simple explanations and examples, Barnes introduces the reader to a spiritual understanding of life that is quite beautiful--one that seems very much in alignment with Einstein's own thoughts about the ultimate nature of this mysterious and miraculous universe we live in."
-Steven Lane Taylor, (author of "Row, Row, Row Your Boat: A Guide for Living Life in the Divine Flow)

When I was in college, I experienced an existential crisis.

Suffering depression, I sought to find the way out, and looked to religion, philosophy, and spiritual studies as the antidote.


I came across Zen early in my studies. It was really my introduction to the spiritual path. However, for me, it was the hardest teaching to grasp, and took me the longest to understand. Once I did, it became my favorite overall.


The main difference between Zen and other spiritual teachings is that Zen is all about experiencing the reality of existence for yourself, not just learning about it from others, or worshipping those who have found it. This concept is so ingrained in Zen that all attachment to teachers and paths are strictly admonished.

There is a famous parable in Buddhism where Buddha points at the moon, which was symbolic of truth. The student was so captivated by Buddha's finger that he missed the moon that was being pointed to.

According to Zen, this is the downfall of most paths. We worship the messenger and argue over their teachings instead of seeking the same truth that they found.

Once I obtained a grasp on Zen, I wanted to share it with others. In order to do so, I had to find a way to explain the concepts and practices in a way that others might more easily understand.

Ultimately, I found that explaining the sayings of some of the greatest thinkers in society, like Einstein, Tesla, and Twain was the easiest route.

I hope you will agree.

Though Einstein considered himself non-religious (because he dismissed the idea of a personalized God), he nevertheless developed, through his work, an appreciation and even an admiration for the intelligence that animates the living world - an intelligence whose essence he felt to be far beyond the sphere of human comprehension.
Though Einstein's non-personalized beliefs were definitely new compared to Western concepts of religion, they fit right in with well-established Eastern concepts from Zen, Taoism, Buddhism, and even Hinduism.

Through this work, I hope to point out a fairly different approach to spiritual appreciation than what most of us are used to; an approach I believe to be every bit as valid as the Western, personalized-God variety.

At the very least, I hope this work will serve as a simple introduction to the eye-opening contributions of Eastern philosophical thought.

Matthew Barnes is an avid learner who spent his early years in North Carolina. He was born in Greenville, NC and has lived in New Bern, Roanoke Rapids, Henderson (where he spent most of his childhood) and Raleigh, where he attended the University of North Carolina State. After obtaining degrees in Biochemistry and Chemistry, he attended Chiropractic School in Marietta, Georgia, where he graduated third in his class. Since that time, he has studied acupuncture and Chinese medicine, and settled down in rural Tennessee with his wife, 3 cats, 4 dogs, a crazy mother-in-law and a partridge in a pear tree. He has been in Tennessee for over 20 years now.
His main interests are learning, exploring, exercising and writing. Most of his works so far have been on spiritual-type themes, though he has also written a book on self-investing- another one of his hobbies.

For more information on Matt or his works, go to amazon.com/Matthew-S.-Barnes/e/B00SDYKSZ2
Read more

Matthew Barnes is an avid learner who spent his early years in North Carolina. During college, he experienced a stint with depression which led him to the works of the Eastern philosophers. He started writing simplified versions of the works he was inspired by in response to a friend that was struggling with religion. He hopes his attempts at simplifying the philosophies of ancient spiritual traditions will make them more accessible to Western minds, and in turn, will help bring peace to those, like his friend, who have found themselves lost in a world that, at times, seems so devoid of meaning and hope.

To check the progress on his other works, go to: amazon.com/author/matthewbarnes,

Jody Wilson
5.0 out of 5 stars Great read.
Reviewed in the United States on May 30, 2020
Verified Purchase
I’ve read all of this author’s spiritual books, and once again he provides excellent insight concerning the path we are all ultimately on.
Read more
4 people found this helpful
Helpful
Report abuse

Steven Lane Taylor
5.0 out of 5 stars You Don’t Have To Be Einstein To Understand This Book
Reviewed in the United States on August 9, 2020
Albert Einstein is quoted as saying, “If you can’t explain something simply, you don’t understand it well enough.” It is obvious that Matthew Barnes, the author of this book, fully understands the basic teachings of Zen, because the parallels he draws between certain things Einstein has said and Zen beliefs are stated in a remarkably clear and concise manner. You don’t have to be a genius to grasp the concepts Barnes plainly puts forth. With simple explanations and examples, Barnes introduces the reader to a spiritual understanding of life that is quite beautiful—one that seems very much in alignment with Einstein’s own thoughts about the ultimate nature of this mysterious and miraculous universe we live in.

MT GRANNY / Colorado
5.0 out of 5 stars Light - Deep - You Pick
Reviewed in the United States on July 20, 2020
Short read -
I’ve always had interest in Einstein - branded early in life as “slow” - yet one of greatest minds in physics - many of his quotes had always intrigued me - This little read does a great job showinf Einstein’s “awe “ of this magnificent universe we know so little about.
Good read
Read more
3 people found this helpful
Helpful
Report abuse

Lynn Webb
4.0 out of 5 stars Fun quick read
Reviewed in the United States on April 4, 2021
I love quotes and as a bibliophile, my mind is filled with them. I also love philosophy, especially from eastern cultures. This book brings both of those together in a fun way. I wasn’t sure what to expect from this book but it was quite enjoyable.

LeeAnn Brophy
4.0 out of 5 stars Entertaining but gets you thinking!
Reviewed in the United States on April 4, 2021
I enjoyed this book. It was great to read the quotes from not only Einstein but many other "enlightened" thinkers (including Willy Wonka and Dr. Seuss!). The connections to Zen philosophy were well made and eye opening. If you're looking to dip your toe into Zen teachings in a light, entertaining way then this is it. This review was voluntarily submitted after being sent a free copy of the book.
Read more
Helpful
Report abuse

td
4.0 out of 5 stars Einstein = Zen master
Reviewed in the United States on April 1, 2021
I appreciated that this wasn't a "heavy read". I found it quite inspirational. Loved the perspective of Einstein's quotes opening us up to higher thinking.

“I was sent a free book and am voluntarily leaving this honest review.”
Read more
Helpful
Report abuse

Kindle Customer
5.0 out of 5 stars Insightful
Reviewed in the United States on April 13, 2021
What an interesting book. It is very enlightening. My Favorite quote from the book “Two things are infinite:
the universe and human stupidity. And I’m not sure about the Universe.”
Read more
Helpful
Report abuse

Angie Hardy
5.0 out of 5 stars Good
Reviewed in the United States on March 28, 2021
This is a great book. I enjoyed reading it. I was given an arc. I choose to give an honest review.
Read more
Helpful
Report abuse
See all reviews