The Alien Bride Lottery Volume 1: The Khanavai Warriors A... and millions of other books are available for Amazon Kindle. Learn more 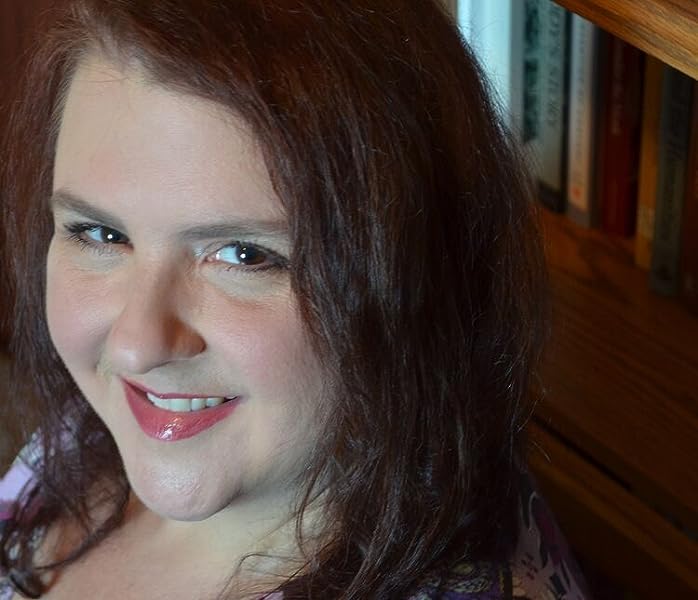 by Margo Bond Collins (Author)
4.3 out of 5 stars 65 ratings
See all formats and editions
Sorry, there was a problem loading this page. Try again.

Books with Buzz
Discover the latest buzz-worthy books, from mysteries and romance to humor and nonfiction. Explore more
Start reading The Alien Bride Lottery Volume 1 on your Kindle in under a minute.

4.3 out of 5 stars
4.3 out of 5
65 global ratings
How are ratings calculated?
To calculate the overall star rating and percentage breakdown by star, we don’t use a simple average. Instead, our system considers things like how recent a review is and if the reviewer bought the item on Amazon. It also analyzes reviews to verify trustworthiness.
Top reviews

SpaceRanger
5.0 out of 5 stars A lot of fun
Reviewed in the United States on October 9, 2021
Verified Purchase
Yes, the stories are similar But the authors style, wit & humor make them one of my favorite series. I can't wait for the latest book to come out. It is on pre-order at this time. Grab this set & join the rainbow world of inter species TV program, The Bride Lottery & always a HEA.
Read more
Helpful
Report abuse

Danyelle
4.0 out of 5 stars Sci-fi rom-com series, light on the drama
Reviewed in the United States on March 9, 2021
I really like this series. Each book is about a human woman and a Khanavai man, while the overall story arc (so far) is about how the Alien Bride Lottery works and the reasons why these two races agreed to it. The stories are all fast-paced, hilarious, sexy and fun sci-fi romances. I can't help but think this book series is a bit satirical. Rather than sound serious and depressing, this is a comedy kind of satire.

Entered in the Alien Bride Lottery:

I thoroughly enjoyed how the two cultures clash, while also highlighting the male dominated Khanavai and human aspects of "culture." I'm also impressed with the commentary on reality tv. While I laughed out loud at Natalie's hijinks, I also cheered her on for standing up for herself. I liked her short but sweet tirades on things like spanking, misogyny, and what we consider "pasta."

** Spoiler-ish Section! **
I was surprised by Natalie completely changing her mind at one point. She was ready to throw away her future, it seemed, but she redeemed herself to me at the end.

Captured for the Alien Bride Lottery:

This book has all the funny, exciting, and sexy action of the first book. There's more of the fun, light look at things that was in book one. There is some insta-love on the male main character's side. I still see some satirical humor, as well as some nods to other alien romance novels. While nobody is really abducted, as the title of the book indicates, someone is captured.

While the first book had a female main character who tried to play to lose the Bride Games, this one has a FMC who goes on the run to try to avoid the Bride Games. The title is a total spoiler, so I don't feel bad at all about saying Amelia's attempt to escape doesn't succeed. I was rooting for her, anyway. I thoroughly enjoyed how she was determined to escape what she considered an awful fate. I love how she detests marriage! I kind of wish that she had succeeded, but then it wouldn't be an alien romance.

It's interesting how this lottery idea is used for a romantic comedy, when it sounds like it comes from a horror story or a dystopian novel. There are times when Amelia describes her perception of what the human "brides" must go through, and it definitely sounds like the author considered making this series more of a dark sci-fi series. Having said that, this is mostly a comedy. Zont and Amelia are a cute couple. I really did have fun reading this. I wish it had been a little longer, though. It felt like a scene or three could have been added.

Claimed for the Alien Bride Lottery:

This book has all the funny, exciting, and sexy action of the previous two books. There's still a heavy lean towards the romance part of the story, but this one has more of the Alveron Horde's attack on the Bride Games on Station 21. I have so many questions now, and I hope the next book will have some answers.

I love how each book is more exciting than the last. The storyline for this book was a fun read, but there is plenty of drama with the attack on the station and Mia's secret/past. I like how the female main character, Mia, is African-American, but there isn't much focus on the shade of her skin. Her Groom is bright red, so her skin tone seems insignificant. I enjoyed seeing some of the events of the previous two stories from Mia and Eldron's points of view. I especially liked learning more about the Alverons.

While I would still consider this a rom-com and sci-fi romance, I'm also still suspicious of the Lottery and the Bride Games. I like how Eldron explains why the Khanavai started the Lottery and Games. What I don't understand is why nobody on Earth told them the game show is not how most humans find their spouses.

There's lots of other stuff that I want to know about: The black market for changing out the tracking/translation chips, who is in charge, and why? Is there an underground resistance to the alien invasion/protection? Who is on the take at the station? (I suspect that's how the Horde and/or Frank made their appearances.) What is the Horde up to with tracking human Brides? What's the real deal with that extra... appendage the Grooms have? Shouldn't humans know what they're getting themselves into before the Games? What happened to previous Brides and Grooms? Is the Prince who started this stuff still alive?

Christmas for the Alien Bride Lottery:

This story is a fun, silly take on Earth's traditions and a fast-burn romance. I haven't read the other books in the Lottery series yet, but I am going to. I feel like I've only had a small taste, and I want more. This story is like a dating game reality television show, but with a human woman and an alien male.

I like how Lola starts out kinda hating Xmas. Valtin loves humans and wants to know more about this holiday. The humor throughout the story kept me going. Before I knew it, the story was over. I thoroughly enjoyed these two as well as the supporting characters. I'm excited to read the full-length novels so that I can understand more about the alien species.

ChristyTop Contributor: Fantasy Books
5.0 out of 5 stars Entertaining series
Reviewed in the United States on May 16, 2021
A fun series and take on aliens and their human brides.

Entered in the Alien Bride Lottery
This is a story that mixed reality tv and alien brides together to make a story that was rather fun to read. I laughed quite a few times. The characters were a hoot and I really want to read the next books in the series to see what happens to the secondary characters introduced here. And see if Natalie and Cav show up again as they were a hoot. It was a bit steamy but not not too bad. Just a fun entertaining read.

Captured for the Alien Bride Lottery
I thought this story was a blast to read. Add in a human girl who refuses to join the bride lottery and a Special Ops guy who wants her and you get a fun read. Add in some danger and reoccurring characters from the other stories and I was vastly amused the whole time. I liked the simple plot and the main characters.

Claimed for the Alien Bride Lottery
Another entertaining story about the bride lottery. This time it is about Mia and of course things are not what they seem. Cute, fun read that made me laugh. Happy Mia and her alien ended up together and had their happy ending. Another good story in the series.
Read more
One person found this helpful
Helpful
Report abuse

AvidReader
5.0 out of 5 stars Fun series
Reviewed in the United States on June 20, 2021
These books are some fun quick reads. I’ve read hundreds of books in this genre and have become pretty picky. Bride lottery is one of the better series and I recommend it. Can’t wait for the next book to come out!
Read more
2 people found this helpful
Helpful
Report abuse

Redfaeryrose
5.0 out of 5 stars Fun reads
Reviewed in the United States on April 7, 2021
I read all three books and I had a lot of fun too. The protagonists each have their own stories to tell and they are all good. I am looking forward to the next story in the series and the next couple.
Read more
2 people found this helpful
Helpful
Report abuse

Pat Laughner
5.0 out of 5 stars A series....
Reviewed in the United States on April 8, 2021
I enjoy Ms. Collins books and will be reading the next one. Fun and quick reads. I would like to see a little more depth to the stories though.
I do recommend!
Read more
2 people found this helpful
Helpful
Report abuse

opiffle
1.0 out of 5 stars Meh
Reviewed in the United States on March 29, 2021
Spanking as foreplay. No.
Read more
One person found this helpful
Helpful
Report abuse
See all reviews
Back to top
Get to Know Us
Make Money with Us
Amazon Payment Products
Let Us Help You
EnglishChoose a language for shopping. United StatesChoose a country/region for shopping.
© 1996-2021, Amazon.com, Inc. or its affiliates