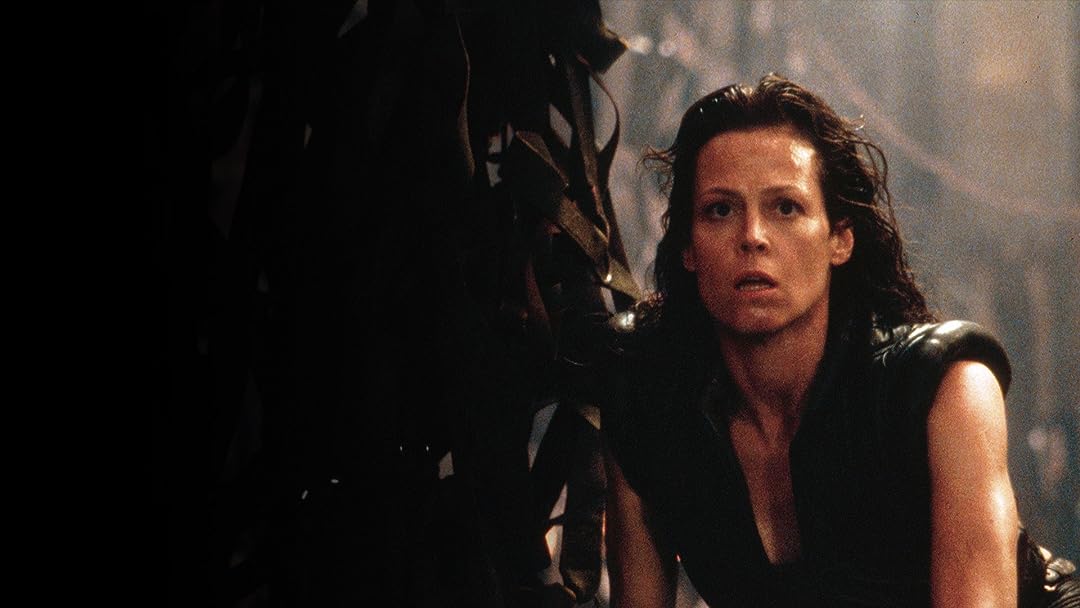 Michael D. AndersonReviewed in the United States on May 20, 2018
5.0 out of 5 stars
Redeems the franchise and so much better than the unforgettably bad Alien3
Verified purchase
After the miserable experience that was Alien#3, Alien Resurrection was a wonderful redemption of the Alien Franchise. Sigourney Weaver gives an excellent performance, the storyline was fun and interesting and Winona Ryder's character made the movie wonderfully unpredictable. Almost as good as Aliens, but that's my favorite SF movie of all time (excluding black and white films) so it would take a lot to be as good. It has a similar flavor to Aliens. I never compare the later films to Alien because it was a suspense thriller almost exclusively and not the action packed adventure science fiction genre that all the subsequent films were (excluding the later made 'prequels' which attempted to be more like Alien but failed).
21 people found this helpful

JoE ShmoeReviewed in the United States on October 10, 2020
2.0 out of 5 stars
Completely Unnecessary Sequal
Verified purchase
Alien Resurrection is a horrible installment in the Alien series. While Alien 3 was pretty bad, Alien Resurrection is far far worse. It is plagued by bad casting, bad acting, and corny & cheesy D movie dialogue. Wynona Ryder may be a good actress but she is a horrible choice for one of the main protagonists. In addition the movie is plagued by the late 90's early 2000's costume and set design and much of the lauded art direction from the first 2 movies is replaced by it. The plot adds absolutely nothing to the Alien saga and is completely forgettable. Don't waste your time watching this movie.
12 people found this helpful

sixthreezyReviewed in the United States on May 19, 2020
4.0 out of 5 stars
Alien Resurrection - Ripley is Back... Kinda
Verified purchase
I have odd memories surrounding this one, because it was the first Alien movie to come out when I was old enough to care about an Alien movie. I read the novelization and for the rest of my life confused Winona Ryder and Sigourney Weaver's names. However, the movie itself is probably the most action-packed since Aliens, but it's heavy with conceptual ideas due to the nature of the story like Alien 3. So in a way, it takes the best of the Alien franchise all the way around and combines it into one movie. It's a great creature feature with lots of blood, guts and slime, but also has a pretty interesting concept regarding the new Ripley.

Jeunet is an interesting filmmaker, and by no surprise we get a very interesting film from him. It's got a bunch of the quirks that make his movies what they are, and tons of big time actors you'll recognize. One of which is Ron Perlman, who I'm a massive fan of so it's great seeing him again in one of his older, genre roles. If you haven't seen 3, you'll learn quickly that Ripley was infested with an alien and this movie is the result. Ripley is being cloned by some corporate scientists, because we can't ever just let the aliens die. One of the clones has shown promising results, and is on the hunt for her family. Is it the aliens, or the humans, or possibly some more robots? You'll have to watch to find out, because this Ripley is not the Ripley we know and love, or is it?

The director's commentary on this one is great, to hear Jeunet's injections into the film to make it his own and hear about the scene filmed underwater near the end of the film was entertaining. This, like the rest of the Blu-rays released for this franchise set, has the theatrical and director's cut editions on the disc. I wish Ron talked a little more on the commentary, just because I love his voice and think his contributions are great, but I enjoy the round table approach to this commentary with a lot of the second tier actors commenting with cast & crew alike.

Richard JensenReviewed in the United States on November 19, 2021
2.0 out of 5 stars
I'm the monster's mother
Verified purchase
And with lines like that, it pitches off the cliff. The franchise went perpetually downhill after Aliens, and this is just another installment of downhill. Particularly the last third of the film is almost unwatchable, imo. It goes from SciFi thriller to just disgusting and weird. Ripley in this installment just doesn't work, and Winona was a terrible casting choice.

The first half isn't terrible, but then it goes astray pretty quickly after that.

Alien and Aliens were the classics. Beyond that you've gotta be a totally devoted fan to get much of any value out of the franchise.

Jack RyanReviewed in the United States on December 29, 2018
3.0 out of 5 stars
She'll Breed. You'll Die.
Verified purchase
Not a great addition to the legacy, but sort of a noble failure, and in light of what's come since, it definitely deserves a retrial. It's actually pretty good in its own odd way, despite assorted bad moments, right up until it goes right over the cliff into a chasm of silliness in the last, preposterous, desperately ill-conceived act. Had they thought a little harder about that last act, patched a few gaping plot holes (Three hours to Earth? Really?), and cut most of Ron Perlman's lines, it might have a better rep. And even with that failure, it's w-a-y easier to take than all the subsequent Alien fails.
9 people found this helpful

joel wingReviewed in the United States on June 3, 2020
4.0 out of 5 stars
Action sci-fi flick with Frankenstein theme about playing humans playing God
Verified purchase
Alien Resurrection was the fourth in the franchise. This one played upon the Frankenstein story. Ripley (Sigourney Weaver) was cloned by the military and the alien queen taken out of her body to be used as a weapon. Of course everything goes horribly wrong. Like Frankenstein the story was about when mankind tries to play god and mess with nature it will always come back to haunt it. No one can control an alien they just run around and kill a bunch of people.

Resurrection tried to add some twists to the basic alien story. Ripley for instance was mixed with some alien DNA when she was cloned. As a result she could feel the aliens and called the mother her baby.

At the same time the story was much like Aliens the second release because it was mostly an action movie with a bunch of aliens running around and the humans trying to escape.

If not for the Frankenstein take Alien Resurrection would be much like Aliens a good but not great action sci-fi flick.
C
2 people found this helpful

Raul AndersonReviewed in the United States on January 25, 2022
4.0 out of 5 stars
Gary Dourdan stood out to me the most in this movie
Verified purchase
I know, I know, most focus on Sigourney Weaver, or the young Winona Ryder, but to me it's the steady presence of the handsome actor Gary Dourdan that stood out to me and his odd relationship with Ron Perlman (Perlman had a similar man trust relationship with another character from Blade 2)

This was one of the few films that when they did decide to cast a leading B male, they actually cast one that looked like a model, very handsome, stellar and more.
The other actors were all just clique characters to me, they all just kind of blended together, men with guns screaming.

Oh and that alien hybrid baby?...no, looked more like some giant elmers glue contraption. And it didn't make sense why it would kill it's own birth mother or alien in Father of the human one, made zero sense.

The hybrid alien baby looked inferior to me, like it's skin was melting, on a evolutionary scale, seems like the species took a step backwards with that baby alien.
Other than that I was just in the mood for a old style big budget sci-fi horror movie from the past, and I got what I expected.
(The Bears are who we thought they were)

pcsnakeReviewed in the United States on May 31, 2021
4.0 out of 5 stars
Good movie with action not so good science
Verified purchase
I am shorting this one star even though it is a good movie with a lot of
star power and a plot and most of the elements needed for a great movie.
What is wrong is that the science is bad. The silly thing with the vacuum
for a hole in a window was totally ignorant. What is shown can't happen. The genetics described is against all known
logic and fact and contrary to what some think, Sci Fi doesn't ignore science--it extends it
past what is known and goes into the what if of what could come. It doesn't just
decide that 2+2=3.895 and always has. If it does that, it becomes ridiculous and
silly and something that is not Sci Fi. Well, this movie is very guilty of that and
so even with all the good things it has, it ends up being only a 4 star movie.
One person found this helpful
See all reviews
Back to top
Get to Know Us
Make Money with Us
Amazon Payment Products
Let Us Help You
EnglishChoose a language for shopping. United StatesChoose a country/region for shopping.
© 1996-2022, Amazon.com, Inc. or its affiliates