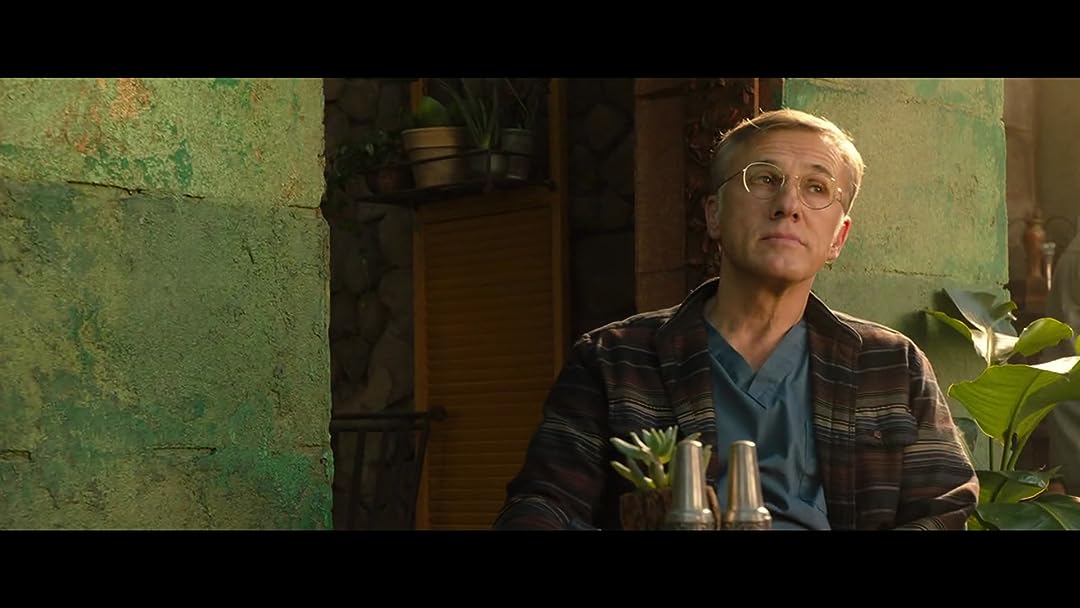 L. IsaReviewed in the United States on February 24, 2019
5.0 out of 5 stars
Love the film!
As a long time fan of the series, I've been waiting for this movie for a very long time. I'm pleasantly surprised by the film as it had great action scenes, beautiful CGI, stunning choreography and directing during the complex fight scenes and a cohesive story. I enjoyed following Alita's journey and seeing, on screen, a strong female protagonist. The cast was wonderful and I really enjoyed the ties back to the manga. Many moments and scenes from the comic made it into the film so that was a delight to see. Overall, I hope this franchise has a future and more films continue to come! This is the movie I waited over 20 years to see!
123 people found this helpful

NeokanobiReviewed in the United States on February 24, 2019
5.0 out of 5 stars
This is the type of Manga Hero made into a movie That you were looking for...
I never knew anything about the Alita manga character before (sorry my bad), after watching the movie I'm now a fan of her character, her personal story and about her friends.

One thing that a lot "critics" inclusive "movie critics" (professionals) does wrong is when they try to compare any movie with a book series related to it like Harry Potter, or Lord of the Rings, Manga videos collections. Of course, the books or videos series will contain more details that unfortunately, a 2 hours move cannot always cover (but rarely sometimes it can).

And then they start to criticize the movie when they try to compare with the books character's arch and start saying that is wrong, missing elements but they forget to see the story from a point of view of someone new.

To truly review a movie based on books, I believe that the less familiar you are with it, you will have a better experience.

Which was my case with after seeing Alita for the first time. I'm glad I did not listen to some of the critic's reviews

I'm not sure why some folks like to say that the Alita's story is not very clear, for me I was able to fully understand her heroes journey during the movie with her different stages of character evolution that came at the right moments.

There were amazing Fast-paced action scenes and also moderate pace moments. But most important you can connect with her character and feel her emotions throughout the entire movie and believe in her and in her journey.

Alita, was better made than Ghost in the Shell regarding character development but it another movie that has amazing sfxs.

Overall the story is VERY good, the sfx are amazing and if you can watch in Imax 3D you won't regret it :-)

For the "critics" that read the books about a movie (any movie), or any video collections before seeing the movie, I would just suggest watching the movie as if it was the first time and not try to match the movie with the whole books or video series.

And watch with a clear mind and in the end, see if you can understand the main character's arch even though it might differ a little from the books/videos and if you can also enjoy the good and bad characters that are part of the story and if you can identify with the story then you have experienced the magic that this movie is.

I hope they will do another movie about her since it seems there are a lot more good stories to tell about Alita...

I highly recommend it.

JPBReviewed in the United States on July 10, 2019
5.0 out of 5 stars
It was done right !
Verified purchase
It has all been said by other reviewers, But I am taken back by how much of the story line from the Mangas made it into the movie. I have read the manga series three times now and as I watched the movie, I was getting flashbacks to the Mangas.
Of course they took some artistic license to keep the flow of the movie constant. What little was added enhanced the movie as far as I am concerned. I do hope that they will continue making the movies with the same vim and vigor.
I plan on getting back to my Alita Mangas and check out the significance of the number 99.
I hope you will enjoy the movie as much as I have. Remember it is Sci FI after all...
36 people found this helpful

vivalasvegasReviewed in the United States on July 12, 2019
5.0 out of 5 stars
Wow Wow Wow
Verified purchase
Wow, so many good things I could say about this movie... I thought it looked pretty cool in the trailers, but became much more interested in it after seeing all the incredibly positive reviews about it. And it definitely exceeded my expectations/hopes for the movie. Never though I would be emotional during a movie with robots in it, but man this one packs such a punch all around. I would say more, but honestly it's just something you have to see for yourself.

Also I rarely ever buy movies, let alone get the extended cut. But this time I am SO glad I did, as it tells the story behind Alita and how it became a comic, and then a movie, and it was very inspiring to see how it came to be.
33 people found this helpful

E. ChuaReviewed in the United States on July 10, 2019
5.0 out of 5 stars
Alita is awesome!
Verified purchase
Very under rated when the movie was in theaters. Thought the movie was a bit rushed and some characters were under utilized. But even than, this is a really good animated film set in the cyberpunk genre. This movie deserves a sequel and a prequel.
37 people found this helpful

Eagle68Reviewed in the United States on July 10, 2019
5.0 out of 5 stars
Brilliant. Puts DC and Marvel to shame.
Verified purchase
Only crit - I didn't want it to end.
29 people found this helpful

CabbitReviewed in the United States on March 1, 2019
5.0 out of 5 stars
Enjoyable Movie Adaptation of An Anime Adaptation of A Manga
Disclosure: I have read the source manga up to the current series and have also seen the anime. As such, there may be bias, unconscious or not in this review.

Personally, I loved the movie from start to finish. Can't imagine the BD being different. The visuals are stunning, a true credit to the talents at WETA. The acting is solid and Rosa Salazar's motion performance from body to expression are captured perfectly. Alita, in my opinion, comes across as a living being among the rest of the cast. Being fair, other mocapped actors did great jobs as well (Skrein). Rosa’s performance truly separated Alita from the others though and she deserves some kind of award recognizing her work in this movie. This film should also win visual effects next year (I doubt anything will come close even in the next 10 months). The action is thrilling, well-choreographed and never dull with some serious “owns.” The film adaptation is ambitious, taking a few volumes of the manga (which is a very rich universe) and mixing it with elements of the anime, then fitting it into two hours...there was easily enough for a 2.5 to 3 hr movie. I do think some aspects, especially Japanese symbolism, may be lost and/or misinterpreted through a Western lens. Kudos to Rodriguez’s and Cameron’s execution of this movie.

Is it perfect? No! I found some dialogue cheesy and there are two nagging questions I have from the manga that persist into the film. However, while there, the minor flaws did little to detract my enjoyment of the parallels and contrasts in characters, off the hook action and some genuinely emotional scenes (for me at least). While not heavily advertised, and the disparity of critic reviews versus audience reviews being so stark, the movie is worth it. Great movie!
69 people found this helpful

K. F HarkinReviewed in the United States on July 16, 2019
5.0 out of 5 stars
This is a fantastic film which is worth watching.
Verified purchase
As a technical achievement this film is phenomenal. Understand the main character is entirely CGI. Motion capture was used but every piece of skin, hair on her head and clothing on her back is CGI and done so flawlessly.

It would be easy to simply love this film for the technical achievements and fantastic action sequences but it is also outstandingly written and acted. No, this is not dialogue out of The Godfather. This is an action film but the dialogue is well composed, the main characters we interact with and their motivations are evident and the humanity conveyed by the main character is exceptional. Some complain about the teen love story presented here but it is both properly done per the original manga from the 1990s and very well presented here. This is a girl with no memory of her former self yet still possessing a teenage girl brain. Her naivete and honesty are enchanting and startlingly backed up by a spine of steel and a morality which refuses to stand idle in the presence of evil. She is both supremely capable yet tragically innocent. Watching her growth and that of the four major characters around her was entertaining.
15 people found this helpful
See all reviews
Back to top
Get to Know Us
Make Money with Us
Amazon Payment Products
Let Us Help You
EnglishChoose a language for shopping. United StatesChoose a country/region for shopping.
© 1996-2022, Amazon.com, Inc. or its affiliates