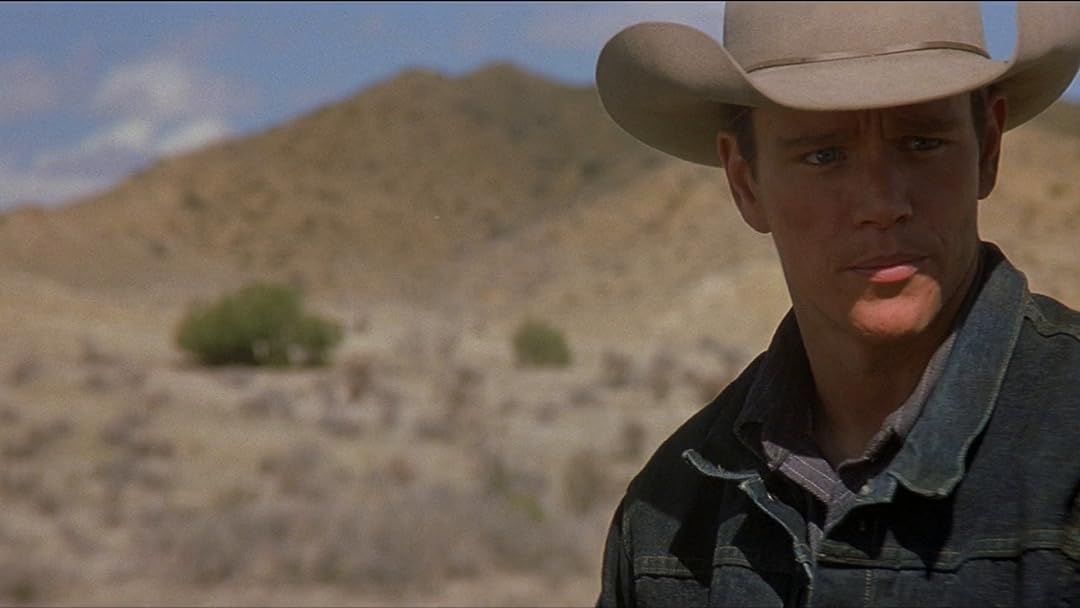 All The Pretty Horses

Leaves STARZ in 5 daysRentals include 30 days to start watching this video and 48 hours to finish once started.

JeffReviewed in the United States on December 14, 2020
4.0 out of 5 stars
Not bad at all-title is misleading, but the movie is good.
Verified purchase
I never read the book, but I think it's a good, and very watchable movie. Most of the performances are great. It was especially wonderful to see Miriam Colón again. It only has one major flaw in my opinion: Penelope Cruz. Anyone could have played her part, especially since she mostly re-hashes the same character over and over again. Superb performances by Henry Thomas, and Lucas Black. Lucas nearly steals the movie out from under everybody. Henry Thomas has never been more believable, nor engaging as a not-overly-wordy cowboy. Matt Damon is typically Matt Damon-which is a good thing. I like him, and he always gives a believable performance. There's a lot of integrity in this story, much that's been forgotten in this world. I give it 4 stars because it's not a mind-blower, but a worthy movie with strong performances.
One person found this helpful

JayReviewed in the United States on September 19, 2021
5.0 out of 5 stars
A Good, Timeless Story worth the Watch
Verified purchase
You look for Flaws & one will always find them. With this Film, why not just sit back and watch a wonderful Story unfold, told by great Actors embracing believable characters.
Sure, Films rarely tell a Story better than the Novel from which they were inspired so to compare each will always bring disappointment. Novels allow for deeper nuance and introspection and this is what the Film is asking the Viewer to do for themselves.
I chose this Film basically for lack of decision after a long scroll and glad that I landed on it. I never felt like it was wasting my time - I hope people give it a try and feel the same.

Linda RittenhouseReviewed in the United States on July 30, 2018
5.0 out of 5 stars
GREAT movie, BAD title
Verified purchase
This movie should be re-named and re-released. This gripping tale tells of the coming of age of a young man (Matt Damon),
who I feel delivers one of the best performances of his lifetime (as does Penelope Cruz). Unfortunately, the majority of men of all ages,
who would be entranced, entertained, and possibly uplifted by this captivating story, are not likely to take a chance on a movie
named all the pretty ANYthing...let alone "All the Pretty Horses".
I can only presume that the title is upon the insistence of the author of one-of-my-all-time-favorite novels on which the movie is based, Cormac McCarthy, and my apologies if that is not the case. Clearly Test Marketing 101 would have revealed the flaw in this movie title. Unlike what the pretty title suggests, this movie is raw, gritty, and nothing but "manly". Sadly too many men (and women for whom the title conjures up "My Little Pony" plastic toy images) will be able to see past the title to give it a chance.
Director, Billy Bob Thornton does an superb job of staying true to the novel, which I also highly recommend if you enjoy great writing.

JamesReviewed in the United States on November 29, 2011
5.0 out of 5 stars
Mood and Dialogue Wash Away All Flaws
Verified purchase
Look, I'm not saying the film's well documented flaws aren't there. And for many an intelligent viewer, those legitmiate flaws are enough to wreck the film. But for those of us who are turned on by a certain brand of rural dialgoue and/or by films that set a heavy mood of honest reflection and stay in that mood from start to finish, All The Pretty Horses is rare enough and good enough to swallow up any surface objections to plot holes, structure trouble, etc.

The dialogue is great without wearing its greatness on its shoulder. Billy Bob is a great pairing with the novelist McCarthy because they both understand how to keep dialogue subdued and unassuming while fleshing out some of the most haunting themes.

The lines have meter. They're often poetic without going over the line (I'm lookin' at you, Terrence Malick). Listen to the cadence in these lines from the opening scene, especially the middle line:

"Down in Mexico, they got ranches so big, you can't ride from one end to the other in a week. It ain't all fenced in and sold off and played out. Not down there."

Or consider the poetic repetition in these two lines:

"You are inside. Inside you are."

And as artsy as that might look on the page, the lines are delivered very naturally by Damon, as naturally as would roll off the tongue in real conversation.

And it goes on and on, the poetic, but unassuming dialogue. It's masterfully written and executed in this respect. The same goes for the down-home quality of the dialgue. Without drifting into pure fable, or over-precious Southern Culture, exchanges like "Where'd you get a gun like that?" "At the gettin' place." haunt rather than just amuse. All this is accomplished by restraint in the writing and in the acting.

As for the mood, I bought the dreamlike qualities of the movie hook, line, and sinker, though I can sense how some would roll their eyes. The bizarre prison scene where the prisoner is singing, the mocking Spanish dance the Mexican ranch hand does while Cole is on the phone with Alejandra, etc - those touches of surrealism were right up my alley. They're all the more effective that they are sparse in the film.

As for the common complaint that the love affair is empty, I can go along up to a point. It's based on instant chemistry, and the pair treat the relationship carelessly. But those two facts go together: an animalistic love affair is going to be treated foolishly. That doesn't make the love completely shallow. Sometimes that's how we fall in love and it can be irresistible. I don't think falling for Penelope Cruz across a crowded room or ranch is much of a stretch. My lady friends tell me the same is true for Matt Damon. It's not the noblest kind of love, but it's plenty powerful. Cole's and Alejandra's nobler impulses do take over at natural points and foil the affair. That's as it should be, too.
11 people found this helpful

Roy WestReviewed in the United States on January 13, 2021
5.0 out of 5 stars
Great Movie!!
Verified purchase
The acting is tremendous and I really liked both the era and the location in which this took place: the Tex-Mex border country around 1950. Two of the last genuine cowpokes and horseback adventurers portrayed here. Makes me homesick. Watch it if you love horses and adventure.
One person found this helpful

Michael M. DickmanReviewed in the United States on July 5, 2019
2.0 out of 5 stars
Billy Bob tried but failed in this instance
Verified purchase
Having read the book I was disappointed overall with this film. The script follows the narrative but misses the deeper subtext of what the book had to offer. This book would be hard to film. I give them credit for trying. I understand that the "suits" took control of the final cut away from the Director, Billy Bob Thornton breaking his heart. Save your time and money. Read the book instead.
One person found this helpful

K. J. L.Reviewed in the United States on July 4, 2012
5.0 out of 5 stars
One of my new All Time Favorites...
Verified purchase
I don't understand some people. I agree that there are a couple spots where they jump from scene to scene leaving a question or two unanswered but overall this is one awesome film. I can see some people giving it a 4 star rating but less than that leaves me befuddled.

The scenery alone makes this a great movie. The acting is superb. I was always a Matt Damon so-so fan but no more. That guy can act. I love everything about this movie. The life's lessons growing up, love found & love lost. Happiness, heartbreak, saddness and joy are all brought across the screen so beautifully.

The score for this movie is incredible. I have also bought the soundtrack cd and have already listened to it a dozen times or so. It's haunting beauty is mesmerizing.

Do yourself a huge favor, buy this movie and the soundtrack cd. You will not be sorry.
8 people found this helpful
See all reviews
Back to top
Get to Know Us
Make Money with Us
Amazon Payment Products
Let Us Help You
EnglishChoose a language for shopping. United StatesChoose a country/region for shopping.
© 1996-2021, Amazon.com, Inc. or its affiliates