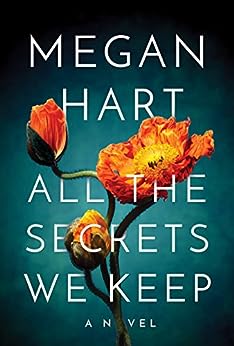 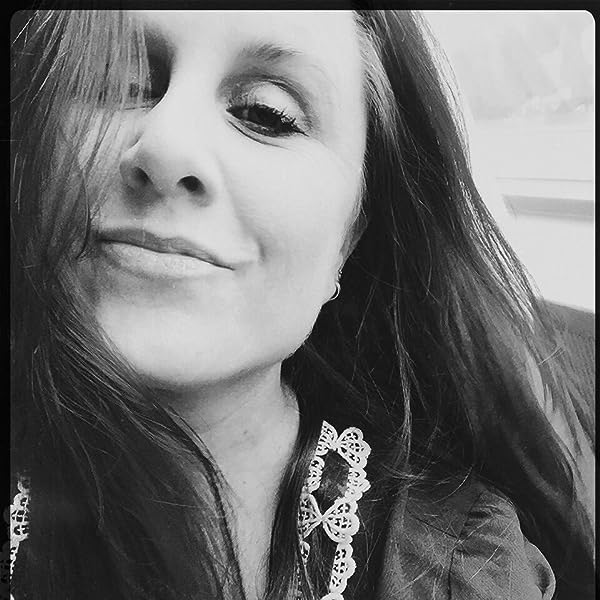 All the Secrets We Keep (Quarry Book 2) Kindle Edition

by Megan Hart (Author) Format: Kindle Edition
Book 2 of 2: Quarry Road
See all formats and editions
Sorry, there was a problem loading this page. Try again.

In the riveting conclusion to Megan Hart’s passionate new family drama, the secrets they keep are no match for the truths their hearts will never let go.

Still stuck in his small Central Pennsylvania hometown, Ilya Stern is used to feeling like a disappointment. After his high school girlfriend, Jennilynn, drowned, he married her sister, Alicia, only to divorce a decade later. The business they started together is threatened by a luxury development—and Alicia has already sold her stake. Now that Babulya, Ilya’s gentle Russian grandmother, has died, there’s no one left who believes in him. Or so he thinks.

Theresa Malone was Ilya’s stepsister for only a year, until his mother threw her pill-popping father out of the house in the middle of the night, forcing teenage Theresa to follow. Now she’s returned for Babulya’s funeral—and to facilitate the quarry-development deal. As she tries to convince Ilya to sell, she realizes her feelings for him have ignited—from sisterly into something more.

Working together closely, Ilya and Theresa struggle to define their intense attraction. When the details of Jennilynn’s death surface, will Ilya and Theresa’s deep connection keep their hope for the future afloat—or submerge them once and forever in their tragic past?

Next 1 for you in this series See full series
Total Price: $4.99
Books In This Series (2 Books)
Complete Series
Quarry Road
Kindle Edition
Page 1 of 1Start OverPage 1 of 1
Previous page
Next page

“A gripping family drama filled with quirky details and twists, told by a master storyteller who keeps readers mesmerized even when they don’t get what they think they want.” —Kirkus Reviews

“As always, Megan Hart’s storytelling was amazing. I reread a lot of parts because she writes so beautifully. That and the interesting and complex story of the families on Quarry Street make this duology a hit in my book.” —Way Too Hot Books

“Megan Hart surely knows how to captivate her readers with not only well-written and compelling stories but with realistic characters as well.” —Des' Random Thoughts

Megan Hart writes books. Some of them use a lot of bad words, but most of the other words are okay. Her more than thirty novels and short stories, featuring a little bit of everything from horror to romance, include the USA Today bestselling Switch and the 2012 RT Book of the Year, Tear You Apart. She can’t stand the feeling of corduroy or velvet, and modern art leaves her cold. She can’t live without music, the Internet, or the ocean, but she and soda have achieved an amicable uncoupling. Find out more at www.meganhart.com, or follow her on Twitter @megan_hart and on Facebook at www.facebook.com/readinbed.

I was born and then I lived a while and I did some stuff. Then I did some things and whatnot. Now, I mostly write books.

Find out more about me at: www.meganhart.com!

Kindle Customer
VINE VOICE
3.0 out of 5 stars A little slow
Reviewed in the United States on March 21, 2018
Verified Purchase
Thank God I was familiar with the characters after the first book, and wanted to see how it all ends, because this one was slow to deliver on the mystery of Jennilynn. Honestly, that was the only open mystery and although it was good to see Ilya grow up, and finally start being a good brother, ex-husband, respectable adult, the progression of his and Theresa's story just seemed to drag out. I can say that parts of the mystery were obvious, but not all. And the fact that it ended the way it did with little fanfare after discovering the truth about Jenni's death, well, it wasn't surprising although disappointing.
Read more
One person found this helpful
Helpful
Report abuse

Rissa
5.0 out of 5 stars Breath through the anguish to reach the end - beautifully crafted story!
Reviewed in the United States on July 7, 2017
Verified Purchase
I was waiting for this book to come out! After falling in love with the depth, pain and beauty of the first Quarry Book, All the Lies we Tell, it seemed to be forever until this one was available. And Megan Hart did not disappoint. We return to the small town in PA with characters Alicia, Niko, Ilya and Theresa to unravel the mystery of their lives and breath through the anguish they all experience. The web of lies each of them has been trapped in astounded me at the end - other people's lies - and how well Hart crafted the plot with twists and surprises blew me away. I think I'm going to miss these characters, I cared about them so much in these books!
Read more
Helpful
Report abuse

BookLvrKat
4.0 out of 5 stars Looking back isn't always the best way
Reviewed in the United States on July 3, 2017
Verified Purchase
Continuing from the first story the author brings us right back to Quarry Road. We get more backstory, we get more romance between another couple and I felt like fighting right along with them to make their dreams come true. Some of the darkness from the first story is given light in this one, and we get some resolution to other questions we had. More questions lurk and only a really strong love is going to make this couple move forward.
Read more
One person found this helpful
Helpful
Report abuse

Bootigs
5.0 out of 5 stars Better than the first
Reviewed in the United States on June 28, 2017
Verified Purchase
I debated reading this book after reading the first but I'm very glad I did. It's a much faster read and there are satisfying resolutions to questions left unanswered in the first novel. I began to get an idea how the secret would be resolved but there was a twist. I was intrigued enough by this novel to try another by Ms Hart.
Read more
Helpful
Report abuse

Sunshine65
5.0 out of 5 stars Wonderful twist!
Reviewed in the United States on July 22, 2021
Verified Purchase
I read the 1st book in this trilogy and didn't know there was a 2nd book. Now I've found that there is a 3rd book. This is a really great read! It carries the story to another couple that you never thought would be a couple in the 1st book. So looking forward to book 3.
Read more
Helpful
Report abuse

Karen
5.0 out of 5 stars Worth the money.
Reviewed in the United States on June 29, 2017
Verified Purchase
After I read the first quarry book I knew I had to own them both. So I preordered this one. Now I'm finished reading it and I'm sad that its over. This story of these lives. Too real. It makes me happy to know we can over come our obstacles. And even when love isn't practical, its meant to be.
Read more
Helpful
Report abuse

Tyneka Kearse
5.0 out of 5 stars Great book
Reviewed in the United States on March 12, 2019
Verified Purchase
This book brings out so many emotions. It makes you feel what the characters feel. Real life situations that people go through and real life feelings that are felt by many.
Read more
Helpful
Report abuse

D. Klein
5.0 out of 5 stars A nice love story...
Reviewed in the United States on May 19, 2018
Verified Purchase
This was an easy read. It had the right amount of drama and intrigue. No violence. Enough twists and turns to keep it interesting. It’s well written. I felt like I knew the characters personally. I enjoyed it.
Read more
Helpful
Report abuse
See all reviews

Carole-ann A.
5.0 out of 5 stars Recommended
Reviewed in the United Kingdom on July 19, 2017
Verified Purchase
Great book. Read the first Quarry Road and had pre ordered this as it was a book you could switch off with..Ideally read book 1 first as you will probably be a little lost otherwise.
Read more
Report abuse

Christina Carey
5.0 out of 5 stars Great follow on book
Reviewed in the United Kingdom on September 3, 2017
Verified Purchase
This book was a great read..I would recommend it as it gives an insight to many families that seem normal or perfect but are certainly not.
Read more
Report abuse

Phil McKentey
5.0 out of 5 stars Five Stars
Reviewed in the United Kingdom on December 3, 2017
Verified Purchase
As good as the first one, rounds off the story.
Read more
Report abuse

Amazon Customer
5.0 out of 5 stars Loved it.
Reviewed in the United Kingdom on August 14, 2017
Verified Purchase
I loved this book. It was warm, witty, true to life and engaging.
Read more
Report abuse
See all reviews