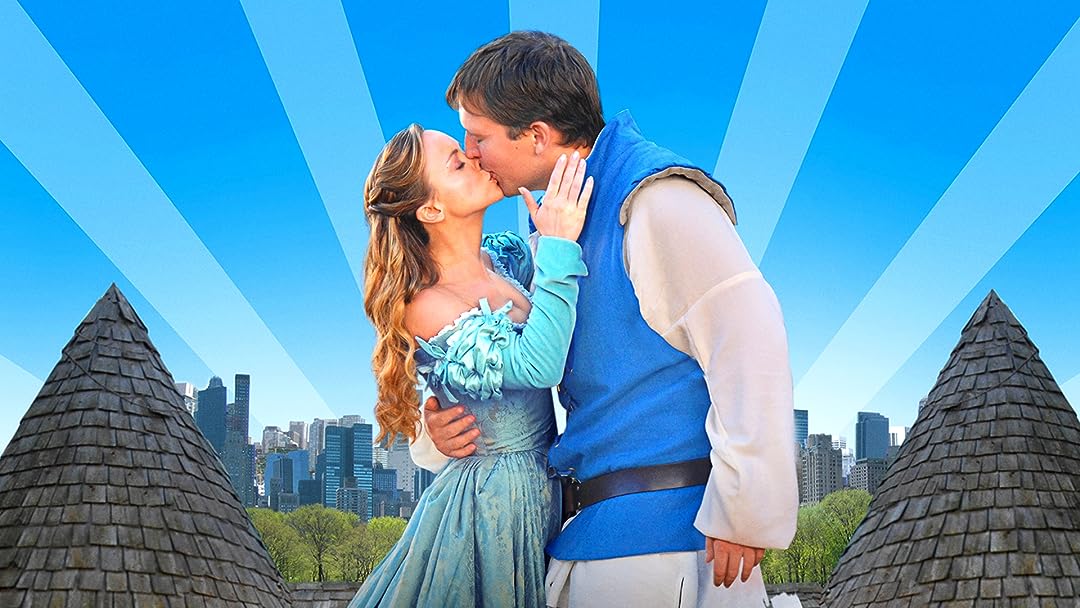 (172)
1 h 47 min2009PG-13
A theatre troupe is about to lose its prime gig at Ye Olde Times Renaissance Faire to a rival troupe of conceited, classically-trained Shakespearean actors. This group must revive their act and find help from an unexpected source.

Jesse GardnerReviewed in the United States on September 25, 2018
4.0 out of 5 stars
Showcase of Owen Benjamin's comedy and talents
Verified purchase
I really thought this movie would be awful, I just wanted to watch Owen Benjamin act. I only intended to watch a few minutes, but I watched the whole thing. When I wasn't laughing I was smiling. I really liked how they worked in his standup comedy and piano ability, the song he played at the climax sounded like something he would sing on stage. Matthew Lillard was funny too. Christina Ricci didn't really get the spotlight she deserves, but she did very well in her part. The movie really shows how something like a renaissance faire can become a hyperreality. Definitely not a family movie, which is what it looked like at first glance. Pretty adult stuff in this one.
20 people found this helpful

crisReviewed in the United States on December 16, 2019
1.0 out of 5 stars
Can I give Zero stars? Or negative stars?
Verified purchase
I love Renaissance Festivals so I thought I might enjoy a B-movie about a movie set at one. However, this is so bad it's a wonder anyone spent money on it. How did they get these reasonably well known actors to be in it? What hideous acts were they blackmailed with? The occasional moments of creativity aren't enough to save it.
8 people found this helpful

Amy TevesReviewed in the United States on May 9, 2019
5.0 out of 5 stars
Super funny, love it!
Verified purchase
I dont remember how I first saw this but it was years ago. I've been thinking about it off and on for years and finally decided to buy it. I think its really funny and like that its not super lewd but not totally clean either. It walks the line perfectly. The actor that plays Rank makes the movie. SO funny! I can watch this over and over.
8 people found this helpful

Ricci is wasted in this film but she manages to play it fairly well, as does Lilliard. I'm not sure what Ann-Margret is doing in this, but, oh well. A few others in the cast didn't embarrass themselves too badly, and much of the rest of the cast did their campy best in a production that was meant to be campy, so, it's hard to fault them. Benjamin is, however, not an actor and it showed . . . sadly for him, some of the best laughs here are at his expense.

Much of the filming did happen at an actual Renaissance Faire . . . fun for me but most don't enjoy that kind of stuff.

The DVD itself is poor, with poor recording in spots.

STReviewed in the United States on March 6, 2017
1.0 out of 5 stars
Uncomfortable and disturbing
Verified purchase
I hated this movie! I love Christina Ricci, she was the only thing this movie had going for it. The rest of it was surprisingly dirty and uncomfortable! Two of the subplots were extremely disappointing. One was where one character was trying to keep his penis from falling off due to a curse from a stripper witch. The other was the "pretty princess" calling men in to please her in her trailer; the guy would go enter the trailer, and then the trailer would be shaking and she's moaning & groaning in a suggestive way, but she's really just a crazy person because she had the guy only painting her nails for her. The whole movie was a bit disturbing and unsettling. Very disappointed.
22 people found this helpful

Guy TaylorReviewed in the United States on March 8, 2016
4.0 out of 5 stars
Fun at the Faire!
Verified purchase
This is a Fun Frolic at the Faire! While the story is a bit formulaic in spots, the romantic heart of the story is fun. Although a few of the characters could be described as parodies of types, most of the characters are both well-defined and believable. Add to that an opportunity to see Renaissance Faire activities up close, and from the other side of the mirror, so to speak, and this was a pleasant evening's entertainment.

Hope you enjoy it, as well!
11 people found this helpful

The Ribbon ThiefReviewed in the United States on August 25, 2017
1.0 out of 5 stars
Lengthy, painful, unnecessary shlock
Verified purchase
Quite literally one of the worst films I've seen yet. Doubly painful to watch because I could tell most of the cast was actually trying. The concept definitely had merit (in fact Jack Black was originally slated to helm a straight comedy version that was later scrapped), but the writing is so confusingly bad that not even the usually charming Owen Benjamin could win a smile from me during the nearly two hour run-time. Skip and save yourself the cringe-fest.
8 people found this helpful

Bob GReviewed in the United States on March 27, 2018
4.0 out of 5 stars
Better than Faire, but not great
Verified purchase
The 4th star is because I love Ren Faires, so 3 stars otherwise. It's a fun film, not a great one. The sense of humor isn't 'family,' but is in the earthy manner of real Ren Faires. Ricci and Benjamin's characters are believably 22ish but the actors were both about 29. Ricci is a charming pixie. Benjamin's performance is good but he needed some gym time to be more convincing as a football star. The rest of the cast are also good.
One person found this helpful
See all reviews
Back to top
Get to Know Us
Make Money with Us
Amazon Payment Products
Let Us Help You
EnglishChoose a language for shopping. United StatesChoose a country/region for shopping.
© 1996-2021, Amazon.com, Inc. or its affiliates