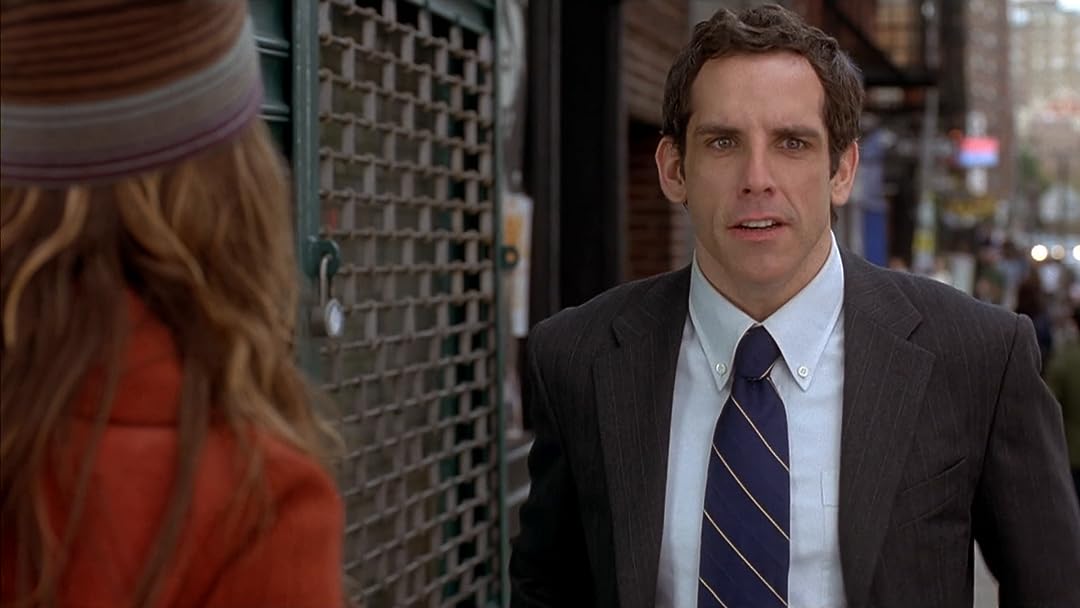 C. L. MortonReviewed in the United States on March 9, 2019
1.0 out of 5 stars
Hilarious? Maybe to Creators Who Foisted This on Us
Verified purchase
We knew going in that Jennifer Aniston isn't a terrific actress. And Philip Seymour Hoffman we just have to overlook, as the only thing he did that had any worth was Capote, coupled with his bit role in Almost Famous. Stiller we'd come to enjoy in the Night at the Museum series. When I saw Danny DeVito was one of the producers, I thought this film just may have some promise.
Alas, Amazon has proven once again that anytime a copywriter interjects "hilarious" in a movie's description, there isn't a laugh to be found; the movie is a stinker. This is most definitively true of "Along Came Polly." If it were offered for free as part of my Prime membership, I wouldn't be so P-Oed. But when I shell out $3.99 for a film, I expect it to *some* merit. This has none.
"Along Came Polly" is not hilarious; complain to AMZ about its false advertising.

perlbuilderReviewed in the United States on October 30, 2020
5.0 out of 5 stars
The good news is....
Verified purchase
Messing and Baldwin aren't in very many scenes. Both of those two have alienated so many potential fans due to their political brow beating, they can be difficult to watch. Hoffman has a crude but funny scene involving a GI incident called a... well I'll let you experience it. Jennifer and her blind ferret were both cute. Overall an enjoyable movie.
5 people found this helpful

Thinker3Reviewed in the United States on February 10, 2019
3.0 out of 5 stars
Nothing Riskier than Trying to Avoid Risk
Verified purchase
Reuben is not only a risk analyst for an insurance company; his life is devoted to avoiding risk and securing stability. His concern about scuba diving risk leads to a disaster on his honeymoon. It turns out that nothing is riskier than trying to avoid risk. Polly is the opposite, flitting from one risky activity to the next and never wanting stability. It's obviously a perfect match, but it takes them some time to figure this out and to figure out that compromising will be best for both. Some good laughs along the way and a great performance from Philip Sidney Hoffman. For a more philosophical take on the ideas expressed in the film, see the work of Martha Nussbaum.
4 people found this helpful

Aaron Michaels.Reviewed in the United States on August 20, 2021
4.0 out of 5 stars
I liked it.
Verified purchase
I like it, it is smart and funny, there is a masculine side to the movie with Ben and a feminine with Jennifer. I like the movie, watched it about two times in less than a day, it is just light hearted, and likeable. There are moments that are really funny, peculiar, and silly. The man Alec is in it, which is great, he is still sexy in this movie, and Polly is so likeable to me, she is feminine and stylish. Hoffman really adds character to the movie, overall I think it is a good film, its funny smart, but it also has some form of heart and a lesson to it.

teols2016Reviewed in the United States on June 30, 2014
4.0 out of 5 stars
Solid...
Verified purchase
I've seen characters a lot more neurotic and a lot more annoying (the two don't always go hand-in-hand.) Ben Stiller isn't one of them, giving a convincing and enjoyable performance as an insurance risk assessment expert who definitely brings his work home with him, evaluating every tiny decision and weighing every option's risks against its rewards. He separates from his newlywed wife, played by Debra Messing, after catching her cheating on him with a French scuba instructor, played by Hank Azaria, on their honeymoon. A while later, he meets an old friend from school, Polly Prince, played by Jennifer Aniston, and the two begin to date despite her more outgoing and "risky" lifestyle (i.e. salsa dancing.) This is one of those films where you can just kick back and watch what comes pretty darn close to everyday people just trying to get through life. That is a very good kind of film to have around. Ben Stiller definitely wasn't bad, though my favorite was Philip Seymour Hoffman, who is just an actor who will remain legendary for a long time to come. RIP, Mr. Hoffman. Jennifer Aniston was also good, but I think the filmmakers were sometimes trying too hard to make her character as opposite from Ben Stiller as possible...don't force it. When that's not forced, the two work very well together. Overall, a good movie to kick back, relax, and watch...maybe with a companion of your own. Enjoy.
4 people found this helpful

RichardReviewed in the United States on July 14, 2021
4.0 out of 5 stars
Cute safe movie.
Verified purchase
So if you’re looking for a nice safe movie that everyone is likely to enjoy at least some parts of this movie isn’t a bad choice. My wife and I watched it when we had one of our seldom seen alone nights. It certainly fit the bill of a romantic comedy. There was enough humor to keep our interest and it was not sappy at all…well maybe a little at the end. Overall though it was a nice movie.

FRBReviewed in the United States on August 12, 2018
1.0 out of 5 stars
Childish ...
Verified purchase
Wow, expected so much more, glad we did not pay to see this is the theater, bad enough we wasted $4 on it renting it. It had potential. If you are into middle school behavior & the denigration of the male gender, then you may enjoy the movie. If you are looking for a better romcom with some substance look elsewhere.
10 people found this helpful

Amazon CustomerReviewed in the United States on January 23, 2022
5.0 out of 5 stars
Great for overcoming OCD or anxiety
Verified purchase
If you suffer from OCD or anxiety, this is a feel-good eye-opener that teaches you to let go and enjoy the ride and realize that sometimes when things don't work out as planned, there is something better than we ever could have imagined out there. Trust the universe and enjoy the ride.
See all reviews
Back to top
Get to Know Us
Make Money with Us
Amazon Payment Products
Let Us Help You
EnglishChoose a language for shopping. United StatesChoose a country/region for shopping.
© 1996-2022, Amazon.com, Inc. or its affiliates