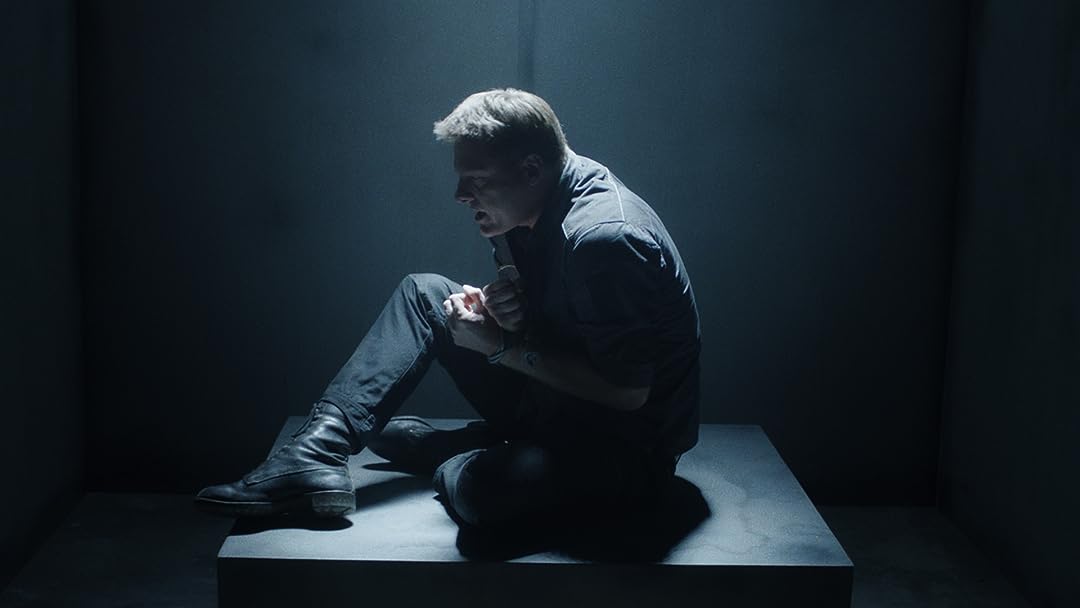 (225)
5.41 h 30 min201818+
Grieving over the loss of her husband in a car crash, a particle physicist decides to travel to a parallel universe to find him again. Unfortunately, this has dire consequences for the rest of her family.

Movie freakReviewed in the United States on June 15, 2018
5.0 out of 5 stars
No spoilers in this review. Great movie about parallel worlds. PG-13. No S,L,N, and only mild violence.
Verified purchase
I gave it 5 stars because there is no way to cover every aspect of traveling through parallel dimensions and all the sub-stories that are possible. This is one of those sub stories and they did it well. The acting was good. The direction was good. The photography and special effects were good.
Our main character demonstrates why you should not going dimension hopping in the first place. You don't know what the dangers are and how different the people you "know" are, as they have led slightly different lives. It is a story about the ethical and moral concerns of traveling through parallel worlds. They demonstrated it well and the ending was good. If you ever wanted to watch a movie on the theoretical possibilities of inter-dimensional travel, then here it is. Enjoy it. I think you will like it. I did.
65 people found this helpful

GavyneReviewed in the United States on August 6, 2018
5.0 out of 5 stars
Better than expected, recommended for sci-fi enthusiasts
Verified purchase
So much better than I expected, please make a sequel. This movie touches the ethics of transportation across a parallel universe. What it may have seemed to be a good idea at first, for emotional reasons, turned out pretty badly. It was an entertaining watch, highly recommended.
21 people found this helpful

Caveat AuditorReviewed in the United States on November 13, 2018
2.0 out of 5 stars
Goes nowhere
Verified purchase
Even by ScyFy Channel standards, this is a pretty bad sci-fi movie. The set-up is thin and implausible, the acting wooden and the pace more turgid than trying to wade through a swamp. The plot in and of itself isn't a bad vehicle for a movie, but it would require a lot more character development and direction to work. There's room enough for that even in a 1 1/2 - 2 hour movie, but this movie wastes too much time on nothing to make the plot work and to make it suspenseful enough to be worth watching.

Dynacomp2002Reviewed in the United States on July 8, 2018
5.0 out of 5 stars
Low budget, but high quality - most importantly, makes you think.
Verified purchase
Excellent!
I absolutely love low budget movies that really make me think, and don't follow common themes. This is a movie for those who also love Primer and Ink.
I will not spoil anything, so will not give details. But if you've ever read Max Tegmark's "Our Mathematical Universe," you are in for a mind treat.
This movie has excellent actors, a very well thought out script with meaningful dialogue, and made me wonder many times what was going to happen next. A truly wonderful movie.
19 people found this helpful

Terra IncognitoReviewed in the United States on June 9, 2018
3.0 out of 5 stars
Solid scifi teleportation flick
Verified purchase
solid scifi flick. good plot, though predictable after the second iteration, it was clear what was happening, but like good suspense and crime movies you want to see it play out in the details. the Jane character was the strongest actor and carried the action. the kids were wooden and that is an understatement. but it was fun watching all the main characters scramble through the hoops. A few surprizes in the end as befits a good short story where the punch line comes at the end. Not a great film, but still good entertainement.
9 people found this helpful

BooBerry1Reviewed in the United States on June 17, 2019
1.0 out of 5 stars
Absolutely No Character Build-up
Verified purchase
I just wasn't able to get into this movie. You see the characters, but there is no way to bond with them and their relationships to each other...everything has a flat effect. No big explanation of what is happening in their lab. What we see happening just looks really stupid. Well I got through about 15 minutes and had enough!
2 people found this helpful

Florence NightengaleReviewed in the United States on February 10, 2019
3.0 out of 5 stars
Average SiFi parallel universe and time travel film.
Verified purchase
This is clearly not an epic four or five star film like some reviewers had given. Do not think that this is a 4/5* movie like Titanic, Gone with the Wind, Star Wars, etc. or award winning films, in fact this film has no awards no know actors. Other ratings that are more objective gave this a 50% rating. It is inconceivable that those that gave this a top five star rating could ever properly rate some of the most famous films in history, like I mentioned above. This is an intellectually interesting concept using parallel universes and time travel. It is based on the fact that there is such a thing as both parallel universes and time travel into these alternate worlds we might be living in. It clearly warns about the dangers of this type of time travel while providing suspense. This film is better than other prime films which have had a 4 star ratings. But do not think this is a quality film like other great sci-fi films which have had real four star ratings. This is a film that can be watched when you have nothing better to do and you tend to be into science fiction, time travel and parallel universes. Be sure to reduce your expectations since this is not 4 stars. Overall, remember this is more like a low budget B rated film, no awards and no great actors, but you will be on the edge of your seat at the end! Stay for the ending.
3 people found this helpful

OligonicellaReviewed in the United States on November 8, 2018
5.0 out of 5 stars
Three for three.
Verified purchase
Always said, for a good indie you need two of three: good story/direction, fine actors, sufficient budget. Nice, solid scifi story with minimal technical bull. Acting was great. Everyone came across as real people and Jacqueline McKenzie was remarkably good. Enough budget to make lab equipment that was far beyond running aluminum wrapped tubes.

You will not be disappointed spending some time watching this flick.
2 people found this helpful
See all reviews
Back to top
Get to Know Us
Make Money with Us
Amazon Payment Products
Let Us Help You
EnglishChoose a language for shopping. United StatesChoose a country/region for shopping.
© 1996-2022, Amazon.com, Inc. or its affiliates