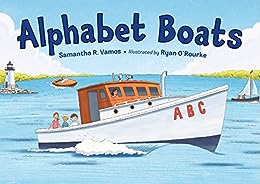 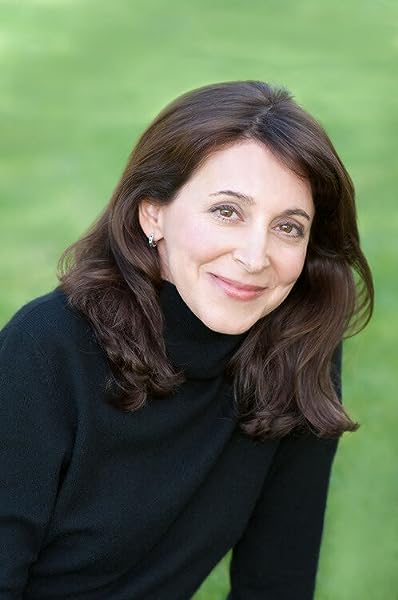 by Samantha R. Vamos (Author), Ryan O'Rourke (Illustrator) Format: Kindle Edition
See all formats and editions
Sorry, there was a problem loading this page. Try again.
Set sail and learn the ABCs with a boat for each letter!

Discover twenty-six types of vessels, from the more common--canoe and motorboat--to the unusual--umiak and Q-boat. Just like in Alphabet Trucks and Alphabet Trains, colorful art includes the letters of the alphabet hidden (and not-so-hidden) in supporting roles in the illustrations. The text features familiar as well as unusual boats from around the world, packing in tons of instant kid appeal, and upper and lowercase letters are integrated into the action of the art rather than solely in the typography. Back matter includes age-appropriate facts about each featured boat.
Read more
Previous page
Next page
Fire Tablets
Fire Phones
Free Kindle Reading Apps
Available on these devices

Ahoy! "Raise the anchor. / Grab the oars. / Chart a course / to distant shores. "The opening rhyme sets the scene for this alphabetic litany of boats. Who knew there were so many types? Each letter/type occupies a single page and is accompanied by a simple, one- or two-sentence definition. Some are obvious choices: C for catamaran; K for kayak; T for tugboat. Others are more obscure, at least to outsiders to sailing culture: Q for Q-boat, an armed merchant ship; X for X boat, a small dinghy used to teach beginners. A few are real things but may seem forced to those not in the know: N for narrow boat; V for very slender vessel. Most are presented in a clear context, and for those that are not (U for umiak, "used for migration and trade"; Z for zebec, "a merchant ship light and fast"), readers may consult the closing glossary for a bit more information. The computer art is attractive, adding whimsy by incorporating the letters into each picture. For instance, the illustration of the dory shows people fishing and reeling in D's instead of fish, and the submarine browses the depths surrounded by fish and S's. This companion to Alphabet Trains (2015) and Alphabet Trucks (2013) offers opportunities for classroom use as well as learning for boat enthusiasts.
—
Kirkus Reviews


Rhyming text and digital illustrations capture watertight conveyances of all shapes and sizes in this cheerful alphabet book. One to two sentences are spent on each letter of the alphabet all while describing a special type of boat. “K is for kayak, long and narrow to move faster. L is for lifeboat—rescue in case of disaster.” An uncomplicated rhyme scheme helps the story become a read-aloud and encourages young readers to try some of the harder words like moor or shoal. Delightful digital illustrations showcase the letter in various uppercase and lowercase forms throughout each page, and children will delight in finding the letters on each page. VERDICT A first purchase for libraries looking to expand their ABC or transportation shelves.–School Library Journal

Samantha R. Vamos is the author of Alphabet Boats, Alphabet Trains, Alphabet Trucks (illustrated by Ryan O'Rourke), The Cazuela That the Farm Maiden Stirred (illustrated by Rafael López) - 2012 Pura Belpré Illustration Honor - its companion book, The Piñata That The Farm Maiden Hung (illustrated by Sebastià Serra), and Before You Were Here, Mi Amor (2009, illustrated by Santiago Cohen). Samantha previously worked as an attorney, practicing in Washington, D.C. and Chicago, IL.  Samantha was born in the Midwest, grew up on the East Coast, and lived in the Pacific Northwest before moving to the Bay Area with her husband, son, and their rescue puppy, Bowie. Visit Samantha online at samanthavamos.com.


For many years Ryan O'Rourke's illustrations have appeared in galleries, newspapers, and magazines, including a weekly illustration for the Boston Globe Sunday Magazine. One Big Rain marks Ryan's foray into children's picture books. He makes his home in Connecticut. --This text refers to an out of print or unavailable edition of this title.

Raise the anchor.
Grab the oars.
Chart a course to distant shores.
Cast off!
Set sail!
Splash!
Alphabet boats. --This text refers to an out of print or unavailable edition of this title.
Read more

Amazon Customer
5.0 out of 5 stars Most satisfied book purchasing.
Reviewed in the United States on September 19, 2019
Really great book, I bought this book for my baby, but guess what, it's educational for me as well. I can learn the boats types with ABCs and there are some types I didn't even know before. Also colorful pics can catch your eyes, even my puppy shows interest in this book.
Images in this review

Cia Wenzel
5.0 out of 5 stars A copy for every child's library
Reviewed in the United States on April 25, 2018
Verified Purchase
Samantha Vamos has another hit on her hands. The text is engaging and the illustrations charming and supportive. I read it to my three young grandsons and they hung on every word. I have bought several copies to give as gifts. I do hope there will be a board book version of Alphabet Boats as that would be great for very young children. There is an explanation in the back that is more technical for the edification of older readers. I learned about boats that I'd never heard of before and facts new to me about boats that I am familiar with.
Read more
2 people found this helpful
Helpful
Report abuse

An honest man
5.0 out of 5 stars A delightful gem!
Reviewed in the United States on April 29, 2018
Verified Purchase
I thoroughly enjoyed this book! I loved in addition to how each letter of the alphabet fit seamlessly with the illustration but the level of creativity this author displayed is something to be admired. Some of the “boats” I have never heard of before but that adds to the level of enjoyment! A very fun read and on top of that one will learn more than what they know when completing! Highly recommend!
Read more
3 people found this helpful
Helpful
Report abuse

katieandwubby
5.0 out of 5 stars Glorious new educational picture book
Reviewed in the United States on April 25, 2018
Verified Purchase
Ms. Vamos, If you keep steering these jolly, transportive, educational vehicle adventures our way, we promise we will surely keep buying a ticket to ride along with you! With each installment of the "Alphabet Series", my kids and I have learned so much about different varieties of trucks, trains and (now) boats - some of which we had never heard of before. This is that perfect picture book that delivers stunning artwork, clever word play and fresh material that sends us off to look up and learn more about all of these hard working modes of transportation. Ahoy! We think you've done it again!
Read more
2 people found this helpful
Helpful
Report abuse

haneen hayder
5.0 out of 5 stars Great book! We bought this book for our 2
Reviewed in the United States on May 16, 2018
Verified Purchase
Great book! We bought this book for our 2.5 year old son and he was so intrigued and mesmerized by the different types of boats. I even learned about few boats that I never heard of.. very well illustrated and was able to capture the attention of our toddler.. This one is defiantly one of our favorites alphabet books along with his absolute favorite elphabet trucks
Read more
3 people found this helpful
Helpful
Report abuse

Andrew Fowler
5.0 out of 5 stars Great book for adults and kids
Reviewed in the United States on April 20, 2018
Verified Purchase
Great book for adults and kids. The text and rhymes are interesting to read. Thanks for not dumbing it down! The pictures are super engaging and my son really enjoyed finding all the hidden letters.
Read more
2 people found this helpful
Helpful
Report abuse

Latinxs in Kid Lit
5.0 out of 5 stars Exceeded my expectations of an ABC book
Reviewed in the United States on August 13, 2019
Come on a rhyming ride through the alphabet on a boat! This is no ordinary trip as you will be immersed in a rich vocabulary of boat life around the world. There are various types of boats and they have various ways of moving through the water. For example, you have the barge, the gondola, and the umiak. The illustrations are crisp and detailed, which allow the reader to search for letters within the background. A must read in the classroom for all future sailors!

This book exceeded my expectations of an ABC book, especially in the use of technical vocabulary of boats and more. I definitely learned a lot about boats and their functional parts. While certain parts may become complex for readers who are not into boats, the text includes short phrases so that readers get small doses and remain engaged in the alphabet. A glossary is included in the back to expand on each boat’s description and use. Overall, this book is a great addition, as it invites readers to a new, and maybe familiar, world especially if they live near a body of water.