You've subscribed to Alternatives! We will preorder your items within 24 hours of when they become available. When new books are released, we'll charge your default payment method for the lowest price available during the pre-order period.
Update your device or payment method, cancel individual pre-orders or your subscription at
Your Memberships & Subscriptions
There was an error. We were unable to process your subscription due to an error. Please refresh and try again. 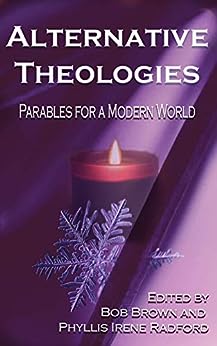 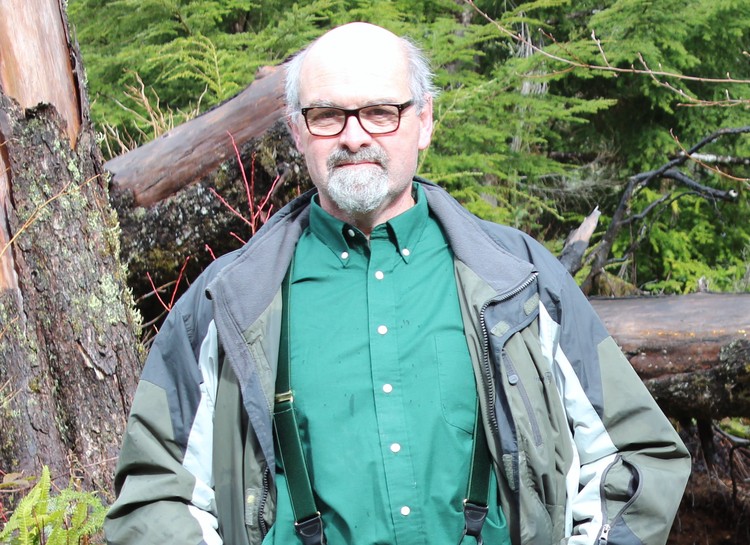 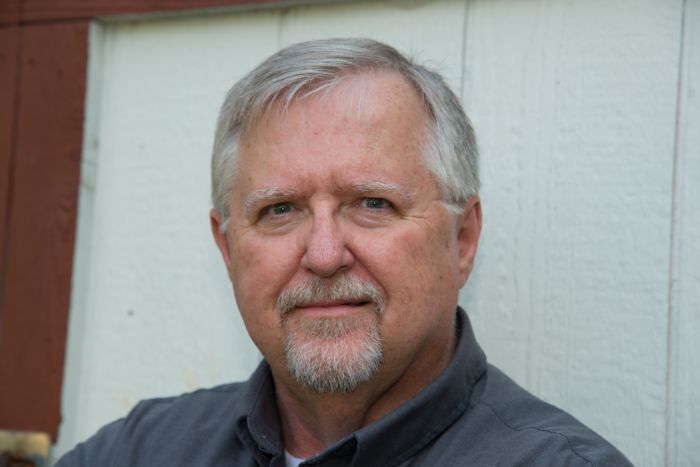 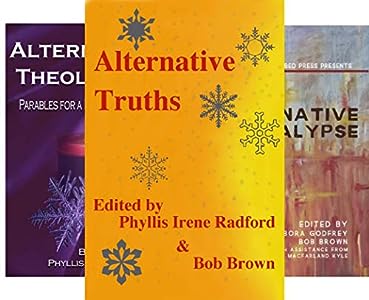 4.5 out of 5 stars
4.5 out of 5
40 global ratings
How are ratings calculated?
To calculate the overall star rating and percentage breakdown by star, we don’t use a simple average. Instead, our system considers things like how recent a review is and if the reviewer bought the item on Amazon. It also analyzes reviews to verify trustworthiness.
Top reviews

Amazon Customer
5.0 out of 5 stars No insults, no hatred, just good writing that looks at belief and faith in very different ways
Reviewed in the United States on August 27, 2018
Verified Purchase
I'll start backwards. I think "Izzy Tells No Lies" by P.James Norris is one of the most beautiful stories I've ever read. I've read the pieces one or two a day because there is so much weight to the ideas , the seeds , that I need time to absorb the thoughts behind the narrative. The stories are very different from each other and all excellent. They are modern world parables and retellings of old, old ones. They are brilliantly impudent without ever being insulting to core beliefs.
Read more
7 people found this helpful
Helpful
Report abuse

Karen Eisenbrey
4.0 out of 5 stars Is your faith strong enough for a little pushback?
Reviewed in the United States on August 23, 2019
Verified Purchase
I read that multiple copies of this anthology had been stolen from the publisher’s vendor booth at a convention, presumably by someone offended by its existence. That seemed both un-American and un-Christian, so I bought a copy. It was money well spent for a variety of thought-provoking stories, poems, and essay with theological themes. I suspect they’re preaching to the choir but it’s nice to know you’re not singing alone.

The pieces were variously entertaining, touching, or forceful. I found the stories most effective, maybe because I prefer fiction, maybe because they seemed to have more space to breathe. The essays tended, ironically, toward the preachy. Since fiction is my thing, I will talk about that.
The collection opens strong with “Counting Sunrises” by Heather Truett, a genuinely sweet story of a girl counting down to the end of the world but mostly OK because Jesus is with her, and with some of her neighbors. “Devine Justice” by Philip Brian Hall is a slyly humorous tale of a (deceased) attorney so slimy and skillful, he can get the worst sinners off on technicalities. “First” by Kara Race-Moore also showed humans as more devilish than devils themselves, as the first human to go to Hell quickly takes over and starts running the place. “Ways of Knowing” by Louise Milton imagines an ancient people so set in their ways, they might starve if not for an outsider who can imagine a new way. “Izzy Tells No Lies” by P. James Norris presents a priest confronted with the fragile, difficult Isaac/Isabelle/Izzy who has visions of life and death. “The Audit” by Colin Patrick Ennen concerns an Almighty who is easily manipulated by bumper stickers. “Forgiveness” by Irene Radford imagines Adam and Eve after the Garden, Adam lamenting their fate and Eve doing the hard work of gathering, trapping, and accidentally inventing beer. “Everlasting Due” is a liberal’s well-thought-out fantasy on the ultimate end for a certain person in public life. “Extinction Level Non-Conjunction Event” by Anton Cancre concerns a mother of a disabled child who was supposed to be the second coming of Christ and might be, anyway. “Don’t Get the Bible Wet” by Debora Godfrey presents a Handmaid’s Tale-like society in which girls are given a “Goodly Bible” with most of the pages glued together so girls and women won’t read the Forbidden Sections…until it falls in the mud and all heck breaks loose. “The Faithless Angel” by E. E. King is a story of loss of faith and just loss, about a guardian angel assigned to one of Job’s daughters. “Temple Tantrum” by J. W. Cook gives us a contemporary take on Jesus turning tables and clearing the Temple. “Righteous Spirits” by Lillian Csernica uses superstition as a cover for human sorrow and despair. “Last Words” by Paula Hammond features Death personified, confronting a heart-attack victim who thought he was virtuous till now. “The Good Mexican” by Melvin Charles is another strong, devastating offering, a retelling of the Parable of the Good Samaritan with a hardworking immigrant in the role of the only person who helps a victim of assault and pays dearly for the privilege. “The Forsaken Wall” by Tom Barlow is a beautiful, heartbreaking picture of grief, as a widow builds a wall where “the forsaken” can stash their gripes. “An American Christian at the Pearly Gates” by Larry Hodges gives us a wealthy, self-righteous character who assumes he’ll be waltzing into Heaven until he discovers how narrow his doorway is. “Lilith’s Daughters” by Liam Hogan reminds us that some tellings have another Woman before Eve who did nothing wrong but be equal to Adam. “Angelica” by Jill Zeller hints at an angel who plays the banjo and can’t keep up with the prayers for help even though belief is way down.

Walter Idlewild
5.0 out of 5 stars Thought-provoking works
Reviewed in the United States on September 3, 2018
Verified Purchase
This is a charming volume with approachable stories speaking to contemporary concerns. I like it when a publisher makes an effort to explore challenging formal territory, and B Cubed is to be commended for presenting a batch of pithy narratives that tackle delicate topics in compelling ways. Check out M.J. Holt's "Everlasting Due" for a good example of how a contemporary topic can be treated successfully in a limited space. Finally, each work is short enough to read in a few minutes, making this book a particularly congenial companion for a busy day.
Read more
6 people found this helpful
Helpful
Report abuse

JLL
5.0 out of 5 stars For the "Open-Minded"
Reviewed in the United States on September 15, 2018
Verified Purchase
Only through about half of it so far, but the stories are really unique takes on aspects of religion (or lack of it). Some are sweet, some are twisted, but all so far are engrossing.
Read more
5 people found this helpful
Helpful
Report abuse

S. Brothers
3.0 out of 5 stars Title Should Be "Alternative Christianities"
Reviewed in the United States on July 17, 2019
Verified Purchase
Nearly all the stories are about variants of Christianity. I thought it would actually be alternative theologies - different ones than Christianity, or even the Big Three (Judaism, Christianity, Islam).

Mind, they are GOOD stories, I'm just disappointed that they were so christo-centric, as if the modern world only offered variants of Christianity.

T'Pel
5.0 out of 5 stars Twisting Reality to Make Political Points
Reviewed in the United States on September 24, 2018
Verified Purchase
And all the points are perfectly valid. The alternate version of The Handmaid's Tale was particularly disturbing considering the 45 years' worth of arguing to overturn Roe V. Wade.
Read more
4 people found this helpful
Helpful
Report abuse

Catherine Cox
5.0 out of 5 stars Great collection of indie sci-fi
Reviewed in the United States on November 2, 2018
Verified Purchase
Loved most of the stories, liked the rest. The perspectives a refreshingly unique.
Read more
3 people found this helpful
Helpful
Report abuse

Amazon Customer
5.0 out of 5 stars When different minds and voices gather.
Reviewed in the United States on September 3, 2018
Verified Purchase
Well done anthology of short stories, poems, and essays on faith. I found a lot to chew on, much I disagreed with, and much that I have carried with me since. If you want material to push your comfort zones, possibly spilling you out of them occasionally, then I highly recommend this book.
Read more
One person found this helpful
Helpful
Report abuse
See all reviews

Beate Marquardt
4.0 out of 5 stars Surprisingly good
Reviewed in Canada on September 16, 2018
Verified Purchase
So many very interesting ideas in this book! The quality of the writing actually surprised be in a good way. More of it!!!
Read more
Report abuse
See all reviews