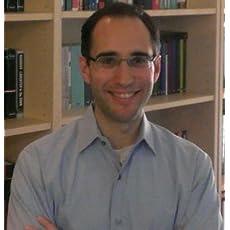 Alvaro is a Hugo and Locus award finalist who has published some forty stories and over one hundred reviews, essays and interviews in venues like Clarkesworld, Asimov's, Analog, Lightspeed, Tor.com, Locus, Beneath Ceaseless Skies, Nature, Strange Horizons, Galaxy's Edge, Lackington's, The Los Angeles Review of Books, and anthologies such as The Year's Best Science Fiction & Fantasy 2016, Cyber World, Humanity 2.0, This Way to the End Times, 18 Wheels of Science Fiction, Shades Within Us, The Unquiet Dreamer, and Nox Pareidolia
Read more 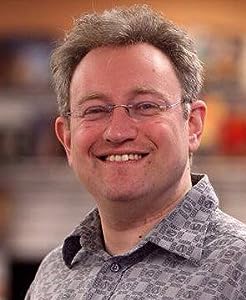 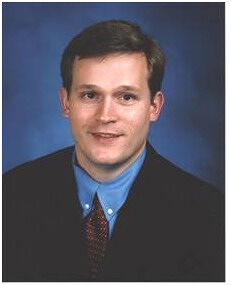 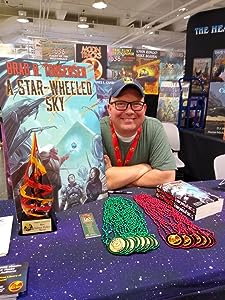 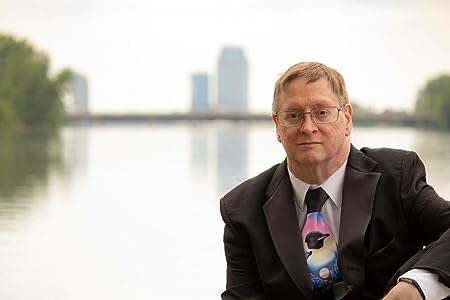 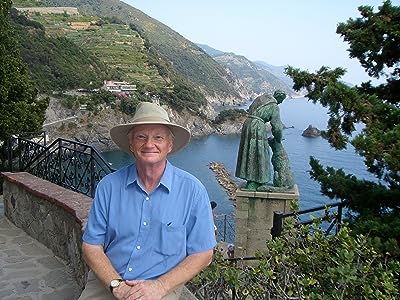 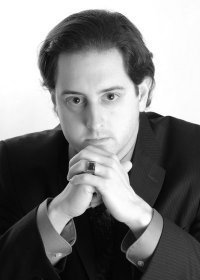 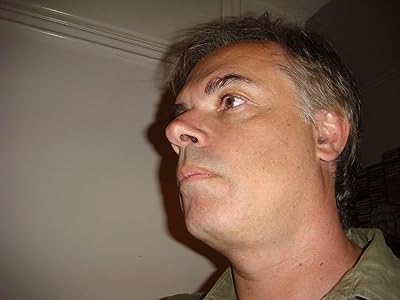 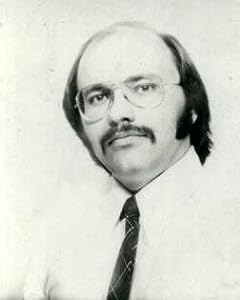 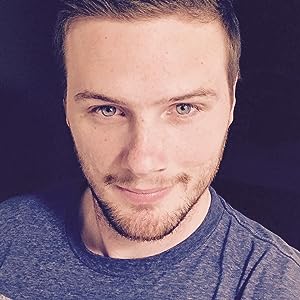 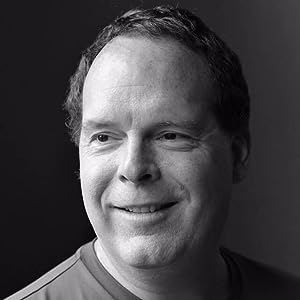 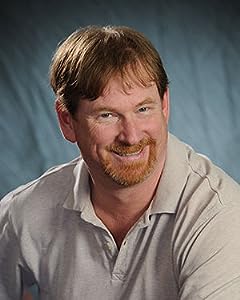 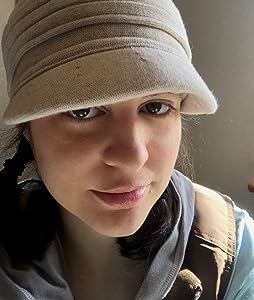 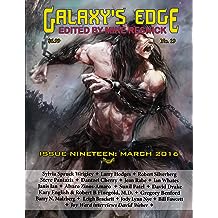 Galaxy’s Edge is a Hugo-nominated bi-monthly magazine published by Phoenix Pick, the science fiction and fantasy imprint of Arc Manor, an award winning independent press based in Maryland. Each issue of the magazine has a mix of new and old stories, a serialization of a novel, columns by Barry Malzberg and Gregory Benford, book reviews by Jody Lynn Nye and Bill Fawcett and an interview conducted by Joy Ward. 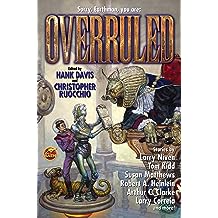 Overruled Apr 7, 2020
by Hank Davis , Christopher Ruocchio
( 29 )
$8.99
ORDER IN THE COURT! A new anthology of science fiction stories that explores what the future of jurisprudence might well be like, with thrilling, hilarious, and downright entertaining results! So much fun, it oughta be illegal! Stories by Robert A. Heinlein, Clifford D. Simak, Sarah A. Hoyt, and more.

Lawyers—pardon me, attorneys—may be portrayed in fiction as the good guys (and gals) or as greedy conniving shysters.

In mundane fiction, the former are represented ably by Earle Stanley Gardner’s Perry Mason and by Harper Lee’s Atticus Finch in To Kill a Mockingbird (we’ll pass over her other novel, Go Set a Watchman, with a less inspiring portrait—consider it obviously set in a parallel world). The less favorable view was expressed by Edgar Rice Burroughs in his SF classic, A Princess of Mars, in which his doubly immortal John Carter observes that the Martians are very fortunate in that, while they may behave with savage cruelty, and are constantly at war, at least they have no lawyers.

Both views of the legal profession have been explored in science fiction and fantasy since John Carter set foot on the Red Planet, as well as looking into possible ways that future punishment for crimes may change, not necessarily for the better. Some of science fiction’s greatest talents are included in this book, including classics by Robert A. Heinlein, Larry Niven, Clifford D. Simak, Robert Silverberg, and more, and newer stories by Sarah A. Hoyt, Alex Shvartsman, and Alvaro Zinos-Amaros, and still other stellar talents bringing down the judge’s gavel with a verdict of excellent entertainment.

Praise for the contributors:

Robert A. Heinlein: “[Stories] as sleekly engineered as a starship.” –Publishers Weekly

Robert Silverberg: “. . . when Silverberg is at the top of his form, no one is better.” –George R. R. Martin

Hank Davis is Senior Editor at Baen Books. He served in Vietnam in the Army and has had stories in Analog Science Fiction, The Magazine of Fantasy and Science Fiction, and anthologies If and Orbit, as well as Harlan Ellison's The Last Dangerous Visions.

Christopher Ruocchio is the author of the Sun Eater Chronicle, a space opera series from DAW Books, the first novel of which, Empire of Silence, is available now. He is also the Assistant Editor at Baen Books and a graduate of North Carolina State University. He lives in Raleigh, North Carolina.
Read more
Other Formats: Audible Audiobook , Paperback 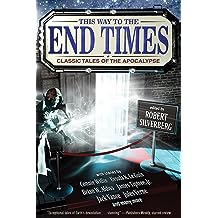 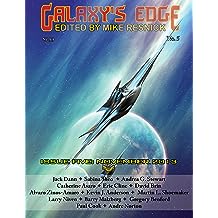 Galaxy’s Edge is a bi-monthly (every two months) magazine published by Phoenix Pick, the science fiction and fantasy imprint of Arc Manor, an award winning independent press based in Maryland. Each issue of the magazine has a mix of new and old (reprint) stories, columns by Barry Malzberg and Gregory Benford and book reviews by Paul Cook.
Read more
Other Formats: Paperback 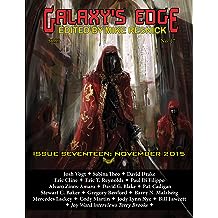 Galaxy’s Edge is a bi-monthly magazine published by Phoenix Pick, the science fiction and fantasy imprint of Arc Manor, an award winning independent press based in Maryland. Each issue of the magazine has a mix of new and old stories, a serialization of a novel, columns by Barry Malzberg and Gregory Benford, book reviews by Jody Lynn Nye and Bill Fawcett and an interview conducted by Joy Ward. 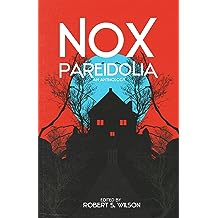 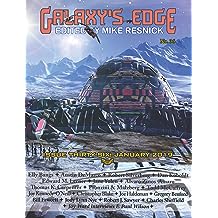 Galaxy’s Edge is a bi-monthly magazine published by Phoenix Pick, the science fiction and fantasy imprint of Arc Manor, an award winning independent press based in Maryland. Each issue of the magazine has a mix of new and old stories, a serialization of a novel, columns by Robert J. Sawyer and Gregory Benford, book recommendations by Bill Fawcett and Jody Lynn Nye and an interview conducted by Joy Ward. 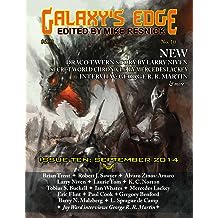 Galaxy’s Edge is a bi-monthly (every two months) magazine published by Phoenix Pick, the science fiction and fantasy imprint of Arc Manor, an award winning independent press based in Maryland. Each issue of the magazine has a mix of new and old (reprint) stories, a serialization of a novel, columns by Barry Malzberg and Gregory Benford, book reviews by Paul Cook and an interview conducted by Joy Ward. 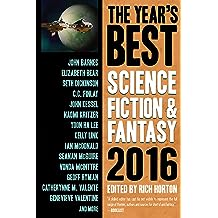 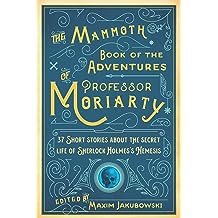 The Mammoth Book of the Adventures of Professor Moriarty: 37 Short Stories about the Secret Life of Sherlock Holmes?s Nemesis Aug 23, 2016
by Maxim Jakubowski
( 63 )
$12.99
The hidden life of Sherlock Holmes’s most famous adversary is reimagined and revealed by the finest crime writers today.

Some of literature’s greatest supervillains have also become its most intriguing antiheroesDracula, Hannibal Lecter, Lord Voldemort, and Norman Batesfigures that capture our imagination. Perhaps the greatest of these is Professor James Moriarty. Fiercely intelligent and a relentless schemer, Professor Moriarty is the perfect foil to the inimitable Sherlock Holmes, whose crime-solving acumen could only be as brilliant as Moriarty’s cunning.

While the Napoleon of crime” appeared in only two of Conan Doyle’s original stories, Moriarty’s enigma is finally revealed in this diverse anthology of thirty-seven new Moriarty stories, reimagined and retold by leading crime writers such as Martin Edwards, Jürgen Ehlers, Barbara Nadel, L. C. Tyler, Michael Gregorio, Alison Joseph and Peter Guttridge. In these intelligent, compelling storiessome frightening and others humorousMoriarty is brought back vividly to new life, not simply as an incarnation of pure evil but also as a fallible human being with personality, motivations, and subtle shades of humanity.

Filling the gaps of the Conan Doyle canon, The Mammoth Book of the Adventures of Professor Moriarty is a must-read for any fan of the Sherlock Holmes’s legacy.

Skyhorse Publishing, as well as our Arcade, Yucca, and Good Books imprints, are proud to publish a broad range of books for readers interested in fictionnovels, novellas, political and medical thrillers, comedy, satire, historical fiction, romance, erotic and love stories, mystery, classic literature, folklore and mythology, literary classics including Shakespeare, Dumas, Wilde, Cather, and much more. While not every title we publish becomes a New York Times bestseller or a national bestseller, we are committed to books on subjects that are sometimes overlooked and to authors whose work might not otherwise find a home.
Read more
Other Formats: Hardcover , Paperback 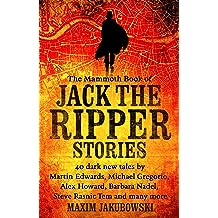 Maxim Jakubowski, together with Nathan Braund, edited the bestselling Mammoth Book of Jack the Ripper (1999), which has reprinted several times and was reissued in 2008 in a revised and expanded edition.

The book focused on the countless theories that have been put forward with regard to the identity of the notorious Victorian serial killer and offered an extensive 100-page section presenting all the known facts in the case. It included 30 essays written by the most famous, often controversial Ripperologists putting forward their own theories. It remains one of the few titles to offer a series of alternative solutions to Jack the Ripper's identity and the truth behind the Whitechapel murders. But how many new theories and identities can researchers come up with?

In this wonderful collection of brand-new stories, Jakubowski has compiled an extraordinary array of explorations into the identity of Jack the Ripper - this time unabashedly fictional, unrestrained by history and the known facts.

'Jack the Ripper' has appeared in a number of novels, as the lead character in some, beginning with Marie Belloc Lowndes's The Lodger (1913), filmed by Hitchcock. Authors as diverse as Michael Dibdin, Lindsay Faye, Philip Jose Farmer, Robert Bloch, Harlan Ellison, Alan Moore, Fredric Brown, Ramsey Campbell and Colin Wilson have all used poetic licence to 'revive' the notorious killer.

The varied stories in this fantastic new collection continue this tradition with many possible identities put forward, some already suggested by historians, others more speculative, including famous names from history and fiction. Even Sherlock Holmes is on the case! 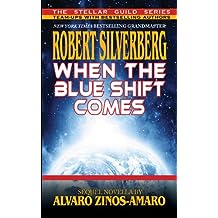 Life has spread across the stars, and everyone enjoys a long life. However, only those who are Earth-born are truly immortal.

But what happens when the immortals of Earth are suddenly faced with their ultimate destruction?

Hanosz Prime, a near-immortal (though not truly so, not being of true Earth stock) travels to humanity’s ancient home to discover the ultimate answer to humanity’s end.

A new Silverberg story in the tradition of the old classics, with an accompanying novella by up-and-coming writer Alvaro Zinos-Amaro.
Read more
Other Formats: Paperback