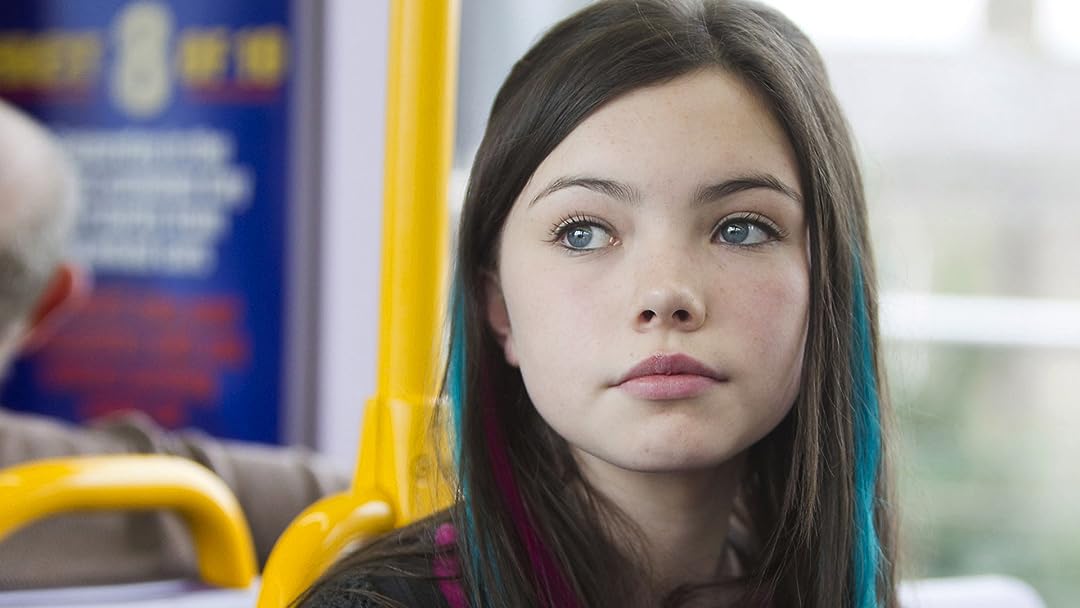 Season 1
(105)
2014TV-14
Amber is the story of what happens after a 14-year-old goes missing and her recently separated parents work to get her back. “A tightly scripted mystery” -Irish Times.

NobodyReviewed in the United States on September 15, 2017
3.0 out of 5 stars
kudos to the producers/writers for not making it end like a typical story
Verified purchase
While frustrating that it had no clear ending, I feel this is more real than a tie it in a bow with all the answers typical stuff you see. How about be left with the same feeling the parents experienced in this awful situation they had to deal with. So, kudos to the producers/writers for not making it end like a typical story! I thought the acting was good, and the way the story was told from different perspectives helped us understand it better. I admit, I had the same emotion -what the heck, no clear conclusion!!! But then realized, this is like a real life story. I recommend it. As far as the profanity goes, I see that a reviewer was bashing it for that: I say again, this is real life whether you like it or not, so get over it - I would have my 14 year old watch this to inform them of the dangers of wandering off alone. If you think 14 year olds don't hear more profanity on a daily basis than this mini-series has, you are living in a total bubble of denial.
11 people found this helpful

Maribeth KellyReviewed in the United States on June 28, 2016
1.0 out of 5 stars
Don't get sucked in!!
Verified purchase
FOUR HOURS OF MY LIFE I'LL NEVER GET BACK! If you like a good mystery with a conclusion, don't look for it here. Someone else said it best. They should have called Liam Neeson....he has a particular set of skills!
43 people found this helpful

StellaReviewed in the United States on February 8, 2017
4.0 out of 5 stars
Great lesson for tweens and teens
Verified purchase
The series portrays just what the family goes through when looking for a missing chiild. The fact that you are not told in the end just what happen and there are several therioes is very real. Not all missing people are found in a few weeks, months or years. In many cases they are never found. I think the series is great viewing and would encourage families to sit and watch with their children. They see just what could happen if they deciede to do the same or similar to what Amber did.
9 people found this helpful

The ending was as about as poorly developed as a I have ever seen.

CaffeinatedReviewed in the United States on July 14, 2016
5.0 out of 5 stars
not as expected, but a pleasant surprise
Verified purchase
At first, the Complete Series seems incomplete, but on second thought, the true mystery of the series is Amber's behavior, and THAT gets resolved. There were many questions (why did Amber go into town, why did she get off at the wrong stop on the way home?) Some of her actions and connections seem dubious and risky, but piece by piece, all questions get answered and her actions fell into place. The convoluted scenarios imagined by the parents, or presented as possibilities to the audience, fall away to reveal the most basic disappearance case: ( ***SPOILER ALERT *** ) a girl walking along a country lane not too far from her home never comes home. We can pretty much guess what happened to her at that point (and I thank the producers for sparing us the gory details!)

Some viewers will doubtlessly be disappointed that we don't get to find out the name and motives of the killer/kidnapper, but are these details important? Glimpses of actual events are revealed throughout the series and all REAL questions get answered, leaving us with the "bad stranger with a van" cliche - do we need to know more?

This was not entirely what I was expecting, but I thoroughly enjoyed the intelligent plot and tactful portrayal of characters and events.
9 people found this helpful

KrissimarieReviewed in the United States on July 10, 2016
5.0 out of 5 stars
Misunderstood Series (Analysis) *SOILER*
Verified purchase
If you have NOT watched this movie: my advice, pay close attention to details- then read this review.

**SPOILER**
Many people are not understanding that the point of this series was meant to be open-ended. The ending of Amber seems to irritate those who are used to media productions concluding with all the answers spelled out, wrapped up in a nice box; but, life doesn't always work out that way!

This series is not a murder mystery, or a traditional thriller- it's an emotional drama.This series focused on the family and friends of Amber, how they each dealt with her disappearance, and how it affected their lives; which is further promoted by the episode titles and repetitive scenes from different POV. What I really enjoyed was the 'butterfly effect,' we saw how Amber's disappearance impacted the lives of strangers and how these strangers impacted Amber's case (ex: Charlie and his family, the volunteer who's child tossed the phone, the pickpocket, Terrance, etc.).

Were you paying attention? Okay, here's my take:

Personally, while watching the series, I didn't expect her to return. Amber meets with Magna_Boy24, he shows her to the store which sells the black-lights, she buys the lamp and heads home. On her way, she rejects a call from 'Mum.' A man bumps into Amber (episode 3 @1:56 & @46:09) as she walks down the street, just after she rejects the call. He is an experienced pickpocket; he lifted her cell phone and sells it to Charlie, along with a handful of other phones, (episode 3 @ 3:00). The pickpocket is the man in prison with Terence. The pickpocket gives Terrance the cell while serving his meal. The images of Amber's room, mermaids, 'daughters of the air,' and other personal info was on her phone- the pickpocket 'bragged' to Terrance. Conclusion: The phone itself, Terrance, the man, and Charlie are all dead ends. Amber is on the train and realizes her cell is gone (episode 3 @ 47:24).

This is where you know for sure that the repetitive scenes are important to the story, and use these clues to form your own opinion as to what happened to Amber. I think she got off the train to turn around and search for her phone. People have their lives on their cell phones today-- when we lose our phone our instinct is to try our best to find it-- this was a mistake for Amber. Her parents can replace a cell- not a child (moral lesson for children). In conclusion, just like life, we don't always get the answers we seek. What happened to Amber? Something tragic... obviously.

If you have experience in media analysis, there are some water imagery clues (according to production) which indicate that Amber is dead. Possible clues could reference the consistent 'mermaid' messages, 'daughters of the air' meaning, as well as a focus on Amber's bedroom being a 'hidden' underwater theme and is self described as her 'grand design.' Further, Terrance, the character in prison, has a poster of a lake hanging on his cell wall and it's raining in the scene when his true crime is revealed (auto accident with teen girl). Also, there's a scene where the black-light lamp (bought by Amber in town) was found at the bottom of the lake. As the team searched the water, viewers were shown the 'missing' flyers with Amber's image. These flyers are shown underwater several times in the series and the image of Amber's face is covered with something unknown, which could reference blood splatter (Episode 3@14:48).

Enjoy the series! For those of you who've watched- what clues did you find?
19 people found this helpful

Frank J. HolcombReviewed in the United States on March 7, 2017
1.0 out of 5 stars
Four hours of suspense then blah.
Verified purchase
I spent (wasted) 4 hours on this "series" only to be completely nonplussed. There is no ending. It leads the viewer to expect some resolution and then ends with nothing. It just stops as if in the middle of a shot . Very angry about this, I wish I had read the reviews before I watched it.
9 people found this helpful
See all reviews
Back to top
Get to Know Us
Make Money with Us
Amazon Payment Products
Let Us Help You
EnglishChoose a language for shopping. United StatesChoose a country/region for shopping.
© 1996-2022, Amazon.com, Inc. or its affiliates