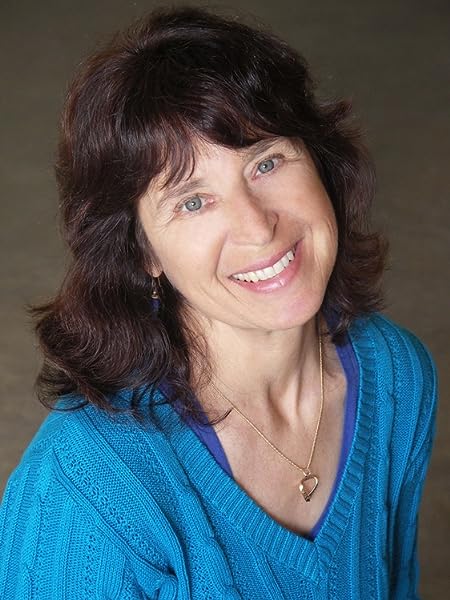 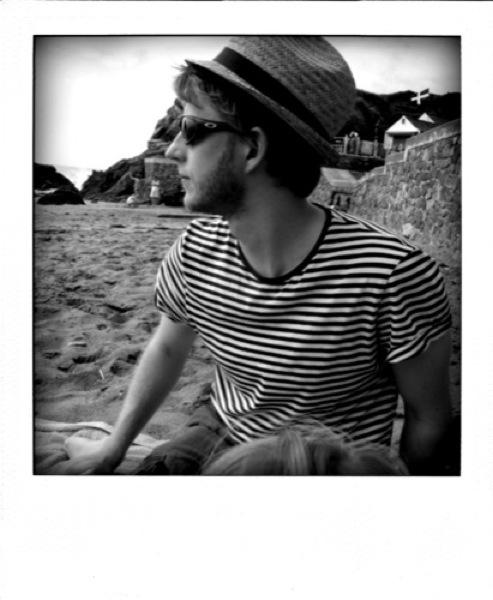 by Betsy R. Rosenthal (Author), Jago Silver (Illustrator)
4.6 out of 5 stars 53 ratings
Part of: Millbrook Picture Books (9 books)
See all formats and editions
Sorry, there was a problem loading this page. Try again.

Have you ever heard of a prickle of porcupines? Or a tower of giraffes? What about a parcel of penguins?

This fun-filled romp through the animal kingdom introduces collective nouns for animals through wordplay. Clever rhymes and humorous illustrations bring these collective nouns to life in funny ways, making it easy to remember which terms and animals go together. A glossary in the back matter offers further explanation of words used as collective nouns, such as sleuth meaning "detective."

"This crash course in juxtaposition and imagination should be celebrated with a peal of bells. An inspiring addition to any poetry collection."―starred, School Library Journal

"Cleverness abounds in Rosenthal's latest. . . .The tongue-in-cheek text never falters in its rhythm and rhyme. . . .The illustrations are a perfect match for the text's wit. . . .Collective nouns have never been this much fun."―starred, Kirkus Reviews
Read more
Previous page
Next page

"While several picture books have tackled collective nouns, Rosenthal and Jago's collaboration stands out for the sheer inventiveness they bring to the subject. Rosenthal frames her rhymes as rhetorical questions that often make surprising (and wonderful) interspecies connections: 'When a murder of crows/ leaves barely a trace,/ is a sleuth of bears/ hot on the case?' she writes as Jago pictures fedora-wearing bears snuffling around with magnifying glasses while crows flee, swirling past a luminous full moon. Witty delights abound as a shiver of sharks bundles up in winter knitwear and a bouquet of pheasants peers glumly out of a tall vase."―starred, Publishers Weekly

"Homonyms are used as mnemonic devices to help readers remember 'A Wild Gathering of Collective Nouns.' Cleverness abounds in Rosenthal's latest, from the title to the backmatter, which presents a glossary―'ambush (tigers): an attack from a hiding place'―asking children to guess why the words are appropriate for each animal group. The tongue-in-cheek text never falters in its rhythm and rhyme. 'Does a prickle of porcupines / feel any pain? / Can a flush of mallards / get sucked down the drain?' The illustrations are a perfect match for the text's wit. Three heavily bandaged porcupines lie in hospital beds, a sink between two of them. The convoluted pipes under the sink twist and turn across the gutter to discharge both water and mallards in an underground tunnel. A sleuth of bears, complete with magnifying glasses and fedoras, investigate a murder of crows. Three kangaroos belong to a troop, collecting dues and selling cookies while wearing sashes sewn with patches. Other highlights from the 33 featured animals include a shiver of sharks sporting scarves, a bouquet of pheasants arranged in a vase, a dancing rhumba of rattlesnakes and a lounge of lizards in the sun by the pool. Jago's illustrations walk the line between cartoon and realistic, his animals only anthropomorphized if the text suggests it. All are painted on canvas, which supplies a pleasing texture. Collective nouns have never been this much fun...or memorable."―starred, Kirkus Reviews

"Collective noun books have been multiplying this past decade, and this compendium of poetry stands out for its artistry and creativity. Each collective noun couplet whimsically describes a group of animals: 'Would a labor of moles/wear polka-dot ties/when it goes to work/for a business of flies?' The laugh-out-loud illustrations depict the events described, often serving as strong mnemonic devices: a 'rumba of snakes' dances; a 'bouquet of pheasants' sprout from a vase; the ambush of tigers creep across the grass, tails curled high in the air, sights set on the horizon; and a 'bed of oysters' literally rest on a bed, snoozing away. The writing is pithy, with an iambic thrum that make memorization easy. VERDICT: This crash course in juxtaposition and imagination should be celebrated with a peal of bells. An inspiring addition to any poetry collection."―starred, School Library Journal

"'Do you ever wonder what animals do/ when they gather in groups of more than two?' queries the author in this clever contemplation of animal-centric collective nouns. Some of the text's rhyming questions are relatively straightforward ('Does a pack of wolves/ load up bags for vacation?// Does a cast of hawks/ get a standing ovation?'), while others are more complex: 'Would a labor of moles/ wear polka-dot ties// when it goes to work/ for a business of flies?' While this is basically a list of collective nouns, the rhythmic text is inventively and captivatingly composed, and the rhyme scheme is consistent and effective. Jago's digital illustrations are equally intriguing in their imaginative visualization of the text. The stylized figures and rich backgrounds in faux-linen texturing have subtle layers of patterning or color embellishing the art. Some amusingly depict the literal meaning of the collective noun, such as the 'stench' of skunks surrounded by a marbleized, translucent green fog as the 'band' (as in 'rock band') of gorillas holds its noses in dismay, or the sash-clad 'troop' of kangaroos selling Girl Scout-style boxes of cookies. A glossary listing each collective noun's more customary definition (e.g., 'labor (moles): to work hard') is also included. Language arts teachers as well as librarians will want to get their paws on this title."―The Bulletin of the Center for Children's Books

"Collective nouns for animals range from the humdrum and vaguely familiar ('a pack of wolves' and 'a string of ponies') to the colorful, off-the-wall, and hard-to-believe-someone's-not-just-making-these-things-up ('a bouquet of pheasants,' 'a mischief of rats,' and 'an intrusion of roaches'). In this inventive picture book, 33 animal-themed collective nouns become springboards for the writer's imagination and the illustrator's creativity. Each double-page spread carries one or two rhyming verses posing questions related to certain collective nouns, such as, 'When a murder of crows / leaves barely a trace, / is a sleuth of bears / hot on the case?' Rosenthal's logical pairings and absurd hypothetical situations are well matched by the dynamic digital illustrations. Jago uses structure, color, and repeated forms well, creating pictures that reward close attention with amusing details. An appended glossary brings all the collective nouns together, defines them, and asks kids to guess why each is well suited to the corresponding animal. A lively picture book with plenty of classroom potential."―Booklist

Before Betsy R. Rosenthal was a writer, she was a civil rights lawyer. She lives with her husband and three children in Pacific Palisades, California. To learn more about Betsy, visit her at www.BetsyRosenthal.com.

Jago has illustrated more than forty books in the United States, the UK, Europe, South Korea, and South Africa. He lives in Cornwall, UK, with his wife and two children. Find him online at www.jagoillustration.com.
Start reading An Ambush of Tigers on your Kindle in under a minute.

Mamashopper
5.0 out of 5 stars Wow!
Reviewed in the United States on February 2, 2020
Verified Purchase
Had no idea this was actually about collective nouns! I learned so much and so did my students! I’ll never forget the new vocabulary because of the illustrations!
Read more
Helpful
Report abuse

LM01
5.0 out of 5 stars Must buy, very original
Reviewed in the United States on August 1, 2018
Verified Purchase
Wow! A very unexpected book, but really really wonderful. The illustrations are so beautiful and fun and the little rhymes are really cute. Can’t wait to read this to my little one.
Read more
One person found this helpful
Helpful
Report abuse

Solis
5.0 out of 5 stars Mfcr
Reviewed in the United States on January 19, 2017
Verified Purchase
This book is fun and imaginative. The play on words is fun making it a book that parents won't mind reading over and over. A special five stars for the illustrations. They really elevate the story and made me laugh. My favorite was the lounge of lizards.
Read more
One person found this helpful
Helpful
Report abuse

Margaret T. Waring
5.0 out of 5 stars Imagination spilling over right here.
Reviewed in the United States on June 23, 2015
Verified Purchase
Great place to watch the author playing with words and the illustrations are such a treat. The diversity and contrasts make this a fine addition to the list I am preparing for elementary level teachers to share at "read-aloud". Imagination is dripping everywhere.
Read more
3 people found this helpful
Helpful
Report abuse

Hewlett
5.0 out of 5 stars Wildly cute and informative
Reviewed in the United States on January 21, 2019
Verified Purchase
It creatively introduces the group names of animals with great illustrations
Read more
Helpful
Report abuse

Brent
2.0 out of 5 stars Too expensive
Reviewed in the United States on March 26, 2021
Verified Purchase
Too expensive for a book. Bought it because it was recommended for homeschooling. Paid shipping to receive and have to pay shipping to return too.
Read more
Helpful
Report abuse

Shannon M Paresa
5.0 out of 5 stars Five Stars
Reviewed in the United States on March 31, 2015
Verified Purchase
This book is so clever and so fun. The illustrations are fantastic. We love it!
Read more
2 people found this helpful
Helpful
Report abuse
See all reviews