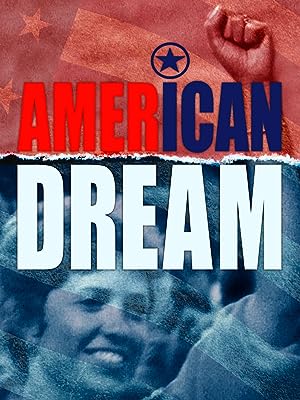 (37)7.81 h 38 min199013+
A documentary film, which captures working men and women making tough choices about survival during a time of economic crisis in the American Midwest.

T. T. TaylorReviewed in the United States on September 17, 2008
5.0 out of 5 stars
American Nightmare for struggling workers
Verified purchase
Since FDR implemented the New Deal, it has been eroded year after year by the power of increasingly ruthless corporate profiteering and competition. Labor Unions have been under attack, largely by Republican administrations and policies, and the attitude of big business is less and less caring and humanitarian. In the face of job loss or massive wage cuts, one union fought back. But between such unequal bargaining partners, the union workers' only power was in their willingness to stand together and persevere.

This film follows one incident where a union group fought back against unfair treatment - and ultimately lost the battle. But the struggle goes on to have a life where hard work is fairly rewarded and families can keep up with the rising cost of living - let alone get ahead and prosper.

Barbara Kopple has somehow managed to capture an intimate portrait of the people involved in this incident. Her film takes us into the meetings, the conversations, and the interviews of the characters involved. We get an understanding of the dynamics and strategies, the positions and attitudes of both sides and the personal conflicts and pressures that face
workers who seek to take a stand against employer give backs and job cuts.
It is not a pretty picture or one with a rosy ending. Hopes and dreams get crushed; desperation, despair, and disunity challenge the union workers despite their efforts to stand together.

Without commentary, the film simply observes and records the history. The facts speak for themselves, and Ms. Kopple has done a fine job of covering the stories behind the headlines. It is a very good documentary of a sad situation.

Andrew WilliamsReviewed in the United States on September 21, 2016
5.0 out of 5 stars
Careful - Could happen again!
Verified purchase
I believe this is one of the finest documentary films about how a community was torn apart by miscalculations for the Local Union and a company that used it's power to smash the workers. In hine site the local union mislead the rank that was making GOOD money to give it up because the local union thought it could break a company that has millions to fight. In the end it was a shame that so many lost EVERYTHING including family.
2 people found this helpful
Report abuse

Sal MagnumReviewed in the United States on December 9, 2007
5.0 out of 5 stars
Snuffing the Dream
Verified purchase
<WARNING> This review intended for those who have already seen this film, or have no intentions of watching such "filth". Enjoy.

There is another short film included in the extras for this dvd. I will only say this; that it is without question the most moving and heart-breaking film I have ever seen. It is fully worth the price of the dvd on its' own.
A reviewer with my crude, and often crass sensibilities, would do well to comment no more upon it, lest I tarnish its' beauty and purity.
5 people found this helpful
Report abuse

Heidi GoodnatureReviewed in the United States on November 2, 2018
2.0 out of 5 stars
Can't clear Region Code
Verified purchase
I am from Austin and was actually the Sheriff's kid during all of this absolute nightmare of a strike. I have watched this Documentary before and it is AMAZING - that being said if you are in the U.S this is a Region 2 DVD is it is basically impossible to watch this movie on any type of media because of the region code. I am very disappointed I won't be able to watch it and show others.
2 people found this helpful
Report abuse

MyReviewsReviewed in the United States on December 11, 2016
4.0 out of 5 stars
Good overall
Verified purchase
Not as adventurous as Ms. Kopple's first documentary, Harlan County USA, but still good.
Report abuse

DONNAReviewed in the United States on May 1, 2016
5.0 out of 5 stars
Five Stars
Verified purchase
Good
Report abuse

Daniel CastellanosReviewed in the United States on April 26, 2021
1.0 out of 5 stars
Didnt work
Verified purchase
VHS didnt work :(
Report abuse
See all reviews
Back to top
Get to Know Us
Make Money with Us
Amazon Payment Products
Let Us Help You
EnglishChoose a language for shopping. United StatesChoose a country/region for shopping.
© 1996-2021, Amazon.com, Inc. or its affiliates