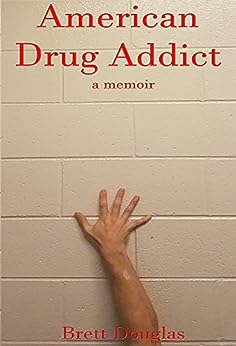 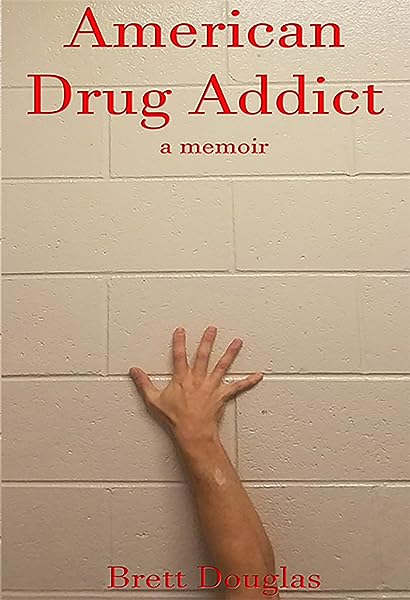 Enjoy a great reading experience when you borrow the Kindle edition of this book with your Kindle Unlimited membership. Learn more about Great on Kindle, available in select categories.
My name is Brett. I’m a college educated man who was once a husband of 26 years with two children, three businesses, and a large home with an actual white picket fence. I’m also a drug addict. And I have a tale to tell.

But more importantly, it’s about the despair of addiction and the absolute certainty that it can be overcome. Recovery is not simply abstinence, but a process of growing up. I spent my entire life
searching for the key to long-term sobriety.

"One of the best Drug Addiction books of all time" - BookAuthority

Brett Douglas is a recovering addict who tries to carry the message of hope. He holds a BSBA in accounting and a BS in computer science, with a minor in mathematics.

Ryan Turner is a New York-based actor, composer, and producer. He earned his MFA in acting from NYU Tisch, and is a founding member of A-Frame, where he devises and scores the Brooklyn collective's immersive performances. Ryan has also recorded and produced over thirty albums, ranging in styles from metal to jazz to polka. --This text refers to an out of print or unavailable edition of this title.

I hold a BSBA in Accounting and a BS in Computer Science with a minor in Mathematics. I am a computer and network technician who hates all things Apple, although I will work on them if the price is right.

And now, the important stuff...

I'm a recovering addict who tries to carry the message of hope. Recovery is not abstinence. Rather, it's a process of growing up. And if I can find happiness without drugs, anybody can.

Jocie
5.0 out of 5 stars Loved this
Reviewed in the United States on September 4, 2017
Verified Purchase
This book is one of the best of its kind. I read a review where someone was confused as to how the author could have a sense of humor when talking about the wreckage of his past. Not only did I love his sense of humor, but I totally get his attitude about it. The horror of his active addiction is part of the journey that has him where he is today. There is a reason he is here today, and I am grateful to hear his story. I can relate to all of his feelings all too well, and it gives me so much gratitude to have the gift of Sobriety.
Read more
36 people found this helpful
Helpful
Report abuse

christina
5.0 out of 5 stars Captivating
Reviewed in the United States on May 2, 2018
Verified Purchase
I found this book while searching for material trying to understand addicts. I work at our County 911 center where we get inundated with calls for overdoses daily. This helped me travel with and understand the addict mind a little better. My favorite line was "...addiction is progressive.... recovery is progressive" so very true. I recognize addresses of those who have lost their battle, but I also recognize names of those who are in recovery. For that reason, I choose to read this type of book. It kept my attention, it was funny at times, so very sad at times, and truly a good read. Highly recommended.
Read more
22 people found this helpful
Helpful
Report abuse

Trevor David Hooper
5.0 out of 5 stars Reading a book from one addict to another ;)
Reviewed in the United States on October 23, 2020
Verified Purchase
Personally, i love this book. I have read some reviews that werent so favorable. I totally disagree. If you have personally went thru full blown addiction you prolly wont understand this book and wherenrhe author is coming from. Trust me when i say "truth is stranger than fiction" i just started the book and i am already blown away. When you in full addiction and the chaos that will always come with it.. You wont understand. I am currently 3 years clean myself, knowing that someone besides myself lived thru this insanity. I never knew how to process what was happening to my mind.. My life.. And my sanity. I was always told that i should write a book. But... I was extremely deep in the criminal life... Telling my story will NEVER be am option. Things that i will never tell a soul. Buying this book i was torn... #1 would reading it trigger me #2 would this book help me understand that i was not the only one living in purgatory... So please other readers... Instead of leaving negative comments.... If you haven't lived " that life" you won't get it. ..
Read more
17 people found this helpful
Helpful
Report abuse

Dawn oneill
5.0 out of 5 stars Stunning
Reviewed in the United States on May 20, 2022
Verified Purchase
I have been a alcoholic drug user! I recovered! This book was raw,to say the least. I admire Betts honesty throughout the book! It definitely couldn't have been easy to hold this mirror up to himself, let alone write about it. I'm happy he has found peace and he is still on this earth. I admire and respect you Brett! I believe that someone else can be saved reading your book. Save a life makes your experiences worth it! Much love to you!
Read more
One person found this helpful
Helpful
Report abuse

Amazon Customer
5.0 out of 5 stars Recommended for everyone
Reviewed in the United States on October 10, 2017
Verified Purchase
This book was written so well. I love Brett's sense of humor as he looks back at the tragedy that had become his life all the while waiting for his happily ever after. As the Grateful Dead once said "once in awhile you get shone the light in the strangest of places if you look at it right! " I pray that he has stayed the course and will reach many other lost souls looking for there happily ever after!
Read more
10 people found this helpful
Helpful
Report abuse

Kristine Jaken
5.0 out of 5 stars Astounding!!
Reviewed in the United States on January 2, 2022
Verified Purchase
Anyone who has experienced their own journey of addiction and sobriety should read this book. I have 6 years clean from crack and relived every moment of my addiction through Brett's words. I listened and listen to the same songs that are referenced in this book. I had the same feelings about AA in the beginning. Brett is a blessed man and I hope that on e I am licensed as an addiction counselor this spring, my story will give hope to recovery for others as Brett's story will for years to come.
Read more
One person found this helpful
Helpful
Report abuse

Freudianslipper85
5.0 out of 5 stars One of the best!!
Reviewed in the United States on June 12, 2022
Verified Purchase
This is definitely one of the very best books on addiction and the hope of recovery. His honesty and insightfulness are extraordinary. There is no Bible-thumping, just brutal honesty from someone who reached into the depths of Hell and lived not only to tell about it, but who is now able to provide incredible insight to others through his recovery. A must read for any addict!
Read more
Helpful
Report abuse
See all reviews

Mr. S. Pugsley
1.0 out of 5 stars Confused
Reviewed in the United Kingdom on April 26, 2019
Verified Purchase
I don't know if I've ever gotten so little into a book before I've realised what drivel, nonsense and a waste of time it was. Chapter 1 told me about the author's grandparents, which I wasn't interested in. Chapter 2 told me about someone called "Bea", which I also wasn't interested in, so that got skipped as well. As did the next 3 or 4 chapters until the contents page told me I had found a chapter on "speed". At last. No, talking about the evolution of computers. I paid £2.35 for this book, I'm thinking of asking for my money back.
Read more
One person found this helpful
Report abuse

Miss J. L. Vousden
5.0 out of 5 stars Awesome
Reviewed in the United Kingdom on June 8, 2018
Verified Purchase
Read this book in two days. I was hooked and I cannot believe this guy is still alive to tell his story. Amazing read and a massive insight into a life of a drug addict, also very well written in a sense this book had me gripped with the stories that were told and the way in which they were explained.
Read more
One person found this helpful
Report abuse

Amazon Customer
5.0 out of 5 stars Brett Douglas has a way of writing like he is speaking only to you. Amazing writer.
Reviewed in the United Kingdom on July 3, 2018
Verified Purchase
From a fellow addict, I found hope in this tale where it looked like he would be one of the unlucky ones.
Loved his style of writing.
Read more
Report abuse

HARRYAVIDA
4.0 out of 5 stars Compelling and persuasive
Reviewed in the United Kingdom on August 9, 2018
Verified Purchase
Something about this guy’s humour and candour make this a cut above most recovery memoirs.

Tiff De Jong
5.0 out of 5 stars Great book for anyone who knows the struggle
Reviewed in Canada on February 19, 2022
Verified Purchase
This book is really well written. Although it's format is a bit different than your usual memoir, it works well. For anyone who has been gripped with addiction, this book will hit home. At many points I was laughing out loud and by the end I was crying as to how relatable the whole book is. Thanks for putting this out into the world Brett. Know matter how many times one fails, there is always hope at the end of the tunnel...
Read more
Report abuse
See all reviews