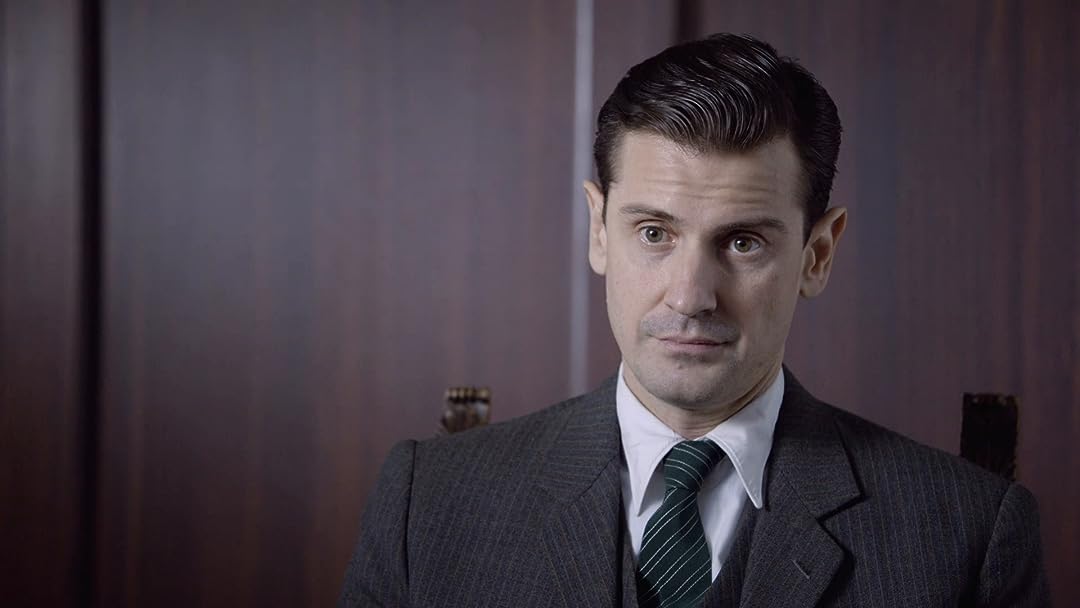 (529)
1 h 52 min20147+
In the early 20th century, American medicines cabinets included a would-be poisoner’s treasure chest, but the knowledge to detect and prevent crimes committed with these materials lagged behind. In 1918, New York City's first scientifically trained medical examiner, and his chief toxicologist, turned forensic chemistry into a formidable science and set the standards for the rest of the country.

Glama PussReviewed in the United States on September 9, 2021
4.0 out of 5 stars
Fascinating and very...
Verified purchase
helpful. I have a neighbor who tried to poison my cat, I called the police & one of them was so upset he came back to me and almost yelled 'He will never come to yr door again'. There is still so much denatured alcohol in cosmetics, it's in foundations and perhaps some of the many serum we use on our skin, the largest organ in our body. I never drink the tap water in my city bc it contains, fluoride, lead, chlorine, etc. You can easily look up your own area or city's water content, just research it on yr internet. What heroes both of these men were, there should be plaques to them in New York City. Great film and treatment of fascinating subject. Highly recommend!
6 people found this helpful

MoanakaiReviewed in the United States on October 13, 2021
5.0 out of 5 stars
National extermination experiment by the government
Verified purchase
Yes that happened and if you watch this most interesting video you will see how it occurred in what it involved. Some of the most interesting factual information revolved around prohibition and ETOH when people were so desperate they turned wood into alcohol ultimately resulting in their death. The radium that was used in makeup killed many. Shocking to me, ether which was used in anesthesia not that long ago was mentioned. Thankfully Charles Norris and, Alexander Gettler who analyzed more than 100,000 bodies in his lifetime, helped to establish Forensic Science which was the missing link in determining the real cause of death and you know how important it has become today.
3 people found this helpful

TeethnclawsReviewed in the United States on December 17, 2018
5.0 out of 5 stars
Fascinating Look at Early Forensics
Verified purchase
Introduces the burgeoning science of forensics in the early 1900s, the era of prohibition, and beyond. At one time, if you can believe it, coroners were paid by the body so they cared very little about the process of determining the cause of death and more about how quickly they would process the remains. Charles Norris, NY's first appointed chief medical officer was different, and set about improving his department, hiring on several distinguished scientists and chemists. Alexander Gettler, a Polish immigrant who came to the states at the age of 7, is described as the "father of forensic toxicology, was one.

Mitch10Reviewed in the United States on September 1, 2021
5.0 out of 5 stars
Good Historical Documentary
Verified purchase
It is gratifying to see pioneers in the field get credit for their work on keeping people safe. There are some fascinating tales in this movie; some gruesome and some just sad. These stories are tied together to help illustrate the progressive nature of the battle the two doctors fought to help the citizens of New York and the USA as a whole lead safer lives.
5 people found this helpful

terrieReviewed in the United States on September 18, 2021
5.0 out of 5 stars
EXCELLENT
Verified purchase
Very ,very interesting.This story tells us the beginning Such a great story of something we now take for granted.Such dedication that contributed so much to even generations after them. So many lives have been saved by these two men.
4 people found this helpful

SarahReviewed in the United States on March 27, 2014
5.0 out of 5 stars
Great for a Chemistry class.
Verified purchase
I teach high school Chemistry and showed this at the end of the quarter where we'd heavily studied the periodic table. I showed it because I needed a day to grade, but I'm planning to incorporate it directly into my curriculum on purpose next year. They give just enough science to make it really awesome, and I am going to use it to talk about flame tests for heavy metals, periodicity (particularly Radium - it goes to the bones, just like calcium), and a few other topics as well.

When I turned this on in my 1st period, the kids were talking just like they do with any film. But slowly as the period wore on, the class got quiet as the film sucked the kids in. They were really upset that we didn't have time to finish it, and they've begged for the opportunity. That's saying something!

luke s.Reviewed in the United States on September 11, 2021
5.0 out of 5 stars
Excellent historical, informative show
Verified purchase
I don't often write reviews. But this one certainly deserves notation. Please provide more programs like this Amazon and less of the cheapo foreign crap. I don't care for silly vampire/zombie soaps produced in Norway or Australia. Or south of the border produced drug cartel soaps. Or oh is that Netflix I'm thinking of?
2 people found this helpful

AnaeeeReviewed in the United States on October 26, 2021
5.0 out of 5 stars
A five star documentary !
Verified purchase
I almost didn't watch this because of the title - it has nothing to do with the movie. I'm glad I watched.

This documentary is about the New York of a century ago and the dawn of modern medical / criminal forensics in New York. So if you like history, or crime, or science, THIS is for you. It ties together many events of the early 1900's you've heard of - along with some you haven't. The Poisoner's Handbook is a rare thing. It doesn't try to brainwash you into supporting some political or philosophical cause. All it does is educate you about events that actually happened - and it does it in a very engaging way. Five stars.