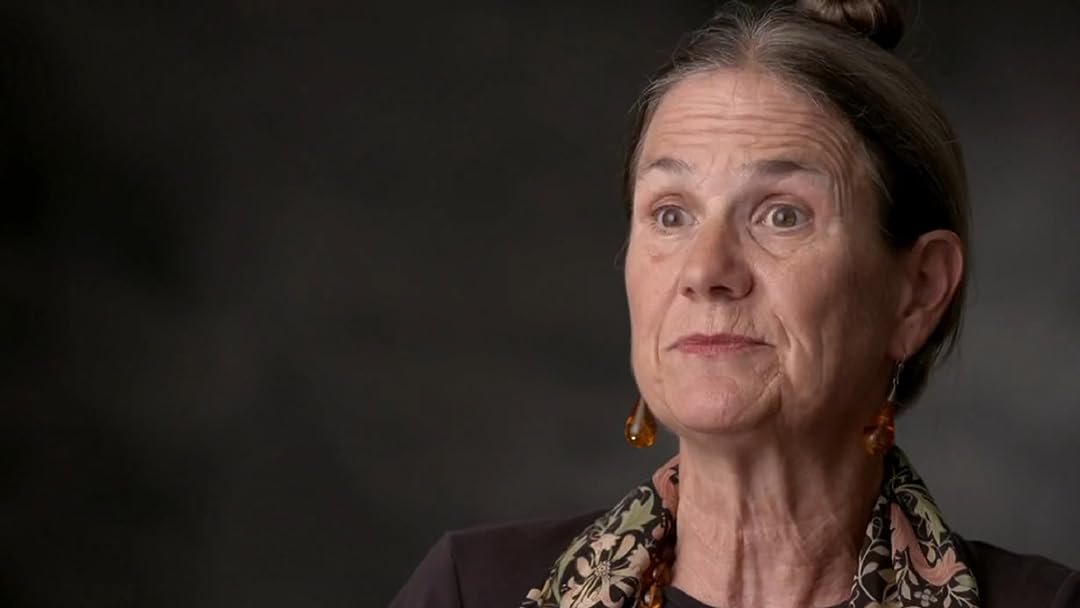 (45)
54min2016ALL
Meet Nikola Tesla, the genius engineer and tireless inventor whose technology revolutionized the electrical age of the 20th century. Although eclipsed in fame by Edison and Marconi, it was Tesla's vision that paved the way for today's wireless world.

bleakReviewed in the United States on January 6, 2018
1.0 out of 5 stars
disinfo experience
Verified purchase
This movie has one purpose, IMO: to minimize and discredit Tesla's genius and inventions through seemingly credible scientist and writer shills.

Although they mention the Wardenclyffe Tower and NT's plan to create a system of wireless energy, they fail to mention the real reason that funding was cut by JP Morgan; it was a threat to his and John D Rockefellers' oil/energy business fortune. Rockefeller was also a Tesla financier and associate of JP Morgan but the film mentions him not one single time. Rockefeller's Trilateral Commission is a new world order/world government think tank which makes decisions for the world based on how to control, subvert and extinguish creativity, sovereignty, peace and Freedom.

The so-called "scientists" in this movie go on about how eccentric Tesla was and how his life was full of "fantasy." Well, duh, of course it was. He was a visionary. And they go on about how the wireless system of FREE energy wouldn't have worked because of the distance barrier. If your wifi signal isn't strong enough, shop for an ACCESS POINT and you can spread it further. That's all it would've taken. But this wasn't working for the banksters and their greed. Maybe someday it will when all y'all scammers are dead.

And of course HAARP wasn't mentioned. The US government stole all of Telsa's inventions, including those for weather control, and put them to nefarious use.

UpInTheAirReviewed in the United States on May 26, 2020
3.0 out of 5 stars
Annoying faults and falls short of portraying his genius
Verified purchase
How can you narrate a documentary of Tesla without learning how to properly pronounce his first name? Serbian language always puts emphasis on the first syllable. It is NOT pronounced niKOLa. His father was not a Greek Orthodox priest, he was a Serbian Orthodox priest, an autonomous church separate from the Greek church. And Tesla's fixation on everything divisible by three can be directly connected to the importance of three in Serbian culture as it relates to the Holy Trinity.

But at least this film may encourage some to learn more about him.
15 people found this helpful

PJ ArtsReviewed in the United States on March 23, 2017
3.0 out of 5 stars
Takes an amazing man & life...and, reduces it to tropes
Verified purchase
Nikola Tesla is either forgotten today...or, is reduced to a 'nutty professor' trope....but, he was so much more:

The simple reality is that Mr. Tesla was a genius of the 1st-order...whose inventions still shape our lives.
He was also a dreamer, whose reach sometimes tragically exceeded his grasp; and, he was fatally naive in matters of business and finance related to his patents. As a result, he went from being considered a greater genius than Edison, to having Marconi given credit for inventions he had already patented, to becoming a neurosis-ridden eccentric in New York City by the end of his life. Even after death, his notes and inventions were the basis for great political intrigues...and, inspired many future inventors.

Sadly, most of this gets short shrift in this documentary...which focuses more on the rise and fall aspect...rather than what made him 'TESLA'. A great opportunity handled like a movie-of-the-week.
28 people found this helpful

John P. Jones IIIReviewed in the United States on February 4, 2021
4.0 out of 5 stars
Now, all the rage, 120 years after he once was…
Verified purchase
Tesla is the name of the car of the future, powering Elon Musk into the ranks of the very richest (at least in terms of money).

I was vaguely aware of Nikola Tesla and his rivalry with Thomas Edison. But I was sorely lacking a lot of details. Thanks to this thoughtful and well-produced “American Experience” documentary, released in 2016, directed by David Grubin and narrated by Michael Murphy, I now have filled in many of the missing details.

Tesla was a genius, an inventor, a poet of sorts, troubled by visions and eccentricities. One version of “the Mad Scientist.” He was born in 1856 into the often troubled Balkans, a Serb, in modern day Croatia, with a father who was a Greek Orthodox priest (please recall that those priests can marry). His mother was the inventor and inspiration. At the age of 3, depending on how history might be re-written, he became obsessed with electricity. His fame and ultimately his greatest accomplishment was making alternating electrical current possible. His professor at Graz Politech said building an AC motor was impossible. Tesla dropped out. Had a nervous breakdown. Purportedly the solution came to him while walking in a Budapest park. As shown in the movie, it is all about giving the moving carrousel a push at just the right time.

Lured by “the American dream,” that sometimes becomes a reality, he arrived in NYC, a penniless immigrant in 1884. He found no streets paved with gold, but he did find Thomas Edison, and with the help of a letter of introduction, was hired. Edison had already set up an initial electrical system, in part of lower Manhattan, all DC (direct current). The problem with DC is the distance the electrons have to travel in the wire, with friction causing significant power loss. Edison called Tesla a “poet of science,” which was not considered flattering, coming from the hard-nosed, practical, “does it work,” Edison. Tesla left after six months and literally had to dig ditches. After two years in America he was still penniless.

Ah, sweet connections, and not of the electrical variety. Tesla hooked up with George Westinghouse, recently rich from his invention of the air brake for railroads. He provided the funds for Tesla to finish his AC motors. The documentary commences with his demonstration of his inventions at Columbia, in 1891, including “cool light,” the no filaments of florescent light bulbs. In 1893, the Westinghouse/Tesla duo built 12 75-ton dynamos that generated AC power for the Chicago exposition, lighting the city. Westinghouse/Tesla beat Edison decisively, and after building a power station at Niagara Falls, forever, in terms of which power system would be used, AC or DC, in America, and the World. In 16 short years, the penniless ditch digger was the toast of NYC society, at all the finest events, living in the best hotels, eating in the best restaurants.

But there were the Martians! And his lack of business sense. He let Westinghouse renegotiate a contract that would have made him rich forever, a royalty of $2.50 for every horsepower produced. Renegotiated not to one penny, but to zero. He was a notorious germophobe before the days of COVID. He loved the number “3” and many things he used, including hotel rooms, had to be divisible by that number. In 1899, he set out West, to Colorado Springs, burned through a hundred grand, building very high voltage devices for power transmission, and dreamed of transmission through the center of the earth. And he heard from the Martians. A bit too much for most investors. JP Morgan bankrolled him one more time, thinking he was bankrolling possible wireless transmission. Tesla however worked on electric power transmission, without the wires. And Marconi, whom Tesla dismissed, beat him at his own game, using his patents.

Tesla died in 1943, even more eccentric, also poor, and in that same year, for what it is worth, the Supreme Court ruled that Tesla, not Marconi, had invented radio. Other visionary Tesla ideas are coming true today, from Wi-Fi to touchless bank cards. No doubt Musk saw a kindred spirit, from a century earlier. Speaking of which, there are documentaries on Elon Musk that I intend to watch. For filling in some of the lacuna on one of the more influential figures in American history, 4-stars.
5 people found this helpful

MollypopReviewed in the United States on March 25, 2021
2.0 out of 5 stars
Played him down.
Verified purchase
They really took a big dump on Tesla. Classic mainstream information.. he’s a crazy scientist/dumb business man. Really, he was a visionary, and didn’t seem to care about money like the others. People are so quick to look down upon people who think outside the box, however when they first were first talking about the earth being round, the mainstream talking heads disapproved & called it heresy. I think Tesla was so much more than anyone in this BS documentary described.. by a long shot.
7 people found this helpful

William PoorReviewed in the United States on November 25, 2021
5.0 out of 5 stars
Best realistic description of Tesla's life.
Verified purchase
I like that this description of Tesla's life explained his failure to realize his dreams. He was a genius, but he did not understand how to deal with the real world business aspects needed to finance his dreams. If he had partnered with a like minded busness savy business partner, he quite possibly could have made greater strides in advancing his dreams. Who knows if some of his seemingly outrageous ideas will come to pass.

Saints Fan and Father of 4Reviewed in the United States on January 2, 2022
5.0 out of 5 stars
Had me glued to the set
Verified purchase
Fast moving documentary. It's an overview of Tesla's life, inventions, and journey through his business development with just enough detail to know the man but not so much you become bored. After watching this, I am interested in finding a longer more detailed documentary.

Karlie LaumerReviewed in the United States on November 14, 2021
3.0 out of 5 stars
Good, but not good enough. Not for Tesla.
Verified purchase
While this show is better in many respects than the Edison one, this show still underappreciates the genius of Tesla. He was so far beyond the mad scientist that this film portrays him as, it just goes to show that even today, the genius that was Tesla is still hugely misunderstood.
One person found this helpful
See all reviews
Back to top
Get to Know Us
Make Money with Us
Amazon Payment Products
Let Us Help You
EnglishChoose a language for shopping. United StatesChoose a country/region for shopping.
© 1996-2022, Amazon.com, Inc. or its affiliates