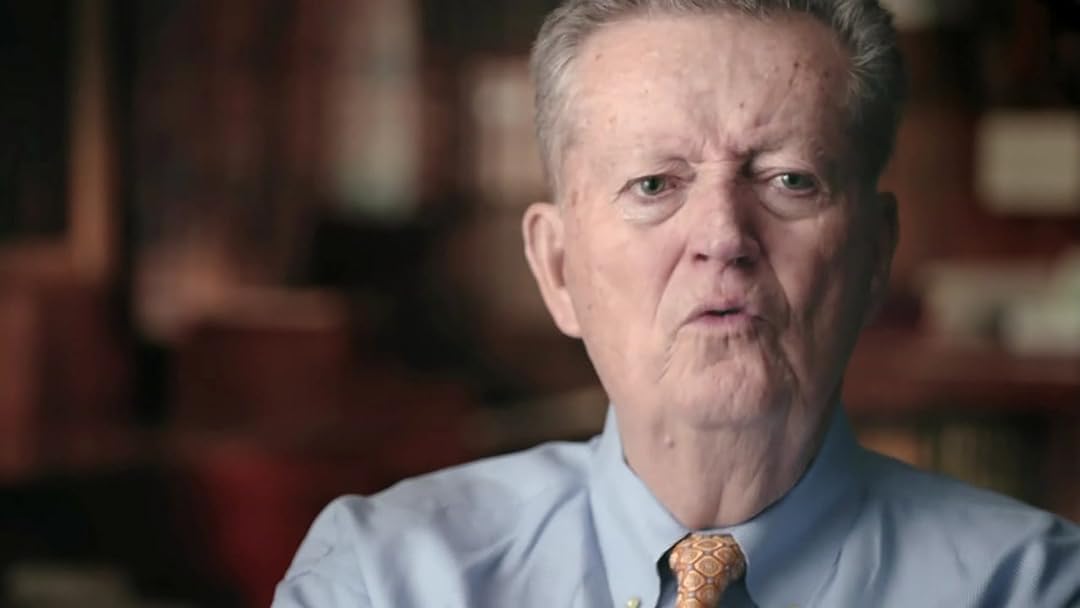 (46)
54min19887+
In the late 19th century, as America's teeming cities grew increasingly congested, the time had come to replace the nostalgic horse-drawn trolleys with a faster, cleaner, safer, and more efficient form of transportation. Based in part on Doug Most's acclaimed non-fiction book of the same name, The Race Underground tells the dramatic story of an invention that changed the lives of millions.

Jonathan BaronReviewed in the United States on August 22, 2019
5.0 out of 5 stars
The Reformer and the Inventor
Verified purchase
When we think of political reformers who took on the often corrupt and immense powers at play during The Gilded Age we rightly think first of Theodore Roosevelt. Yet this was a movement, albeit a slow-growing one, across both major political parties. At stake was the very purpose of government. Was it to serve business or the people? Or would serving business serve the people better than any government could? This remains very much an open question today.

Enter Boston mayor, Nathan Matthews, the reformer, and Frank Sprague, the inventor - each representing the best of both points of view. The first American subway could not have happened without both men, as this was the point where private enterprise alone could not solve a major civic problem.

Sadly, both men are largely forgotten now. Nonetheless, this was a turning point and, as this documentary so wonderfully illuminates, it involved wide-ranging cultural issues beyond politics and business. How unexpected it is that the creation of a city subway could make for such a splendid, emotionally involving and important story.

AlexReviewed in the United States on October 9, 2021
5.0 out of 5 stars
Great Documentary
Verified purchase
This program documents the development of the electric motor by Frank Sprague and how it revolutionized transportation in America. Previously dominated by inefficient horse drawn carriages and smelly, dirty, and polluting steam locomotives, the electric streetcars of Richmond, Virginia and Boston enabled more efficient and faster transportation. The innovation of putting them underground was perhaps even larger to the development of the dense but well interconnected cities of the 20th century. It was interesting to hear of the public fears of going underground as if we are trying to leave god's world and enter the underworld.
2 people found this helpful

WalessbReviewed in the United States on April 24, 2021
5.0 out of 5 stars
Well done. Held my attention.
Verified purchase
I usually listen to a forensic show to help me nod off at night. I figured I'd try the documentary I found. I was really surprised at how involved I became in it. We don't have a subway in the city where I live and I've only had an occasion to ride them a few times in life, so it's no surprise I hadn't ever considered the history. It was just something I took for granted. Hearing about Sprague and his struggles through developing and redeveloping his motors and trolley cars until he had something brilliant was fun to learn about. Then hearing about all the varying viewpoints as to why traveling underground was evil was something I'd never even considered. All in all, it was well put together and interesting to watch.
One person found this helpful

MaryReviewed in the United States on September 5, 2021
5.0 out of 5 stars
Excellent
Verified purchase
I lived in Downtown Boston for 20 years. Amazing to think of it as filled with horses. The most fascinating thing about this documentary is seeing the fear, politics, and business interests at play. It's hard to imagine a world without subways today. But back then, it was inconceivable to have them. With the advent of flash flooding due to climate change, putting the subway at risk, what is the next big leap we need to make into the unknown? This was really well done. Highly recommend.

Vail RyanReviewed in the United States on November 22, 2021
5.0 out of 5 stars
Informative
Verified purchase
As soon as they said "most unlikely places" I knew it was Richmond.
I'd never heard of Sprague, but I knew Richmond was one of the first cities to embrace the electric street car. It's a shame this man couldn't help falling under the shadow of Edison, who was more of an appropriator than an inventor.

DregsReviewed in the United States on September 10, 2020
5.0 out of 5 stars
Love it
Verified purchase
I am a history nerd, especially for transportation, so this video really intrigued me and immerse me into the video that I forgot about others things i was doing and enjoyed this video. it's well shot, the commentators are very knowledgeable, and I recommend this to anyone interested in the subway history, maybe even show this in high school.
One person found this helpful

A standReviewed in the United States on November 15, 2021
5.0 out of 5 stars
An excellent documentary
Verified purchase
I always loved watching‘American Experience.’ I found this episode extremely interesting and inspiring. It was fascinating to see all the hurdles that Mr. Sprague had to overcome. These great men are to be remembered, admired and celebrated.
See all reviews
Back to top
Get to Know Us
Make Money with Us
Amazon Payment Products
Let Us Help You
EnglishChoose a language for shopping. United StatesChoose a country/region for shopping.
© 1996-2022, Amazon.com, Inc. or its affiliates