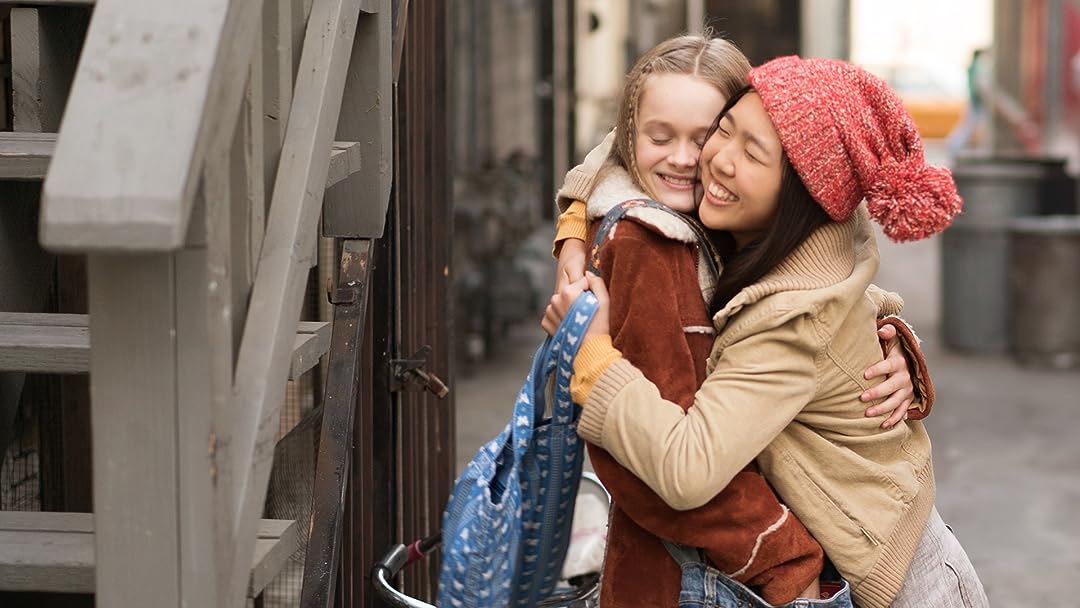 (63)
6.72017X-RayUHD7+
Set in 1976 San Francisco, Ivy Ling second generation Chinese-American struggles to find balance between her two cultural identities. Though her parents value family and Chinese traditions, Ivy wishes to be like her all-American best friend, Julie Albright. When Ivy’s important gymnastics meet and her family’s Chinese New Year's dinner land on the same night, she has to decide between the two.

GCReviewed in the United States on April 3, 2017
5.0 out of 5 stars
Nostalgic and relatable.
Verified purchase
Born and raised in SF (in 1976). I'm an ABC (American Born Chinese). I stopped going to Chinese school when it got too difficult. I totally regret doing that! This makes me miss my childhood in SF! I'm also in an environment where there are very few Chinese people around me. I miss that... to a certain degree. My mother (who has passed on) used to really embarrass me in public, but I wish she was still here....
18 people found this helpful

Amazon MomReviewed in the United States on August 28, 2017
5.0 out of 5 stars
I love how authentic the movie kept to the 1970s like ...
Verified purchase
I read the book a few years ago and the movie follows the book closely with the exception of Ivy cutting her hair at the end. I grew up in SF Chinatown in the 1970s so the movie resonated with me. Many of my friends went to Chinese school to learn Cantonese but I didn't go because I wanted to be more American and my mom didn't make me. I sort of regret it now that I didn't learn basic Cantonese. I love how authentic the movie kept to the 1970s like the clothes, the room furnishings, the music (Bay City Rollers!), all the crochet vests and crochet blankets. LOL Ivy is not a brat, but she is self-centered. But she becomes less self centered as she learns about the sacrifices her ancestors and grandparents made immigrating to America. She learns to appreciate her family and culture more. This is a realistic portrayal of someone who is conflicted is trying to please herself, her coach, her teammates, and her family. I agree that American Girl should do more focused stories on Asian Americans. It was sad to see Ivy discontinued as a doll, along with her books. and accessories.
7 people found this helpful

Stephen F SlaterReviewed in the United States on April 17, 2017
5.0 out of 5 stars
Best Yet
Verified purchase
I actually liked this movie better than the Melody and Mary Ellen ones that recently came out...it seemed to follow the story line more closely. I had a few complaints. These girls do not look nine, I still liked them in the roles though. They used an adult stunt double for the gymnastics and it was painfully obvious. It is hard for me to believe that they couldn't find a gymnast with the same build to do it,or could not teach the actress the very simple gymnastics routine. Besides that, great movie.
9 people found this helpful

FoxloreReviewed in the United States on March 25, 2017
5.0 out of 5 stars
Great episode, would love to see more
Verified purchase
A nice little drama touching on themes of identity and culture for. Chinese Americans in the US. I enjoyed getting to know the Ling family, and it was nice to see three generations represented here in a more natural light (as opposed to the overly codedic portryals of a show like FRESH OFF THE BOAT). I know the AG story series is made to be a series of one-off tales to support the production lines, but It would be great if they could spin the Ivy & Julie this show off into a longer mini-series, because I'd love to see more.
20 people found this helpful

Kandy4KrazeReviewed in the United States on March 31, 2017
5.0 out of 5 stars
Love it! Keep them coming. :)
Verified purchase
We just watched this as a family and it is a great movie that teaches the importance of family, culture, and personal wants and successes - and the balances you need in life to have all three. We can't wait for more! Maybe touch on Native American and Spanish-speaking families next?
10 people found this helpful

RoseReviewed in the United States on April 10, 2017
5.0 out of 5 stars
Refreshing, realistic, and sweet portrayal of life as an ABC
Verified purchase
I liked this American Girl episode, much much more than the previous Felicity/Samantha/Kit movies. It was much less saccharine than the other American Girl movies because it dealt with issues of culture, race, and family loyalty. A lot of ABC's, myself included, feel the pull between East and West. A lot of us were forced to go to Chinese school, and it's hard to understand the importance of culture when you're a kid. Ivy is no different: she has trouble comprehending how important family and culture are, and understandably she wants to be more American than Chinese-American.

It's hard enough to find Asian/Asian-American representation in media, and most movies or TV shows with Asians/Asian-Americans fall back on stereotypes. It was nice to watch a story about a normal--not model minority--Chinese-American girl who juggles everyday things like gymnastics, friendships, family relationships, and culture. Yes, sometimes Ivy is a little bit of a brat, but I think that most kids go through that phase at some point, and it's honestly refreshing to see Ivy be frustrated at her mom, sulky at having to attend Chinese school (oh, the memories!), and sarcastic toward her brother Andrew instead of smiling as she garners straight A's.

Also, props to American Girl for casting people who actually speak Cantonese! I'm an ABC and while my Cantonese speaking skills are a little rusty, I can understand Cantonese pretty well. It feels a bit like home to hear Ivy's family speaking Cantonese.

Lastly, I'm impressed that AG actually showed some of the nitty-gritty details of living in SF Chinatown in the '70s. Ivy's grandparents' restaurant looked like a LOT of Chinese restaurants or banquet halls that I've seen in my lifetime, so two thumbs up for authenticity. Her home is a little bit dingy and small--realistic for a family of 5 with a mom attending law school and the father as a security guard.

All in all, I highly recommend this. I'm way out of the target age group for AG movies, but I really enjoyed this as an ABC adult also living in the Bay Area.

Christina ShortReviewed in the United States on March 30, 2017
5.0 out of 5 stars
i laughed! i cried! no seriously, i ...
Verified purchase
i laughed! i cried! no seriously, i did! although i'm not chinese-american (i'm filipino-american), i can very much identify with ivy's conflict. also, i grew up in the 70's!! my mom died at a young age (50) and watching ivy and her mom's relationship blossom opened the floodgates of emotion for me. ! i thank you sincerely for such a lovely story.
11 people found this helpful

Kevin KingReviewed in the United States on April 6, 2017
4.0 out of 5 stars
This Amazon Original Special TV series delivers an in-depth authentic experience of what it means to be Asian American.
Verified purchase
As an American Born Chinese (ABC), I can definitely state that it's difficult to maintain one's Eastern cultural values within a Western dominated society though it's very much possible. I guess a case in point is myself, but also in An American Girl Story - Ivy & Julie 1976 (Amazon Original Special TV Series). In this splendidly fresh take on living in America as an individual born to immigrants, I can see how one's life is tougher in a sense that it's hard for you to integrate with the society your surrounded by; however, if you think about it one can transcend this obstacle and become the necessary bridge in creating a more harmonious society filled with cooperative progress instead of unnecessary bickering. Overall, I think the target audience that would benefit the most from watching this would be schoolchildren although everyone can benefit from the general life lesson of being true to yourself by making the choices that reflect who you're currently and who you want to become in the future.
7 people found this helpful
See all reviews
Back to top
Get to Know Us
Make Money with Us
Amazon Payment Products
Let Us Help You
EnglishChoose a language for shopping. United StatesChoose a country/region for shopping.
© 1996-2021, Amazon.com, Inc. or its affiliates