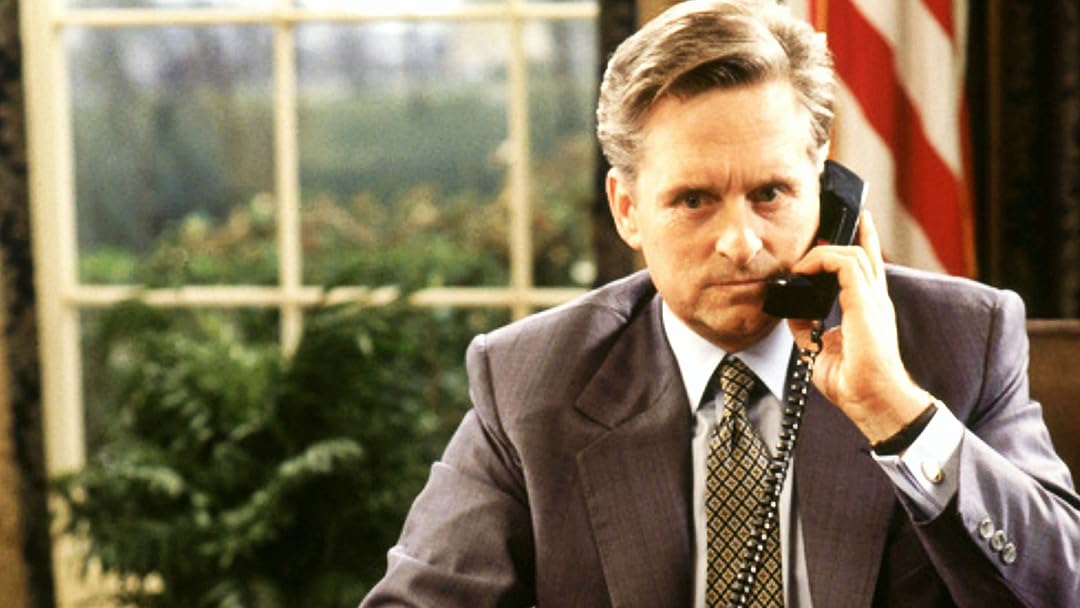 Thomas BeckmanReviewed in the United States on September 22, 2022
5.0 out of 5 stars
One of my favorites
Verified purchase
It's a favorite. And having have with it was nice.

Lawrance BernaboReviewed in the United States on August 3, 2002
5.0 out of 5 stars
AFI's Greatest Love Stories: #75 The American President
Verified purchase
Okay, to weigh in on the key points of discussion that keep popping up with regards to this particular romantic comedy. First, I would have liked "West Wing" if I had never seen "The American President" and I would have liked "The American President" even if it was not a test balloon for "The West Wing." Second, of course a romantic comedy about the President of the United States is going to have a liberal in the White House. Conservatives are either (a) not that funny or (b) do not like to be laughed at, take your pick. Third, the part that bugs me the most is the "character" issue everybody keeps alluding to. I know part of the premise of this movie is "What is Hillary died and Bill Clinton was all alone in the White House and Chelsea was giving him dating tips?", but does that automatically mean we have to give all his sexual foibles to the fictional Andrew Shepherd? The man says he has only loved two women in his life and that it has been a long time since he has done anything sexual, so what is this character issue? Somebody explain it to me...like I was a six year old.
The actual plot of "The American President" is as old as the hills: boy becomes President, boy meets girl, boys falls for girl, girl falls for boy, and the entire country has an opinion. But ultimately the story does not matter because we stop flipping through the channels when we come to this movie on television because of the snappy dialogue and the excellent acting performances. Somehow screenwriter Aaron Sorkin got from "A Few Good Men" and "Malice," to this choice piece of political drama. Michael Douglas turns in his best romantic comedy performance as President Andrew Shepherd while Annette Bening plays Sydney Ellen Wade, a paid political lobbyist who discovers she has more of the President of the United States than his ear.
But ultimately "The American President" features one of those ensemble casts that makes you sit and shake your head in wonder. Actually, it is rather depressing to think that the actual occupants of the West Wing are no where as smart or as glib as this crew: Martin Sheen ("Come, friends, let us away"), Anna Deavere Smith ("I think the important thing is not to make it look like we're panicking"), Samantha Mathis ("Sir, I don't understan?"), and David Paymer ("Well, I could explain it better, but I'd need charts, and graphs, and an easel"), and in my choice for the best performance of his career, Michael J. Fox ("Can I just state very clearly I can't be part of anything illegal").
Did I mention the dialogue is really good in this film? However, the film's only Oscar nomination was for Original Musical score. Go figure.
Personally, I do not think the American people would turn upon a widowed President who started dating. But then I have this pesky idealistic streak that refuses to go away. This is a witty, literate romantic-comedy that harkens back to Hollywood's golden age. Ultimately the film's political leanings have little to do with our enjoyment because we know nothing ever happens with issues like gun control and fuel emissions in the real world and Bob Rumson's problem is not that he is running for President but that he is trying to break up the romance between these two kids.
Most Romantic Lines: (1) "Well, first of all, the two hundred pairs of eyes aren't focused on me. They're focused on you. And the answers are Sydney Ellen Wade, and because she said yes." (2) "Perhaps I didn't properly explain the fundamentals of the slowdown plan." (3) "I've loved two women in my life. I lost one to cancer and I lost the other because I was too busy keeping my job to do my job. Well, that ends right now." Of course, these are not the best lines in the movie because those are all about politics more than romance.
If you like "The American President," then check out these other films on the AFI's list: #74 "Woman of the Year" and #31 "The King and I." Why? Well, because in the former you find how hard it is to mix politics and love and in the latter you have a leader whose position does not allow him to fall in love.

Kathleen MadiganReviewed in the United States on August 27, 2022
5.0 out of 5 stars
President movies
Verified purchase
Love these 2 movies wish we could go back in time when the Presidents job was to bring people together and not tear our democracy apart and get the people’s job accomplished without hatred and diversity

Tom SutterReviewed in the United States on August 3, 2022
5.0 out of 5 stars
Good movie
Verified purchase
I’ve seen this movie several times several more it’s something I would recommend it’s just something it’s a feel good movie with kind of a chick flick feel
One person found this helpful

Neal CisselReviewed in the United States on July 31, 2022
5.0 out of 5 stars
Great movie to watch
Verified purchase
This is a fun movie to watch. Funny and serious at times.

AprilReviewed in the United States on April 25, 2022
5.0 out of 5 stars
There is nothing Aaron Sorkin has a hand in that isn’t brilliant
Verified purchase
My 13 year old Daughter LOVES this movie… which is great bc it was one of my favorites at the same age :) West Wing was pretty much the only thing I watched for the first few years of her life- so the Sorkin banter and flow was introduced early… we watched a few good men the other day and it’s clear she appreciates the timing and delivery that is a staple of his work. Next up is bound to be Sports Night… at which point she will undoubtedly notice Joshua Molina and so many others are Sorkin casting faves. (Sports Night is his most endearing role, I believe.)
Sydney Ellen Wade, we heart you… you get those votes!

Sally OwensbyReviewed in the United States on June 20, 2022
5.0 out of 5 stars
I didn't open this product.
Verified purchase
This DVD was delivered fine, with no visible defects. I didn't open this product as I wanted the one-disc DVD version of "The American President," but ordered this double feature when I couldn't find it. However, I did find what I originally wanted.
See all reviews
Back to top
Get to Know Us
Make Money with Us
Amazon Payment Products
Let Us Help You
EnglishChoose a language for shopping. United StatesChoose a country/region for shopping.
© 1996-2022, Amazon.com, Inc. or its affiliates