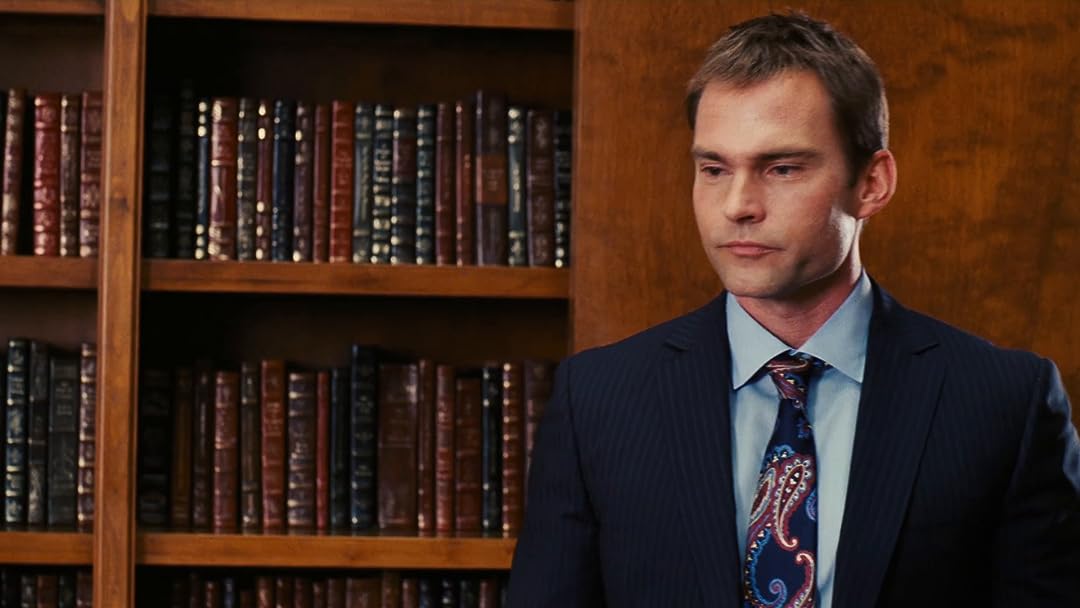 Leaves Cinemax in 12 daysRentals include 30 days to start watching this video and 48 hours to finish once started.

Amazon CustomerReviewed in the United States on December 29, 2020
5.0 out of 5 stars
If you like AP type stuff, or similar...you'll like this
Verified purchase
I like the AP series already and this is more of the same, with more sentimentality. Stifler seems a little over-acted this time around, starting with the scene when he exits the school bus....in particular his Penguin-like waddle, smirk, and cackle. Seems a bit much and little too animated, even for this character. Same with a few other characters, but these movies are anything but subtle...so par for the course.

ThombatReviewed in the United States on July 24, 2012
4.0 out of 5 stars
I don't care what anyone says...
Verified purchase
I am going to repeat the title of this review. I don't care what anyone says, I love the American Pie movies. Not the crappy, straight to DVD portions of it, but 1, 2, American Wedding and this little gem. Despite the gross-out gags and gratuitous nudity, the American Pie franchise is actually quite sweet and a very conservative heart beats underneath. Good films versus great ones usually work out that way. You think its about one thing, and it surprises you with depth. When I first saw American Pie, I didn't want to go, thinking it would just be another vapid, teenage sex comedy. I was dragged kicking and screaming (I wanted to see The Haunting) and it turned out to be a gem. The other films have continued this funny but deep trend. If you can handle it, I would suggest this film.
26 people found this helpful

007Reviewed in the United States on January 23, 2019
2.0 out of 5 stars
Eh
Verified purchase
This movie was mediocre at best...they could have ended it with the last movie...fun to see everyone together again before Tara started the Sharknado movies.

The product(s) arrived on time, as described by Amazon & manufacturer, it was shipped without issue, arrived within prescribed estimates, the packaging was undamaged, and the product itself was unmolested and made with quality materials. Description, photograph, website presentation, and what arrived are the same-size, shape, color, and it matched my expectations.

James BeswickReviewed in the United States on July 28, 2012
4.0 out of 5 stars
A solid bookend to the franchise
Verified purchase
If you enjoyed the first film but didn't care for the sequels, you'll have fun with Reunion. It delivers the same level of coarseness and immaturity that made American Pie such a hit combined with a somber and reflective tone that shows how all the characters have grown up. Not that this movie is in any way downbeat but there is a sense that 13 years on, all the raucousness of college has been replaced by life as a 30-something.

Reunion brings back all the characters from the original with varying degrees of success. Vicky, Jessica and Heather's stories didn't have very far to go whereas Jim and Michelle, Oz and Finch had much better parts in the script. The stand-out role in the film is Stiffler, who carries the film through every scene he appears in - his one-dimensional, emotional tone-deafness is perfect for the non-stop hilarious one-liners.

As with the first movie, the first 30 minutes set-ups all the gags for the payoff in the finale. They continue and develop most of the famously amusing scenes. It was great to see Eugene Levy given more screen time and Rebecca de Mornay has a funny cameo towards the end.

After a few bumpy and forgettable sequels, American Reunion finally gives the audience something that's on par with the first. While not for the easily offended, if the first one was a guilty pleasure then you'll definitely find some solid laughs here.

KyaruziReviewed in the United States on October 1, 2015
3.0 out of 5 stars
Cool, but We can do better!
Verified purchase
When I first saw this film, I thought it was amazing, but as I've rewatched it, I start to not laugh much at all. I very much love American Wedding out of all the American Pie movies, even the first, so when this came out, I expected not to like it as much. It has some very flat jokes, and some very crude and stupid ones too. Seeing Oz get grinded on by a fat soccer mom is not my idea of funny. Seeing Jim bust himself all over the internet and get completely embarrassed is hysterical.. It never really kept a tone either.. like is it a REUNION movie?? Is it a funny over-the-top crude and rude weekend with the boys?? OR is it a romantic getaway turned sour? We never get a balance of one tone, but a mix that truly doesn't work as well as American Wedding did. There are some extremely funny bits in this movie and some very good "performances", but overall, meh. Yeah. Meh. I liked the trailer more.
One person found this helpful

Hard Rock GirlReviewed in the United States on June 19, 2021
5.0 out of 5 stars
GREAT MOVIE!
Verified purchase
If you love the American Pie movies you will love this. I was trying to watch it at a friend's house and he was talking all through it and I missed most of it. So I bought it. I'm glad I did. It is great and I enjoy watching it. It makes me laugh. Worth the money to buy it.

Clint CoadyReviewed in the United States on December 21, 2019
5.0 out of 5 stars
Memories
Verified purchase
As someone who graduated in 99, this movie hits close to home for me. Getting older, remembering who we were when we were younger, it is bittersweet. You should always make time for some nonsense in your life once in awhile just to renew your spirit a bit.

Armchair CriticReviewed in the United States on July 20, 2012
4.0 out of 5 stars
GREAT BAND CAMP MOVIE
Verified purchase
American Reunion was good (un)clean fun. It's particularly good to watch in high-definition - a must for the nudity scenes.
I recommend that couples watch this movie if they've seen the rest of the American Pie sequels. It'll make you frisky for ideas on what to do after the movie.
It was nice to see most of the original cast and the memory lane pictures that rolled during the credits. I had forgotten about the Shermanator, and finally, Stiffler gets revenge. If you haven't seen the first (American Pie) you should get it and the other movies to include with American Reunion for an American Marathon. A band camp somewhere is doing just that.
2 people found this helpful
See all reviews
Back to top
Get to Know Us
Make Money with Us
Amazon Payment Products
Let Us Help You
EnglishChoose a language for shopping. United StatesChoose a country/region for shopping.
© 1996-2021, Amazon.com, Inc. or its affiliates