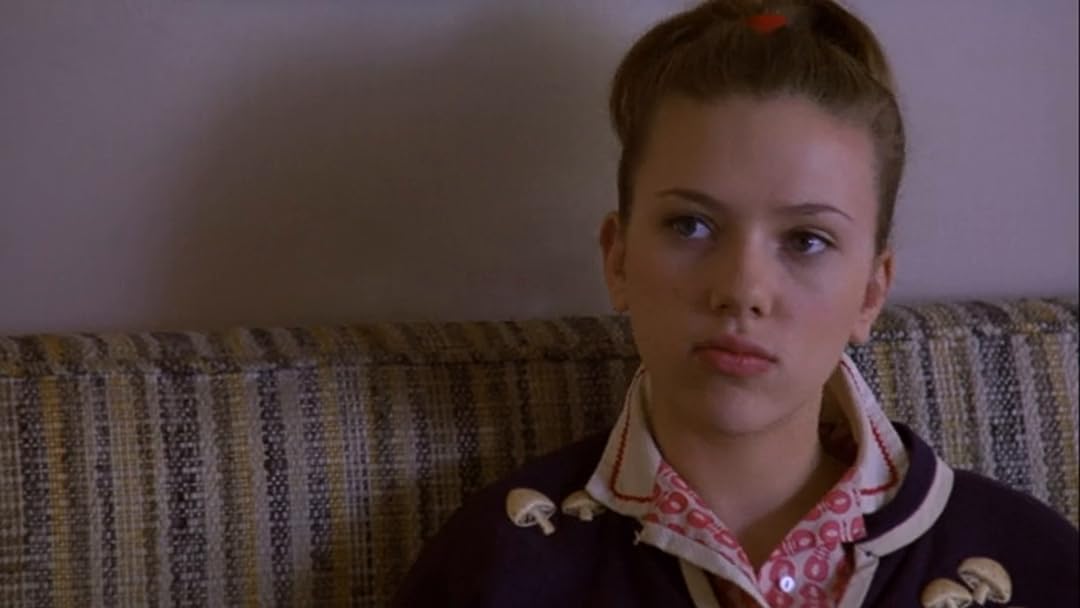 (151)
6.81 h 46 min2001X-RayPG-13
A young Hungarian girl struggles to find her place in the world when she's reunited with her parents in the USA years after she was left behind during their plight from the communist country in the 1950s.

Steve BenedictReviewed in the United States on June 20, 2021
5.0 out of 5 stars
An important film
Verified purchase
This was based upon a true story.

I worked with a Hungarian who had been in prison, and then was able to come to the US. He was an educated, cultured man: we were working in a factory together as lower level employees when I was young and he was old. He paid a terrible price for being for freedom.

I suppose most Americans would just put this all down to the Soviet Union: but it is not that simple. Moreover, there were reasons that the Soviet Union came to pass. And there was a time when it was preventable...but it was not prevented. We think it couldn't happen here, but it could...and we seem to be freely giving away our freedoms.

If I knew of other films like this, I would have given it 4 stars: the acting was great, but it could have been done a bit better otherwise. But the subject was great...and difficult.

Jersey MomReviewed in the United States on July 19, 2021
5.0 out of 5 stars
Hear Scarlet Johansson say BUDAPEST correctly the first time!
Verified purchase
Of course I gave it 5 stars, I’m a Hungarian who came to the USA of the year this movie was made,
and grew up in Hungary, witnessed socialism and free dental treatments first hand.
My grandmother’s properties were also taken away, and she was telling me stories of the Russian soldiers raping young girls. Communism wasn’t fun.
The portrayal of Hungary when Zsuzsi visited Budapest was a little exaggerated. But I do remember waiting in the lines for bananas as a kid. Not sure if the gypsies were really going after you for your jeans and all, but I understand that it needed to be a contrast to her new life in America.
Actors/actresses are amazing, both the Hungarian and American side.
I’m not complaining about accents here, because good luck to anyone of you to learn the Hungarian language. It’s hard. Kudos for even trying.

Also this movie made me cry. There are some touching and beautiful moments.

I watched it years ago but I did it again because I wanted to hear Scarlet Johansson say BUDAPEST correctly the first time. :D
18 people found this helpful

C. K. JaguarReviewed in the United States on July 7, 2021
5.0 out of 5 stars
Remarkable story
Verified purchase
This story brings out the reality of the world as it was, and as it is. Younger people will not appreciate the truths it portrays. Those days are hard to understand, and for today's educated community, impossible to understand. It's easier for them to believe the fashionable fantasies promoted in colleges and echoed by the media. Anything else would require too much work, and wisdom they don't have.
13 people found this helpful

Financial, Tax, Law GuyReviewed in the United States on July 4, 2021
5.0 out of 5 stars
Young Scarlett Johansson
Verified purchase
I like movies based on true stories. Scarlett did very well as her young debut in acting. All around good acting. We seldom see movies about communist countries and their struggles against ignorance brought on by political leaders. Good reminder of what parents and children went through during those times and during Nazi Germany. I wouldn't say America is paradise, especially for the blacks during those times, but white foreigners did get a better chance at living better here.
5 people found this helpful

MeadowReviewed in the United States on August 6, 2021
5.0 out of 5 stars
FILM THAT REFLECTS MANY AN IMMIGRANT'S STORY
Verified purchase
An American Rhapsody is based on the true story of Eva Gardos, her biological parents, her foster parents & her grandmother. The film follows the life of all these individuals during a 20 year period of time, starting with the necessity of her parents needing to flee Budapest in the aftermath of WW II when Stalin's troops takes over Hungary & life for Hungarians change dramatically.

The parents with their 5 or 6 year old daughter are able to flee as a group but for the youngest member of the family - a baby - things do not go as planned & she must be placed with a childless couple who live in the countryside.

I don't want to give the story away so I won't go into detail about the story itself other than to say this child ends up in America apparently adapting to this drastic change in her life that came about through subterfuge. This has long range effects on the child, resulting in greater than average teenage angst that comes to a head with nearly disastrous consequences.

Everyone in the film has been traumatized in some way. The young couple works hard & become successful; yet, their experiences make them guarded & far more cautious about things. The foster parents are heart broken & their young charge cannot forget them & the life they had together.

Having met several individuals in my own life who came to America after WW II & listening to their stories, I have been fortunate enough to be privy to these stories. I am one of those individuals born in American whose parents were the product of generations of previously American born ancestors; so, there were never any stories handed down because those who 1st came to America did so between 150 to more than 200 years prior to my birth.

This film is just one of many such stories including the one told in Eli Kazan's movie, America, America along with this one. If we don't become familiar with such stories, we cannot understand how it is for others who come to America these days. That they struggle not only to adapt but to succeed or at least succeed enough so that their children's future has the opportunity to do better than they were able to achieve.

We need to have films made showing the same for the Hispanics & other ethnic groups that are presently coming to America seeking citizenship & a better life for their children. Not all groups coming to America persist in speaking their native tongue rather than learn how to speak Americanized English.

This is a beautifully crafted film that I feel should be seen by at teenagers so that they might get some idea of why a family from a foreign country would want to come to America.
2 people found this helpful

Amante dei GattiReviewed in the United States on January 23, 2022
5.0 out of 5 stars
Touching Story of Their Quest for Freedom
Verified purchase
Just one family's story of their escape from 1950's Hungary, and a little girl's adjustment to surrogate parents for the first six yeas of her life only to be "kidnapped" by her grandmother and reunited with her birth parents in America. The film follows her struggles growing into adulthood, feeling as if she didn't really belong with her birth parents (and questioning why they didn't take her with them when they escaped from Hungary), having a very strained relationship with her mother and becoming a very rebellious teenager. A trip back to Hungary to reunite with the couple who raised her was eye-opening. She returned home to the U.S. with a new appreciation of what her mom had gone through that made her want to leave Hungary in the first place. A little slow moving, but a meaningful and fairly accurate portrayal of this family's experience, which is supposedly based on a true story.
One person found this helpful

Carolina WestReviewed in the United States on November 11, 2018
1.0 out of 5 stars
Are you kidding me with this?
Verified purchase
This film doesn't seem to have any idea what it wants to be: war drama, family special, journey of self-discovery, just pick a lane and stick in it already...
Worse is, even with all of this nonsense going on, it manages to be one of the most boring films I have ever seen. It managed to drag on and on, despite almost nothing happening once the family was living in America, despite the mother losing her mind and literally locking one of her kids in their room. There are plenty of ways to tell stories like these, but this isn't one of them, and the best advice I can give you is to skip over it.
9 people found this helpful

AlbaReviewed in the United States on March 25, 2022
5.0 out of 5 stars
Sad film!
Verified purchase
This is a sad movie because of the reality of it but good too. I wouldn't say that young people don't know how to appreciate things... most of it would be the fault of the parents who raised them that didn't teach them to. I really think this girl's life would have turned out very different had her parents who took care of her just told her the truth that she was somebody else's child and will be reunited with them one day (because her bio parents didn't give her up and were actively trying to get her back). They could still give her all the love and told her the truth but they were selfish wanting to keep her for themselves and for that it created a bitter child who was then selfish too and thought she knew it all, who couldn't love her bio parents all those times.
See all reviews
Back to top
Get to Know Us
Make Money with Us
Amazon Payment Products
Let Us Help You
EnglishChoose a language for shopping. United StatesChoose a country/region for shopping.
© 1996-2022, Amazon.com, Inc. or its affiliates