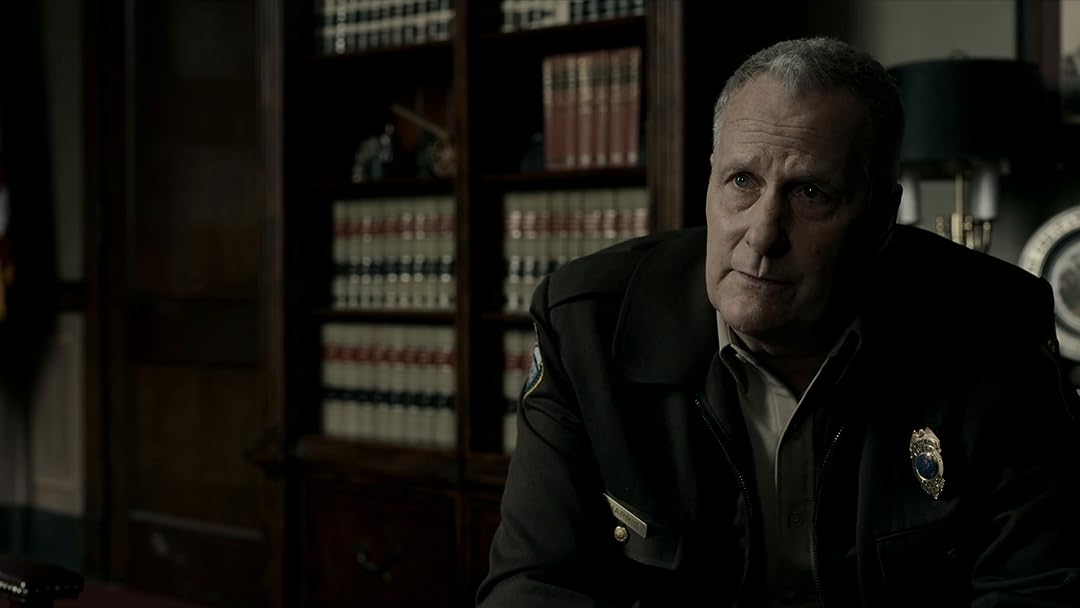 Season 1
(85)
2021X-RayTV-MA
A compromised police chief faces a crossroads in the aftermath of a murder.

Janice AkersReviewed in the United States on September 22, 2021
5.0 out of 5 stars
I'm not paying double to watch
Jeff Daniels is an awesome actor and I'd love to watch but I already pay for internet, then Amazon Prime so I'm not interested in paying for Showtime just to watch these epidodes. That's way too much to pay! I resent having to pay double and triple for all these steaming packages.
71 people found this helpful

GaryReviewed in the United States on September 13, 2021
5.0 out of 5 stars
Good episode #1 but not buying Showtime over it…
This looks good. Might buy the season. But won’t sub to Showtime over it. That seems to be Showtime’s strategy for now, rather than simply selling the show season, as they usually do.
32 people found this helpful

errin spellingReviewed in the United States on October 7, 2021
2.0 out of 5 stars
dark and depressing
aren't there enough dark and depressing shows. why do they keep making these. do they want everyone to commit suicide. you feel like that after you watch ,almost everything on hbo and showtime. it seems as if they even film , only on days where it is dark and dreary outside. can you find one tiny bit of sunlight in the series. no.guns , violence, depression, arthritis, fighting, alcoholism,death and eviction.
26 people found this helpful

Rachel SkrgicReviewed in the United States on October 10, 2021
3.0 out of 5 stars
Watching because I’m from near the setting
These reviews should be for people watching the show, not for people who are mad about have to pay extra for Showtime. That’s absurd, it’s on Showtime and you have to pay for it like every other service out there! Anyway….I grew up not to far from the setting of the show and am familiar with the locations mentioned in the book and the show. While there are some accuracies of area and people in this area, it definitely missed the overall mark though that’s for sure. I see what they’re getting at and their intention but it is just a misrepresentation of the demographic. I’m sure there are areas like the one depicted in this show, it’s just not here. In some ways it’s actually worse off here and other ways so much brighter. I feel the authors and writers should have abandoned the focus on this western PA region and just created a small time murder mystery drama like it is, because they just missed the mark so bad. You’d think they’d have locals (and the author does not count as a local) helping them capture the true depiction if they were so concerned about it.
16 people found this helpful

Joshua GlowzinskiReviewed in the United States on September 29, 2021
1.0 out of 5 stars
Awful show.
I started watching this. I liked it. Watched half of the first episode. Finished the next day. Didn’t like it. I can’t remember the last time I watched a show that drug on so much. I mean it just stays there, hovering in the middle, never finding a beginning or an end. There are so many characters. They keep flashing back and forth between scenes. Second episode, we see a wedding, a crime scene, a wedding, a crime scene. I can never find a focus. I mean what in the heck is going on. I can’t stand any of the characters. I have no clue the names of any of them. No idea their stories. It just goes on and on and on. Awful show. Not going to watch anymore of this one.
15 people found this helpful

Paul AllaerReviewed in the United States on September 14, 2021
4.0 out of 5 stars
Opening episode is a slow-burner (a good thing!)
As "American Rust" (2021 release; 8 episodes of about 60 min. each) opens with Episode 1 "The Mill", we see an old guy preparing pills (opioids?). He is soon revealed as Del Harris, Police Chief of the (fictional) town of Buell, PA, "closer to West Virginia in distance and community than to Pittsburgh", he remarks dryly. We are then introduced to Billy and Isaac, two kids just out of high school. Isaac reminds Billy that it's the last night of his 6 month probation, something worth celebrating. What is Billy on probation for? We then go the "Six Months Earlier"... At this point we are 10 min into Episode 1.

Couple of comments: this mini-series is the TV adaptation of the book of the same name by Philipp Meyer, as directed by veteran TV director John Dahl. I have not read the book so I cannot comment how closely the TV series sticks to the book. As I was watching Episode 1, I immediately had to think of this other recent TV mini-series Mare of Eastown, starring Kate Winslet. The central theme is the same: a small and rural Pennsylvania town continues to decay, leaving its population (whatever is left of it) in shambles and desperation. And oh yes, along the way there is a murder mystery to be solved. So my expectations were not very high for "American Rust", but I must admit that I quite enjoyed Episode 1. Other than Jeff Daniels (in the lead role of the Police Chief), this is pretty much a no-name cast (at least for me), but the acting performances were quite robust. Even there are several plot twists in just the opening episode, positioning itself to be an explosive mini-series, the overall pace of at least Episode 1 is quite slow.

"American Rust" premiered this weekend on Showtime, and Episode 1 is now available on Showtime on Demand, Amazon Instant Video and other platforms. New episodes air on Sunday evenings at 10 pm Eastern. If you are in the mood for a dark, if not grim, murder mystery series set in a depressing environment, I'd readily suggest you check this out, and draw your own conclusion.

CReviewed in the United States on September 13, 2021
4.0 out of 5 stars
An interesting show so far, seems true to the novel
This show is based on the celebrated 2009 novel American Rust. The show seems to be closely following the plot of the novel so far, as it tells the story of several people living in the fictional Rust Belt town of Buell. As the characters struggle to get by in this sometimes depressing small town, a murder forces the police chief to make some difficult decisions.

It looks pretty good so far, very dramatic, hopefully the next episodes do justice to the book.
10 people found this helpful

Beth Mason in NCReviewed in the United States on October 15, 2021
5.0 out of 5 stars
Well-Acted; Nuanced Storylines, But it Deviates From the Book! Why?
Jeff Daniels is wonderful here--so believable and subtle. Maura Tierney is great too. They are excellent together, as well.

I read the excellent, powerhouse book of the same title before I saw this series. It was captivating and believable. But the story line on the TV series has been altered--and not in a good way. For example, Billy and Isaac run into trouble with some hostile hobos and Isaac kills one when he hits him too hard with a rock, while attempting to help Billy. But on the TV show, Billy is thought to have killed a drunken ex-deputy...? Why? The departure from the book's storyline doesn't add anything to the story, other than an unexplained layer of complication. Unnecessary, in my opinion. The book had a better set of layers and sub-layers. It's definitely worth reading!

Anyway, the TV show is interesting and compelling, so I will continue to watch it every Sunday.
6 people found this helpful
See all reviews
Back to top
Get to Know Us
Make Money with Us
Amazon Payment Products
Let Us Help You
EnglishChoose a language for shopping. United StatesChoose a country/region for shopping.
© 1996-2022, Amazon.com, Inc. or its affiliates