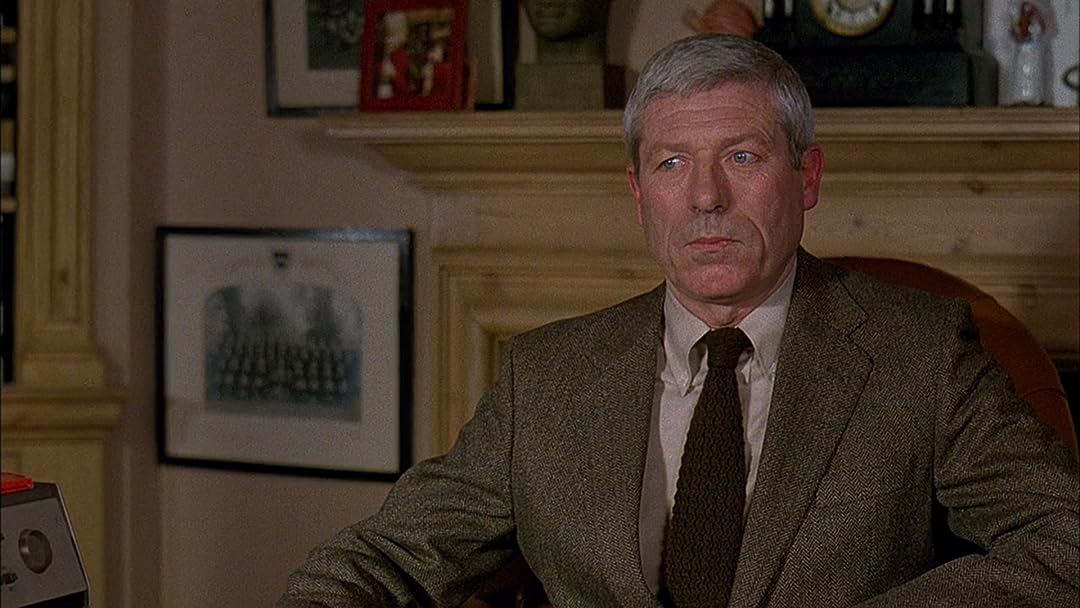 An American Werewolf in London

S. WilderReviewed in the United States on August 1, 2019
5.0 out of 5 stars
Still cutting edge in my opinion, even by today's standards
Verified purchase
A great werewolf movie with great special effects from Rick Baker.
52 people found this helpful

Zachary LittrellReviewed in the United States on August 31, 2019
5.0 out of 5 stars
Gory and Goofy Celebration of Practical Effects
Verified purchase
The subway scene is a moment of horror perfection. Hiding the werewolf and showing only an absolutely terrified man charging through nightmarishly empty hallways is good...but then it becomes GREAT. A wide shot from the top of the escalator -- the sounds of breathing, growling, and the hum of machines -- the American Werewolf lumbering its thicket of mass off in the distance..but not too distant.

Even when it misfires a bit (in a movie with werewolves and ghosts, what boggles me is how hospitals are just cool with nurses taking patients home), it's a movie with a drive. It sets its problems, it sets its stakes [no, don't worry, no vampires], and then sets all hell loose. An American Werewolf in London is a wonderful throwback to the childish glee of just letting monsters rip people apart, and the poor SOB who deals with the morning after.

SimonReviewed in the United States on October 31, 2019
5.0 out of 5 stars
Definately worth the price
Verified purchase
A very good movie with great collectors items inside!
25 people found this helpful

Francis Booth LynchReviewed in the United States on December 16, 2019
3.0 out of 5 stars
A great horror romp
Verified purchase
Movie 4 of 1981 and 84 overall in my journey through films of my lifetime.

The reason I have skipped this one for so many years is clear. There are several horror tropes I find inherently uninteresting due to their over use: vampires, witches, and werewolves. It usually doesn't take long before the story rolls out all the familiar elements then I yawn and move on. For example: the bad omens like screeching cats and full moons. It's not horrifying, rather, I find it predictable. With that said "American Werewolf in London" is a well told story despite my reservations. At the time it was lauded for its special effects. Today we call them "practical effects" and they have held up well in my opinion. In fact the effects along with the acting makes a convincing transformation.

I'd like to make mention of the spectacular ending. Very entertaining and exciting. I'm usually indifferent to gore but here it was interlaced with realistic action. I also found myself more moved by the ending than I would have thought possible. They give you a hint of a very cheesy, yet happy ending but snatch it away unexpectedly. This subverted expectations in the best possible way. Today subverting expectations is a crutch used by talentless hacks like in "Game of Thrones" or "Star Wars: The Last Jedi." In "American Werewolf in London" not only is it done well but it is used because a great ending really wasn't possible. Ending a good story is hard and I always prefer subtlety over extravagance in this regard. Well done Landis!

Monkey_VReviewed in the United States on January 6, 2018
3.0 out of 5 stars
American horror classic that might be lost on a digitally-minded audience.
Verified purchase
Three stars on my scale means an average movie that you wouldn't regret paying for at the cinema.

That said, this is a classic horror movie and was well made for its time. In our age of CGI and digital effects, it's very easy to dismiss older films as being "hokey" or "unrealistic," but there is also something visceral to them. American Werewolf in London is one of those films that has enough corny sensibility that it doesn't take itself too seriously while at the same time portraying some good horror tropes in emotionally evocative ways. You can watch this one for just good, classic, horror fun or you can pay a little more attention and see the personal horror of the main character, David, as he is confronted with the reality of being a monster. The first transformation scene is one of my all time favorites in werewolf cinema, as it is sudden, confusing, and ultimately horrifying for the character himself, even if modern audiences might get a chuckle or two out of the effects. The makeup and costuming are actually quite well crafted and it's worth noting while you watch that absolutely none of this was done with computers. What you see is painstaking time and attention spent on creating an illusion with actual, material, costuming and make up effects.

This is definitely a film worth keeping in your collection if you like horror. Maybe best avoided if you're not keen on blood and gore.
18 people found this helpful

joel wingReviewed in the United States on December 17, 2019
4.0 out of 5 stars
A werewolf classic
Verified purchase
American Werewolf In London by director John Landis was a great addition to the werewolf genre.

Things get right down to business. Two Americans David Kessler (David Naughton) and Jack Goodman (Griffin Dunne) are hiking across an English moor. They stop in a pub and notice a pentagram on the wall. All the customers are being loud and talking when Jack asks why there was a pentagram. Everyone immediately becomes quiet and David and Jack are asked to leave. Afterward the woman running the pub regrets having the two boys leave knowing what will befall them. That’s being attacked by a werewolf that kills Jack and infects David.

Landis was able to create a great horror story. The first time David becomes a werewolf was a piece de resistance in special effects, and something people will always remember seeing. His attacks upon the people of London are well done with just the right amount of gore. Jack comes back from the dead stuck in limbo until David dies. Each time he appears his body is more deteriorated. He even brings along some of his undead friends later on.

Not only that, but there’s comedy as well. David for example, ends up naked in a zoo after his first change and has to steal some balloons and clothes to escape.

Really, there’s not a bad moment to the film.
C
6 people found this helpful

Kevin CarhillReviewed in the United States on July 9, 2019
4.0 out of 5 stars
Classic
Verified purchase
Usually, when a movie's been hyped or hailed as great, it falls short of expectations. This movie (for me, it was similar to Wrath of Khan) where it lived up to the hype. Not to say it's without flaws, but it's more than just a special effects movie.... The masterpiece is in the details. The dialog is good, the flow the movie is good.... there are some inconsistencies from scene to scene (like taking a drink from a beer, and then the next shot it's full again... or the doctor getting an umbrella that he didn't have before) but that's all easy to overlook... my only real criticism is the ending... it just sort of ends... I was expecting a twist of some kind, but it just ends, that's why I can't give it 5 stars.... but overall, great characters, very fun movie (not scary), SFX hold up today. I recommend it at least one time.
8 people found this helpful
See all reviews
Back to top
Get to Know Us
Make Money with Us
Amazon Payment Products
Let Us Help You
EnglishChoose a language for shopping. United StatesChoose a country/region for shopping.
© 1996-2021, Amazon.com, Inc. or its affiliates