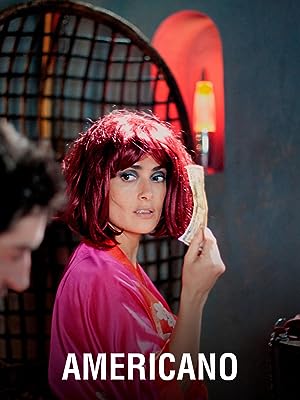 (102)5.21 h 45 min201118+
The death of his mother draws a young Frenchman back to his childhood in Los Angeles as he prepares to wrap up her estate. However, things become complicated when he discovers that his mother was very fond of a woman to whom she seems to have wanted to inherit her place.

This is a remarkable story of building self-awareness, of growth and of realization, discovery and in a sense, enlightenment. Amazon gives a decent review of the plot as do others, so .....

I hope this is not a plot spoiler, so I will try to be vague, but the lesson Martin learns from the stripper, who calls herself "Lola," is about two things that resonate with his own background and history with his mother: first, that "even" a stripper/prostitute can love her son, and love him very much; and secondly, that even this love may not be enough for the little boy who needs more help and guidance growing up, and may leave him feeling lost and alone, despite the love that his mother does not always have the time to show him, because making a living to support them both is very hard for her.

The realization at the very ending of the amazing coincidence, and the linking of the stories, is profound, like in the best of literature, whether Dickens or Dostoyevsky, or Pynchon or Rossner..If there is a lesson, it is that the "way out" of our dilemmas is to give love in as big a dose as we possibly can to those who have shown love and kindness to us, and then we are free. In the film the implication is that we are then free from our old hang-ups and misperceptions, and able to see the world, ourselves, and the others in it a little more objectively and compassionately.

I can understand why it got so many bad reviews, it is not an easy film to watch, even for someone who has lived for years in France and California, both, and spent much time in Mexico. The main character was for me not attractive, at least at first, because, he, Martin, was selfish and short-sighted, suffused with a hard shell of self-pitying ennui, and inadvertent self-destructive behavior that affected everyone around him..

The best part of the DVD is the interview with Mathieu Demy, who reveals a wonderful history of how the film was put together.

Physics teacherReviewed in the United States on October 6, 2021
1.0 out of 5 stars
Language challenging
Verified purchase
Should have read the description more closely. This starts out in french, continues i suppose in english and spanish, all subtitled in english. Couldn't make it past the french part before i decided it wasn't worth it.

DavoReviewed in the United States on August 5, 2020
5.0 out of 5 stars
Great movie
Verified purchase
Great movie only wish it spoke more of the English language
One person found this helpful

Monte andersonReviewed in the United States on October 5, 2019
1.0 out of 5 stars
Not good.
Verified purchase
Not good, not the movie I thought it was.
2 people found this helpful

nedhereReviewed in the United States on June 15, 2021
4.0 out of 5 stars
See above. The stars also allude to the quality of the DVD.
Verified purchase
I am not sure what I expected, but the film, with its twists and turns was entertaining.

DanReviewed in the United States on January 8, 2020
5.0 out of 5 stars
Very enjoyable.
Verified purchase
Salma Hayek played great part. Not a usual type movie for her. Worth watching.
2 people found this helpful

jerryReviewed in the United States on September 19, 2021
1.0 out of 5 stars
Slow
Verified purchase
Not the best. Pretty slow movie and a bland plot.

Samuel L. HugginsReviewed in the United States on November 26, 2019
5.0 out of 5 stars
Wow
Verified purchase
She is amazing
One person found this helpful
See all reviews
Back to top
Get to Know Us
Make Money with Us
Amazon Payment Products
Let Us Help You
EnglishChoose a language for shopping. United StatesChoose a country/region for shopping.
© 1996-2021, Amazon.com, Inc. or its affiliates