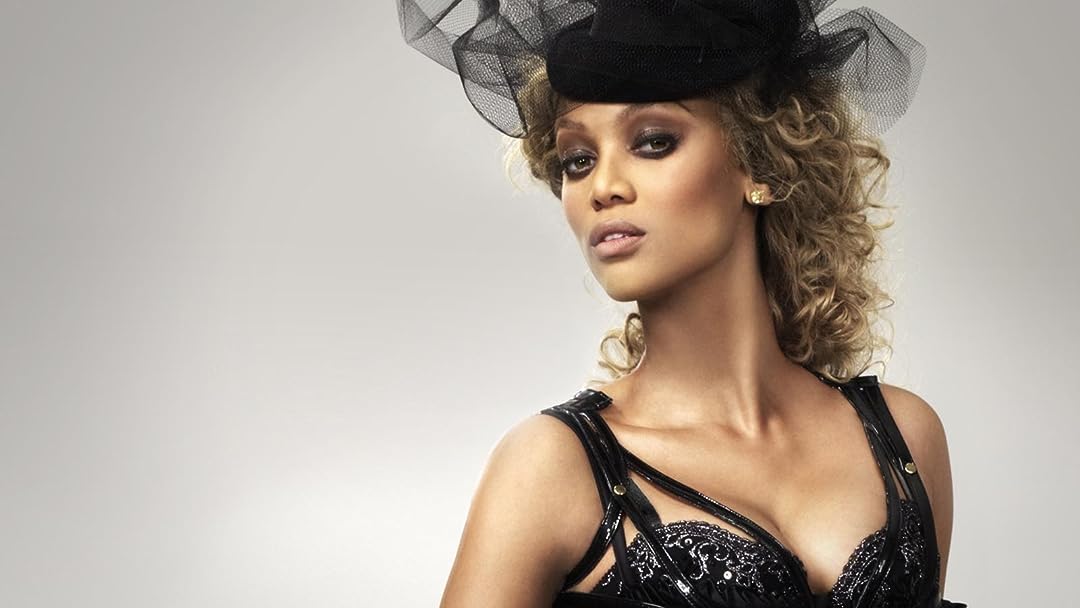 (265)
5.5200313+
America's Next Top Model follows 10 young women for eight weeks as they attempt to prove they have what it takes to make it in the high-stress, high-stakes world of modeling.

BreslynReviewed in the United States on October 20, 2016
4.0 out of 5 stars
Always entertaining, this freshman effort is a good one.
Verified purchase
I enjoy ANTM a one of my guilty pleasures, and I really enjoy the earlier seasons before it became such an over-produced show centered around Tyra Banks and her ever-growing ego.

During the first two seasons, Tyra spent a lot of time with the girls hands on, and the results of her tutiledge were much better than in later rounds, wherein she eventually was seen only in judging and clearly kept her distance from the participants.

I believe her later "cycles" would've been more successful if she were present more often, instead of having producers creating wilder and more outlandish challenges and obstacles for the girls (and later, guys) to overcome.

I enjoyed the addition of ALT in cycle 14, but it became obvious very quickly that Tyra not only worships the ground he walks in, but began speaking and behaving like him on camera. Somewhere in there she lost that "realness" she'd been known for an simply became a charicature of her former self.

PS--Thr casting portion of the show can be very entertaining, and I don't blame them for adding casting week as part of their show. Whether in American Idol or ANTM, it is fun to giggle at the hopefuls and their antics and select an early favorite or two. It's the one change I welcomed and applauded.

JD13Reviewed in the United States on November 23, 2016
4.0 out of 5 stars
An interesting look at the beginning...
Verified purchase
This show is miles removed from what it would later become. Yes you can see it was pretty low budget, but the show has some heart and real reality in there (with a small dose of those Tyra-isms we all hate) and in terms of tone, it's much closer to the AusNTM incarnation of the show. There's not a lot of gimmicks, the contestants are allowed some breathing room, they're actually getting some tips/instruction, and Tyra is very involved (versus her appearances later on which felt forced). Tonally, it's very close to the early seasons of MTV's Real World in the best possible way. Also it has one of the most memorable winners of any season. It's too bad the show moved away from this documentary style and got so over-produced because there's something really special here.
7 people found this helpful

Janet FReviewed in the United States on August 15, 2015
5.0 out of 5 stars
Earlier seasons are SO much more enjoyable!
Verified purchase
This is the first season of ANTM - it's so fascinating to see the beginnings from whence it came! I know Tyra is always under the gun to "change it up" - but how grotesque the current shows seem, compared to this show (which at least feels "sincere"). This is the season that made me a devoted fan, originally. Having been in the entertainment business for years, I get show "evolution" - but I sure miss this version of the show, rather than the freakazoid-judge shows they create now. (Brian? Really?) Oh well.
8 people found this helpful

L.P.Reviewed in the United States on August 13, 2018
5.0 out of 5 stars
WHAT SHE DOES TO BE A MODEL
Verified purchase
Love this show. Girls compete to become high fashion models and what the judges choose can be a surprise. Girls learn skills such as walking on a runway in high heels which can be funny to watch. Most of the girls are tall and skinny but they do have some girls competing to become plus size models.
3 people found this helpful

Cheryl L. JonesReviewed in the United States on April 24, 2021
4.0 out of 5 stars
top model
Verified purchase
I enjoyed most of it except 3 things they made the girls do. Pose with huge snakes around their necks, posing in the nude, and putting them in a coffin with an 8' deep grave and pose. If that's part of Modeling, i don't understand it.

AndieReviewed in the United States on August 6, 2015
4.0 out of 5 stars
Ahh... the good ol' days...
Verified purchase
Seasons 1 and 2 are the best! I love the "old" days of measuring and weighing the models and airing it for all to see... the comments and criticisms felt real to what really goes on in the modeling world. They stopped telling the women to "work on their thighs" after only a few seasons. They're going to hear it in the real world so don't sugarcoat it!

Corinne StandishReviewed in the United States on April 13, 2016
5.0 out of 5 stars
One of the best seasons
Verified purchase
Back when the series was good - before the guys and the hookups. Just about modeling and relationships. Great nostalgia to watch, especially knowing how the winner behaved in the press years afterward. They'll never admit it, but I bet they looked back and wished they'd chosen the other girl. Listened to Janice Dickinson, lol!
5 people found this helpful

Shana-Marie PellonReviewed in the United States on May 31, 2005
5.0 out of 5 stars
Great entertainment!
Verified purchase
I first saw ANTM on VH1 when they were airing reruns of cycle 4. I never expected to find the show interesting, much less addictive! The one thing that got me hooked were the photo shoots every episode. They are not boring everyday, wear a dress, lingerie or bikini and pose sexy. They were creative, artistic and showed that everyone in this business has to be artistically inclined, even the models themselves. If it was the goal of Tyra Banks to show the world that it takes more than a pretty face and a nice body to be a model, she has definently achieved it. We also see in the show that initial judgments based on appearance can mean nothing in the end, as the winner was someone Tyra would have never expected to win. The prettiest girls with the nicest bodies were eliminated one by one because they were missing something the best girls had and that was personality. Not only is the show entertaining, it illustrated something very important about modeling, a reality that most do not see. It takes more than just looking pretty and having a toned body, it takes discipline and a having a personality that shines through to make you look even more beautiful. I hope this speaks out to the young girls out there that emotional and intellectual development is more important than physical beauty. Looks won't get you everywhere.

I highly recommend this show for fans of the fashion industry and for those looking for a quality show, especially in the overly saturated "reality tv" genre.
4 people found this helpful
See all reviews
Back to top
Get to Know Us
Make Money with Us
Amazon Payment Products
Let Us Help You
EnglishChoose a language for shopping. United StatesChoose a country/region for shopping.
© 1996-2022, Amazon.com, Inc. or its affiliates