You've subscribed to Shadow Children! We will preorder your items within 24 hours of when they become available. When new books are released, we'll charge your default payment method for the lowest price available during the pre-order period.
Update your device or payment method, cancel individual pre-orders or your subscription at
Your Memberships & Subscriptions
There was an error. We were unable to process your subscription due to an error. Please refresh and try again. 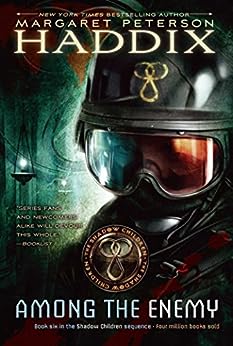 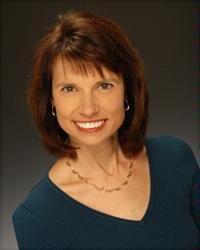 The Sandman Act 1
The Sandman offers a dark, literary world of fantasy and horror. Listen free
Books In This Series (7 Books)
Complete Series 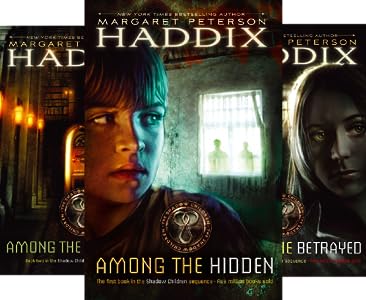 Margaret Peterson Haddix is the author of many critically and popularly acclaimed YA and middle grade novels, including the Children of Exile series, The Missing series, the Under Their Skin series, and the Shadow Children series. A graduate of Miami University (of Ohio), she worked for several years as a reporter for The Indianapolis News. She also taught at the Danville (Illinois) Area Community College. She lives with her family in Columbus, Ohio. Visit her at HaddixBooks.com. --This text refers to the paperback edition.

Grade 5-7–A continuation of the series in which third-born children must stay in hiding in order to escape certain death at the hands of the Population Police. Many characters return, including Mr. Talbot and Nina, and some of the plot elements of previous books reappear. While there is little character development, the book is fast paced, opening with a raid on the Niedler School that forces Matthias, Percy, and Alia to run for their lives. The two younger children are injured and Matthias inadvertently becomes a member of the Population Police. Issues of trust and loyalty will appeal to readers as will the twists and turns of the action. This book also contains many references to faith in God and the need to believe. The protagonist often finds solace and strength in thinking of the advice given to him by his surrogate father, Samuel, a man of great faith. This one is strictly for fans of the previous books.–Edith Ching, St. Albans School, Mt. St. Alban, Washington, DC
Copyright © Reed Business Information, a division of Reed Elsevier Inc. All rights reserved. --This text refers to the library edition.

"[The] brisk, efficient pacing facilitated by occasionally abrupt plot turns is precisely what has cemented Haddix's strong following among both avid and reluctant raders. Series fans and newcomers alike will devour this whole." (Booklist) --This text refers to the library edition.

Gr. 5-8. Each title in the Shadow Children series reveals a different aspect of a dystopian future in which illegal "third children" are hunted by ruthless Population Police. In the sixth installment, Haddix zooms in on Matthias, the eldest of the three friends Nina allied with in Among the Betrayed (2001). While seeking help for Alia and Percy, both gravely injured during their escape from the latest Population Police raid, Matthias impulsively saves the life of an officer and must then pose as an aspiring recruit. Suddenly Matthias is hailed as a hero and whisked into the heart of police headquarters, where he finds unexpected camaraderie with his former archenemies and must contend with feelings of confusion, guilt, and grief as he uses his position to aid undercover rebels. The top-level authorities' instantaneous embrace of Matthias may bother some readers, but the brisk, efficient pacing facilitated by occasionally abrupt plot turns is precisely what has cemented Haddix's strong following among both avid and reluctant readers. Series fans and newcomers alike will devour this whole. Jennifer Mattson
Copyright © American Library Association. All rights reserved --This text refers to the library edition.
Read more

4.8 out of 5 stars
4.8 out of 5
314 global ratings
How are ratings calculated?
To calculate the overall star rating and percentage breakdown by star, we don’t use a simple average. Instead, our system considers things like how recent a review is and if the reviewer bought the item on Amazon. It also analyzes reviews to verify trustworthiness.

Sylviastel
VINE VOICE
5.0 out of 5 stars Keeps You In Suspense!
Reviewed in the United States on August 19, 2011
Verified Purchase
I don't understand why this novel series isn't adapted to the small screen. It has everything imaginable to keep viewers and readers glued to know what's happening next. Only the author knows and she has done a brilliant job in keeping my attention. It's fast reading and it only took me 2 hours to read it.

The story picks up with Mathias and the shadow children (third children are illegalized) hiding from the Population Police that are modern day Nazis who hunt the illegal third children. The purpose of the Population Police was established during the droughts and famine period where food was scarce. Their solution was to permit only 2 children per household to maintain enough food for everybody. But in the series, we learn about how the politics, corruption, and evil manipulative ways that the Population Police in this unidentified country is allowing their own fellow citizens to die of hunger daily.

Mathias ends up in enemy headquarters of the Population Police after a heroic action. He is befriended by a highly esteemed officer who dies. Mathias is treated highly by the secretive commander of the Population Police who treated the Officer like a son and protege. During his time there, Mathias is given access to secretive information to help the cause. Won't go any further, the story is compelling, imaginative, and suspenseful!

Jennifer
4.0 out of 5 stars Great series for preteens
Reviewed in the United States on May 3, 2015
Verified Purchase
I would definitely recommend this series for anyone ten and up. My almost eleven year old daughter calls me overprotective and that may be true :), but I read the books before her. The first book "Among the Hidden" has one spot where it talks about a bra. Also, the second book "Among the Impostors" talks about boys looking at ( I believe it was) pictures of naked girls. This was bad enough I considered not letting her read the rest of the series; however, those are the only things I found inappropriate for her age. She is not a a big reader but cannot put these books down.
Read more
One person found this helpful
Helpful
Report abuse

Marilyn O. Chase
5.0 out of 5 stars Good Book
Reviewed in the United States on December 4, 2013
Verified Purchase
I attended a book fair with my son and we picked up the first book in this series "Among the Hidden". For some reason, I started reading it at the fair (while he was off with his teachers) and I was hooked! I've read the full series now and now I go through my son's "chapter books" (he's in 7th grade) and raid his literature. This book helps you see everything through the eyes of a child, but it has tremendous sociopolitical analysis. And it's just fun to read. Good science fiction.
Read more
Helpful
Report abuse

Kindle Customer
5.0 out of 5 stars A child growing up
Reviewed in the United States on June 24, 2018
Verified Purchase
Very spell bounding. It keeps you wanting to scream to the kid. Keep living, woke up. You wanted the child to come to himself, and not be afraid. Which in the end, the teaching of a holy man, kept him strong, and the joy of reunion made him even stronger.
Read more
Helpful
Report abuse

Leslou
5.0 out of 5 stars Interesting!
Reviewed in the United States on June 30, 2021
Verified Purchase
I thought the book was good. I loved the series. I couldn't put it down. Interesting situations and details.
Read more
Helpful
Report abuse

Kat A
5.0 out of 5 stars Great read
Reviewed in the United States on November 9, 2015
Verified Purchase
This is such a good book. The plot line kept moving, and every chapter ended with a cliff hanger. It was so hard to put down every time I picked it up again.
Read more
One person found this helpful
Helpful
Report abuse

Ashley Paxton
5.0 out of 5 stars Five Stars
Reviewed in the United States on May 27, 2018
Verified Purchase
Good series if you like these type of books.
Read more
Helpful
Report abuse
See all reviews

Magdalena
5.0 out of 5 stars Ok
Reviewed in the United Kingdom on February 11, 2021
Verified Purchase
Everything is as expected
Read more
Report abuse

Mrs. Wendy Adam
5.0 out of 5 stars good
Reviewed in the United Kingdom on December 16, 2012
Verified Purchase
this was easy to find, was what i was looking for, was good quality with no hassels what so ever
Read more
Report abuse