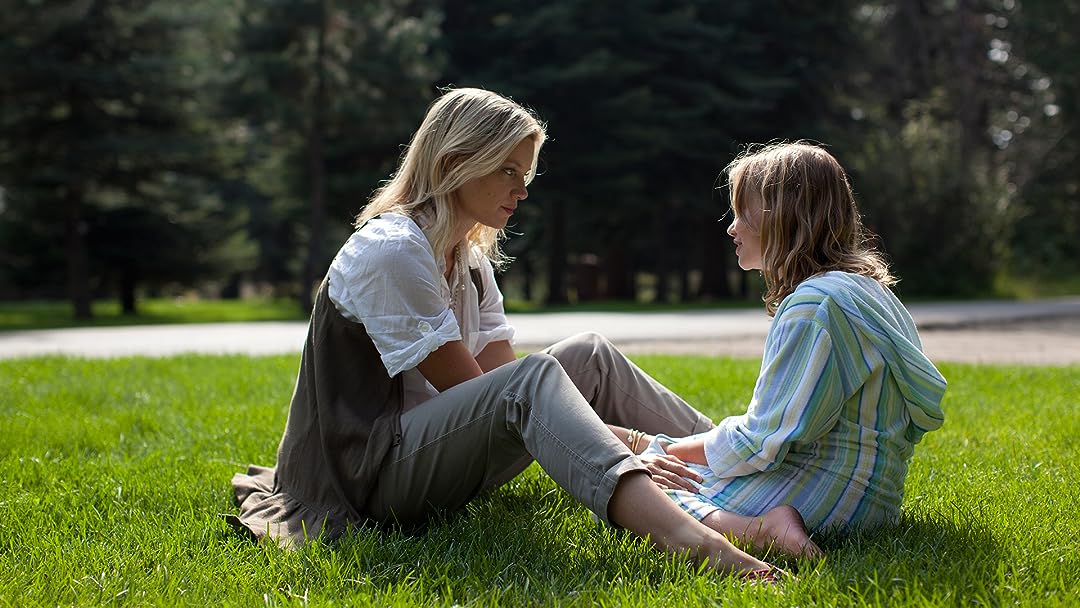 (39)
4.51 h 43 min20147+
Seen through the eyes of nine-year-old Joey, Among Ravens is the story of a group of friends who reunite for their annual 4th of July weekend only to be confronted by Chad, a strange and beautiful nature photographer who begins to change their lives one by one.

Tadpole RaisinReviewed in the United States on July 30, 2015
2.0 out of 5 stars
A Missed Opportunity
Verified purchase
The beginning of the movie sparked some interest as Joey talked about Ravens, their history and what they stood for. She then beckoned you to meet her Ravens (family). That was a nice hook - and it started out ok - even knowing you were going to watch yet another movie about dysfunctional people. But what you ended up getting was a mish mash that felt like a bunch of 'scenettes' strung together haphazardly.

As for Chad the photographer, he did not really add to the story at all for me. He could have, but didn't. Sometimes he seemed normal and sometimes he appeared to be a highly functioning autistic individual, but it just didn't fit well together. None of it did. The actors were good (save Chad, who may have been the victim of the role he was asked to play), but the material was not. Some scenes should have been expanded on and some felt just like ridiculous filler - leaving you to think "what was the point of that?"

This is a film that I would love to have fulfill a 'thought experiment.' Something I've wondered many times about movies that could have been great but weren't. Give the script to a few different writers to rework. Then have the same actors play the roles for each reworked movie. Somewhere in that group I'm pretty sure there would be a gem of a movie. It just wasn't this one.

Jay TReviewed in the United States on September 14, 2014
2.0 out of 5 stars
I'd leave it alone.
Verified purchase
The story was really scattered. Each character in the story had some form of an underdeveloped plot line and there was a struggle to see any cohesion in how they tied together. The synopsis tries to play off the story as a point-of-view of the little girl, there are moments where that is the case, but there are consistently scenes that struggle with point of view identity. The cinematography and score were a little bit redeeming, it was a mellow movie to watch... just not able to get into it. The cast were attractive human beings and the camera resorted to lots of head shots, and quite literally scenes that included staring contests. It's like the cast and the location were brought together before the script was and then... blah. Which is a bit ironic how much writer's block and cohesive story telling is made out to be impossible in script; self fulfilling prophesy?
One person found this helpful

Lucas BrantleyReviewed in the United States on March 16, 2016
3.0 out of 5 stars
The Saving Grace of Child Acting
Verified purchase
The biggest problem with this movie is that hardly any of the characters have any redeeming qualities by the end. I basically hated every character in this except for the main character, Joey. It's also hard to pinpoint the main story line or if there was any purpose to the events other than exposition reveals about the character's pasts or current struggles. The ending left me confused as to whether there was a point or any meaning. The film is also filled with on-the-nose metaphors using birds delivered via narration, which grew annoying after a while. However, the movie has one thing that saves it--the main character, Joey. Johnny Sequoyah gives a really good first performance, considering the lackluster material she was handed. She made me care about her character, and want to rescue her from such a neglectful, abusive family. She was the only character I felt genuine sympathy for. It is at least worth watching to experience Sequoyah's performance, which was stellar when you compare it to her adult co-stars.

Remy ChevalierReviewed in the United States on August 18, 2017
5.0 out of 5 stars
Like a good wine...
Verified purchase
Maybe it gets better with age. I really loved this film. Totally surprized by it, one of the best mood pieces I've seen. What happens is never what you expect. It makes no sense, very surrealistic. All allegories. The characters's reactions to situations subtly nuanced, yet uncontrived and generous. Grabs you by the heart strings. The music is also very beautiful.
One person found this helpful

RemyReviewed in the United States on July 27, 2014
2.0 out of 5 stars
Not as expected and not in a good way.
Verified purchase
I had really high hopes for this one but was ultimately quite disappointed.

The movie felt unfocused overall. I found it hard to connect to any of the characters. There wasn't one viewpoint or story to follow; it all seemed chaotic and not in a good way.

What it wasn't, was how it was described in the synopsis. The movie had very little to do with the presence of Chad the photographer in my opinion. He almost seemed tangential to the movie.

And I wouldn't say it was told through the eyes of 9 year old Joey either. It wasn't Joey's story, really. But then again, I'm not sure what the story was anyway except for more dysfunctional families.
5 people found this helpful

John D. KingReviewed in the United States on August 29, 2014
4.0 out of 5 stars
A great movie for the budget given
Verified purchase
Despite the low Indy budget, requiring a couple free actors that were not up to the level this movie required, but the scenery and storyline was well displayed and executed..... and entertaining. Amy Smart and Jonnie Sequoia were great. The hook might be.... ALL Heather Ray movies should be shot in Idaho.
One person found this helpful

Reader in RedmondReviewed in the United States on August 20, 2014
3.0 out of 5 stars
Amy Smart and Johny Sequoia stand out
Verified purchase
A mixed bag of interesting, quirky and banal characters, Among Ravens wanders through a minefield of cliches with some success and an occasional explosion. Definitely made out side the Hollywood main stream. Amy Smart and Johny Sequoia stand out, with additional interest added with Sequoia's voice overs.
One person found this helpful

R. D. YostReviewed in the United States on May 18, 2015
1.0 out of 5 stars
not good
Verified purchase
scenery was gorgeous....story was poor, would not recommend this movie because of the content.
One person found this helpful
See all reviews
Back to top
Get to Know Us
Make Money with Us
Amazon Payment Products
Let Us Help You
EnglishChoose a language for shopping. United StatesChoose a country/region for shopping.
© 1996-2022, Amazon.com, Inc. or its affiliates