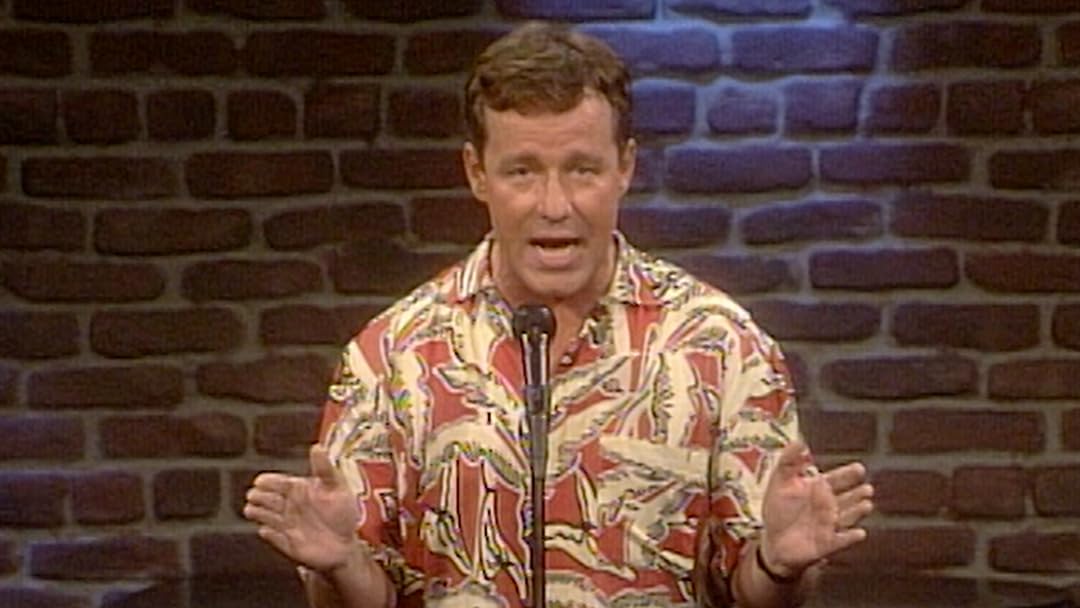 An Evening at the Improv

(10)
199113+
America's longest running comedy television series and the originator of the stand up comedy television genre. An Evening at the Improv is a season ticket to see the brightest and funniest entertainers before they were famous, from the club that introduced a generation of new stars to stage, screen and television.

C. LeBlancReviewed in the United States on October 27, 2018
2.0 out of 5 stars
The more things change, the more they're the same
80% of the hosts are terrible and unfunny. 100% of all "filler skits" are entirely unfunny. Barely 50% of the "comedians" are actual comedians (i.e., jugglers and impressionists, making up the bulk of those who were not). The overwhelming majority of musical guests are even worse and more unknown (most being local L.A. bands with zero hits, let alone talent), with the very rare exception of appearances like "Alabama" (who were, albeit, brand new at the time they appeared)... or guys like John Sebastian who showed up to merely to try and liven up their career, or try something "experimental" that they knew wouldn't fly anywhere else outside of a comedy club.

If you're still interested in watching this, for the few, known, up-and-coming comedians you will recognize and/or like, they're sadly often just as disappointing as the rest who never made a name for themselves (due to, you know, not being funny).

And if you're still interested in watching, just know, hack-comedians always draw from "bankable laughs" which is beyond tedious and so incredibly horrid to listen to ad-nauseam (as in: enough already, write some actual material that will appeal to more than just the 50 leftist nuts in the L.A. bar you're performing in front of -- clearly most of them didn't realize it's televised for a national audience, and sorry; but outside of the leftist L.A. and N.Y. nuts, no one wants to hear a bunch of political rants/opinions from people who barely grasp the simplest of political concepts, regardless of how you vote or "identify".)
That said -- The more things change, the more they stay the same. Jimmy Carter: absolute disaster of a President... Ronald Regan: decidedly not -- and this is not my "opinion", this is unbiased historical fact. Yet, all you will hear is how terrible, stupid, and inept Regan is (particularly on economics and foreign policy), while they pine away for Carter -- despite reality being the complete opposite.

Also, I was thoroughly disappointed with Richard Lewis, in particular, but some other well-known/successful "Names" as well -- Yes, early in their career; but not so early that the performances here could be justifiably excused away. I honestly don't think I laughed a single time, during any of R.Lewis' sets (of which there are many in the first few seasons I've seen thus far) -- Anyway -- Given his level of notoriety and success going back as far as I can remember -- Just, wow, after seeing this, cannot imagine how he ever became famous, let alone kept booking return spots on the show... though... I'd still prefer his neurotic weird unfunny jokes over some stupid juggler or lame impressionist, so, I guess that explains his repeat appearances.

Oh, and I nearly forgot: "Mr. Bud Freidman" or whatever his name is... Slimiest sleazeball that just oozes an "Ick-Factor" of ten. Wow. Seriously? You're a freaking club/bar owner dude -- You don't "Discover" these comedians and they did NOT get famous because you gave them time on your stage (in N.Y. or wherever!) -- THEY, however, made YOU rich and famous, while you demanded they pay some sort or fidelity to you by thanking you for THEIR success. It's just truly sickening to listen to that man, as he epitomizes the "You can't do it yourself" Leftist mentality... which is so Anti-American it's disturbing to listen to. (Seriously, Bud, they would have become just as famous and successful, applying their trade ON THE STREET OR IN PARKS... you merely provided a building, and sound equipment, so that you could make money charging admission to their performance while selling people food/drinks in the process. You, sir, are truly pathetic and beyond delusional, if you imagined yourself playing a larger role than that in their success.)

PS: If you've never seen Bob Geldof perform (outside of "Pink Floyd's The Wall (movie)" you can find his band, "The Boomtown Rats" in Season 2, Episode 18... I knew he was an actual singer/performer and that contributed to him getting that role; but if you're hoping to be impressed, don't hold your breath -- just, more of an "Easter egg" type of thing.

Kindle CustomerReviewed in the United States on February 28, 2019
4.0 out of 5 stars
Not as bad as the reviews say.
I'm surprise this has such a low rating. Compared to comedians today, these guys are much funnier because they actually have to have good material vs comedians now who just throw out F bombs left and right and talk about crude things like who they F last night. But then again, I guess that's what people consider funny these days. Sad really.
3 people found this helpful

Butterflymom54Reviewed in the United States on February 8, 2019
1.0 out of 5 stars
Just...Don't!
Waiting for my wash to get finished. Stumbled across this. It only took a few minutes for me to remember why I left this stuff long ago. I truly think one has to be young with no standards or values, drunk or high to see these people as funny. I pass! :(
2 people found this helpful

Robert P. JonesReviewed in the United States on September 18, 2020
1.0 out of 5 stars
Totally False Advertising: not the cast depicted, OR listed.
Okay, right off the bat, I was looking for something else, which was not available on Prime. This program, has a graphic showing 3 performers, and a cast listing 4 others, NONE of whom appear in the program that plays.

Amazon Prime is beginning to feel like paying for VIP reservations in a restaurant, and upon arrival, being led to the alley outside, and offered leftovers from previous diners...

I was required to select a star to submit review: should be, negative 2 stars.

lightingalReviewed in the United States on April 24, 2021
5.0 out of 5 stars
George Kanter rules!
I ran in this episode for George Kanter and I was not disappointed!

IIIReviewed in the United States on May 6, 2019
1.0 out of 5 stars
Boring! Boring! Boring!
Boring. I skipped around and watched a couple of different episodes. The live crowd wasn't even laughing. Too boring for me.

AshleyReviewed in the United States on March 15, 2019
5.0 out of 5 stars
It's great to have the option to buy one episode or an entire season.
Paid for just 1 episode, to see a set from a specific comedian.

Chip C.Reviewed in the United States on January 3, 2019
4.0 out of 5 stars
dvv dvv
HEEY ITS VOSCHH, aw thu'm.
One person found this helpful
See all reviews
Back to top
Get to Know Us
Make Money with Us
Amazon Payment Products
Let Us Help You
EnglishChoose a language for shopping. United StatesChoose a country/region for shopping.
© 1996-2022, Amazon.com, Inc. or its affiliates