Anastasia Krupnik and millions of other books are available for Amazon Kindle. Learn more
Share <Embed> 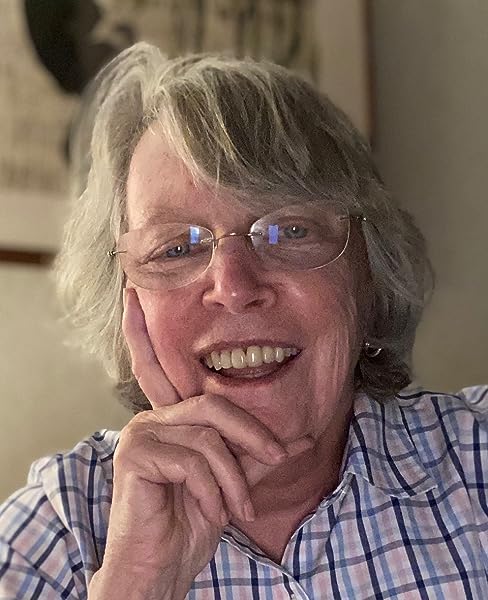 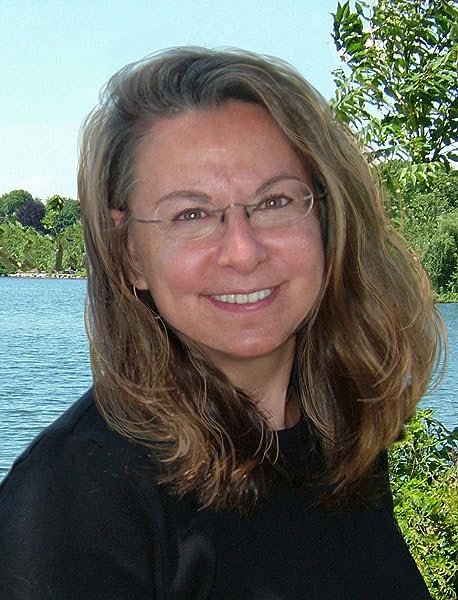 * "The well-turned phrase amuses, and the unexpected turn of events surprises in a plot that is tightly strung." —Booklist, starred review

Lois Lowry is the author of more than forty books for children and young adults, including the New York Times bestselling Giver Quartet and popular Anastasia Krupnik series. She has received countless honors, among them the Boston Globe-Horn Book Award, the Dorothy Canfield Fisher Award, the California Young Reader’s Medal, and the Mark Twain Award. She received Newbery Medals for two of her novels, Number the Stars and The Giver. Her first novel, A Summer to Die, was awarded the International Reading Association’s Children’s Book Award. Ms. Lowry lives in Maine.
www.loislowry.com
Twitter @LoisLowryWriter

Diane deGroat is the award-winning illustrator of more than 130 books. She lives in Amherst, Massachusetts.
Start reading Anastasia Krupnik on your Kindle in under a minute.

4.5 out of 5 stars
4.5 out of 5
127 global ratings
How are ratings calculated?
To calculate the overall star rating and percentage breakdown by star, we don’t use a simple average. Instead, our system considers things like how recent a review is and if the reviewer bought the item on Amazon. It also analyzes reviews to verify trustworthiness.

Jefferson
4.0 out of 5 stars A Mercurial Girl and the “Inward Eye”
Reviewed in the United States on May 10, 2019
Verified Purchase
For readers only familiar with Lowry’s sf dystopia Giver Quartet or Number the Stars, her historical WWII novel dealing with a Danish family helping Jews escape to Sweden, her earlier novel Anastasia Krupnick (1979) may come as a surprise. It takes place in contemporary America (the Boston area), is replete with American cultural references like Cosmopolitan, the Red Sox, the Celtics, Lord and Taylor’s, and Snoopy (some of which, like Groucho Marx, most kids today probably wouldn’t get), is mostly humorous in tone (though there is also a deep sadness that surfaces vis-à-vis aging and loss and memory), and has no suspenseful plot. Instead, the novel depicts the daily trials and tribulations and triumphs of a precocious, “mercurial” ten-year-old girl, Anastasia Krupnik, which she writes about in her green notebook, along with her ever-changing lists of “Things I Love!” and “Things I Hate!”

Each chapter is a mostly self-contained mini-story that combines with the others to make a composite novel. They concern things like discovering a new wart, falling in and out of love, working hard on a poem she receives an F for, deciding (briefly) to become a Catholic, coming to terms with her unusual name, spending Thanksgiving with her parents and her 92-year-old grandmother, asking her parents about their past love affairs, learning that she’s going to get a little brother, visiting one of her university professor father’s literature classes, and ultimately having to start coming to terms with life and death, which involves making important memories, which involves cultivating her Wordsworthian “inward eye which is the bliss of solitude,” which involves seriously decreasing the list of things she hates in favor of things she loves, which culminates in her perfect naming of her baby brother.

It is a fast-reading, amusing, moving, concise, and at times potent novel that does more with less. There was one point in the middle that moved me to tears (when Anastasia says she hates that her grandmother has to get old), many points that make me chuckle (like when Anastasia chooses for her Catholic name “Perpetua”), a few points that would probably make kids laugh (like when one of her father’s students says, “I Wandered Lonely as a Cloud” is “a crock of --“ and Anastasia notes that she heard her father say that same (missing) word earlier that day “when he realized that his pen had leaked ink on the pocket of his favorite shirt”), some points that make me think the characters are too articulate and witty (as when her mother mentions having played Monopoly when she was ten with the first boy she loved, so Anastasia asks, “Did Edward Mark get into building hotels?” so her jealous father asks, “If you were going to get involved with a hotel magnate. . . why didn’t you make it Conrad Hilton”), and one point that makes me cringe (like the way the object of Anastasia’s crush, the afro-styled 6th grade African American Washburn Cummings walks around stereotypically “bouncing an imaginary basketball and wiggling his hips,” though it is nice that Lowry depicts the object of her white heroine’s transitory affections as being a person of color).

And I thought the chapter in which Anastasia writes a poem was unconvincing: Her classmates’ grade A poems are too obviously trite, like one boy’s that goes, “I have a dog whose name is Spot./ He likes to eat and drink a lot,” while her poem is too e. e. cummings-esque and accomplished for a ten-year-old (even one who’s the daughter of a professor/poet and a painter!):

listen (!)
To them move smooth
n the moistly dark
here in the
whisperwarm wet

But there are more moments that sound like the pure expression of an intelligent and thoughtful ten-year-old girl and make the novel rewarding to read, like this: “’Boy,’ said Anastasia, ‘you know what I wish? I wish that everybody who loved each other would die at exactly the same time. Then nobody would have to miss anyone.’”

Sharif
4.0 out of 5 stars ten and figuring things out
Reviewed in the United States on September 14, 2013
Verified Purchase
Ten-year-old Anastasia is figuring things out. In her notebook, she makes a list what she hates and what she loves. Things get crossed off, put on the other side, and so on as she sees different sides to people and situations. Some of the things she's going through are finding out her mother is pregnant, dealing with an elderly grandmother who's much older than her friends' grandmothers, a teacher who dislikes her poetry, and an interesting wart on her finger.

Everything was so real, as if I were in Anastasia's head. This book seemed deeper than the books that come later in the series, since they're more comical and lighter than this one. I loved Anastasia and her parents. It was also fascinating reading about Anastasia minus Sam, since her little brother is a major player in the rest of the series.
Read more
2 people found this helpful
Helpful
Report abuse

justme
5.0 out of 5 stars Funny, sweet classic YA read
Reviewed in the United States on September 29, 2015
Verified Purchase
Just as funny and strikingly poignant as I remembered, and then some. Yes, there is some mild swearing and alcohol consumption (by adults), but this is really a rather tame YA read by today's standards. A really refreshingly lovely blast-from-the-past. Anastasia is a very straight-forward "tell it like it is" budding personality. She and her parents have a wonderful, open dialogue in much of the book. They encourage her to think for herself. This book has stood the test of time rather well and Lowry's introductory foreward is insightful.
Read more
4 people found this helpful
Helpful
Report abuse

Anna Kejabana
5.0 out of 5 stars Thank you parents
Reviewed in the United States on December 29, 2013
Verified Purchase
I chose this book at a bookstore sometime around 1988 or so because my parents refused to buy me any Sweet Valley books and because I liked the name Anastasia. This series was a favorite for years and since I have a cousin about the same age now, I've been rereading the books and they still hold up enough to share.

Though this is a children's book and the writing is not overly complex, the stories are mature enough to be interesting to an older reader as well. I particularly enjoyed Anastasia's parents, even more so when I read the books as an adult-- I thought my parents were great but if I had to choose fictional parents, it would have been the Krupniks, no question, and I hoped to be a parent like them someday.

Mary
5.0 out of 5 stars Loved it then and Love it Now!
Reviewed in the United States on December 4, 2013
Verified Purchase
I loved this book growing up and was really excited to pass it on to my 10 year old daughter. She's right at that age where she can relate to some of the things Anastacia deals with, and gets a little insight into how it feels to have a sibling. I'll definitely be stealing this from my daughter soon so I can reread it!
Read more
One person found this helpful
Helpful
Report abuse

Maggie Richardson
4.0 out of 5 stars Weird book
Reviewed in the United States on August 19, 2020
Verified Purchase
I didn’t like how she talked about her wart. That was gross! I did like the lists at the end of each chapter. I would like to read another book about her.

D7
5.0 out of 5 stars The first book in one of my favorite book series
Reviewed in the United States on March 3, 2015
Verified Purchase
I started reading this as a child and I still enjoy reading it. The characters are true-to-life and their quirks make them really interesting. The book runs the gamut from crushes on boys to the death of a grandparent. Highly recommended!
Read more
Helpful
Report abuse

Melody R. Stewart
5.0 out of 5 stars a different Lois Lowry book
Reviewed in the United States on April 2, 2014
Verified Purchase
Was expecting something more on the lines of THE GIVER and very surprised to get this. Yet, it has my students reading it and they are eagerly waiting for reading time (they are 3rd graders).
Read more
Helpful
Report abuse
See all reviews

Page 1 of 1 Start overPage 1 of 1
Previous page
Next page
Pages with related products. See and discover other items: best story book for babies
Back to top
Get to Know Us
Make Money with Us
Amazon Payment Products
Let Us Help You
EnglishChoose a language for shopping. United StatesChoose a country/region for shopping.
© 1996-2021, Amazon.com, Inc. or its affiliates