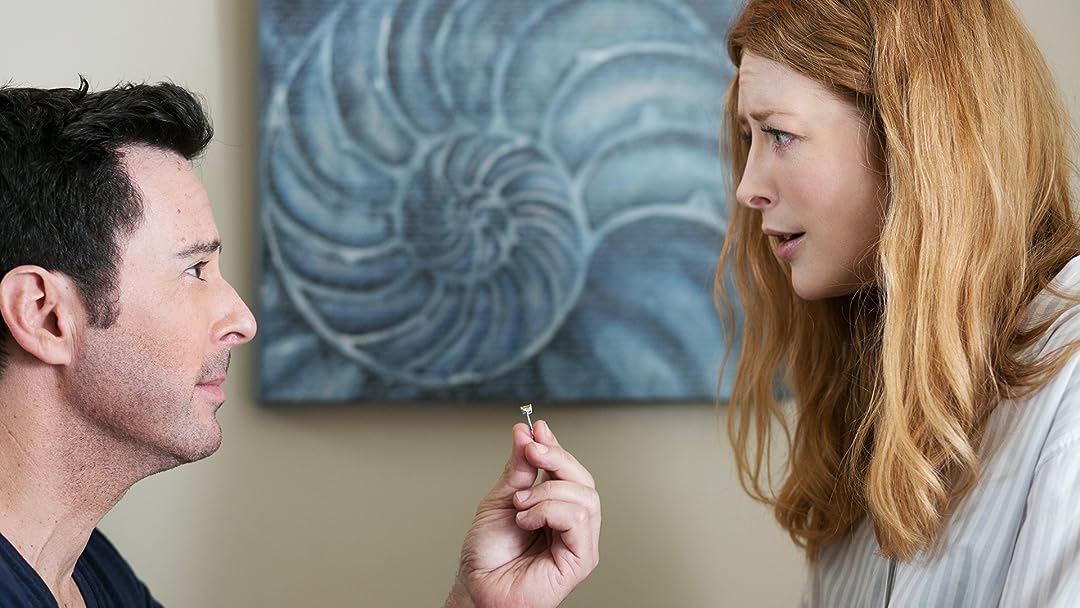 (50)
5.51 h 31 min2018PG-13
A genetics professor attempts to clone his dead wife, but each version he creates is different than the original version of her. In a desperate attempt to get the truest version of her back, he ends up cloning her over and over again.

DGGReviewed in the United States on September 1, 2019
3.0 out of 5 stars
A very weird cloning movie and romance.
Verified purchase
This was a cloning movie. It starts as most do. A doctor working on cloning loses his wife and decides to clone her from a single hair in a few minutes. (Yeah right!) Of course it doesn't go right. I think from the title Andover which is really meaning "and over" you can figure out what happens next. It continues down the typical "cloning won't ever create the same person" routine.

The difference is this movie actually ends up well for the final characters. But the writers seem to want us to forget the absolutely immorally awful way it gets there. But the ending is somewhat satisfying although it's tainted by all the terrible wrongs that came together to make right.

All the actors did a good job acting although their scripted reactions to the situations I felt were far from what would really have been the case. There's no way this story would have ever even remotely have turned out the way the writers made it. They discard love's uniqueness and seem to want us to think that if we just have the right formula, it'll all be the same in the long run.

I don't recommend this movie for anyone who is a scifi buff. The holes in this movies plot are huge. And I can't recommend it either for the romantic person as its just not there and even torture to some. If you do like happy endings you'll find this one has that. But I think it will leave you going "Come on! Really?"

M ChaplinReviewed in the United States on June 4, 2019
1.0 out of 5 stars
Painful to Watch and Think About
Verified purchase
I wanted to like this. I like several of the actors. I like dark and twisted, but this is too shallow and predictable.

The primary character becomes maniacal, and the film fails to handle the ethical consequences of his actions in any meaningful way. Each time he asks "her" to ascend the ladder to the attic, he gets creepier, because you know what he is capable of, and you know he doesn't have remorse. The ending is not believable, given his repeated lack of regard for the life and freedom of each of his creations.

The film does eventually acknowledge his need to grieve his real wife, and suggest that repressed grief made him sick, but without making any significant point about his illness, treatment, or culpability for the pain created by his actions. He treats his clones as disposable, and then, in the end, he makes up for everything with one, out-of-character, act of decency. Then, he gets the (non-cloned) girl.

What seems to be intended as light or campy comes off as psychopathic, with nothing really interesting beneath the surface, and nothing funny or thrilling or romantic. I can accept that in this film's reality, lab experiments seem fake, but I have a hard time being curious about characters who bring home babies and don't get remotely attached as they raise the babies from infancy to adulthood (albeit in 3 weeks).
5 people found this helpful

ChrisSherrillReviewed in the United States on August 20, 2019
1.0 out of 5 stars
Not a love story
Verified purchase
At first I thought this was to be a serious, though maybe lighthearted, movie. A few minutes in, and I thought it was supposed to be a spoof on the subject of cloning. Then, after a few more minutes, I realized that it was just a really, really awful movie. I have seldom seen a movie with worse acting or with a more poorly written script. Both the acting and the script made me cringe. The delivery of their lines by the actors, especially the minister, could only have been worse if they have aimed hard to make that the goal.
Don't be mislead. This is not a love story. It's a story about obsession. If the wife had not married him, he would have stalked her. And where's the love when he kills off the clones that don't pass his muster?
Just a terrible movie. Run! Run fast!
2 people found this helpful

neognomicReviewed in the United States on May 3, 2020
3.0 out of 5 stars
3.25
Verified purchase
"Andover" is a story of insanity.
Reminded me of Matrix Revolutions Quote by (character) Merovingian:
"It is remarkable how similar the pattern of love is to the pattern of insanity." (gratitude to Quotes[dot]net)

I saw the romance in the story but never felt any emotion nor did I laugh at what might have been comedic scenes. IMO, this happens often when writer and director are same person(s). ...

Quote(character Emma Grady): 'ethics are like broken glass.'
I hope the writer means if one steps on them one gets hurt.
The movie does not take that approach. There are no ethics, morals or even good common sense used, but that's part of the insanity in this film.

It does convey that every individual is absolutely unique because of the environment that they experience in their life. ... Taking an hour+half to do that seems a bit too much overkill.

William T CReviewed in the United States on May 29, 2019
3.0 out of 5 stars
An interesting Frankenstien's Monster Story
Verified purchase
The premise of the story substitutes cloning for mining body parts, but is hung on the tapestry of Frankenstien's Monster. I like Johnathan Silverman, he emotes well and is an all around schlub of a guy. I really wanted to empathize with him, wife dies in horrible accident and all but I couldn't. His character was simply a jerk. He wanted to play God and did. I gave the movie 3 star because there are nuggets of great acting and a plot that is involved. The insurance guy was a waste especially when they made him so cliched. The friends weren't really developed. I think as a series this might have been more.
2 people found this helpful

OligonicellaReviewed in the United States on December 16, 2018
5.0 out of 5 stars
Not a comedy.
Verified purchase
Really good watch though. Very dark and macabre scifi about cloning. Everything technical was great; camera, acting, script. You'd have to be pretty twisted to empathize with the lead and still stretching it to empathize with the second, so you're not in this for the rah rah.

Very strange and dark flick with a nice ending.
2 people found this helpful

AdriReviewed in the United States on March 6, 2020
4.0 out of 5 stars
I am not sure...
Verified purchase
You think it is going to a scifi acting out the warning of cloning and in a way it does. However they are free wheeling with the science aspect. They just muddle over it in order to tell a story, that takes a dark turn, but seems to still want to be lighthearted and even a comedy. I really don't know what genre they were shooting for. Even more odd, the story gets wrapped up to a happy ending after all the creepy of it. I did however have to keep watching, to see where they went with it, so I guess in a way it is good?

jrouReviewed in the United States on October 17, 2018
5.0 out of 5 stars
A Very Interesting, Creative, Enjoyable Indie Dramedy for Indie Film Fans
Verified purchase
I saw this film when it debuted in Orlando at a Film Festival and it was by far one of the toasts of the event. It is fun, inquisitive, emotive, and different, and for the (I believe) debut writing/directing job of EndCuts's Scott Perlman, it is excellent! That said, it is very much a creative, thought-provoking "indie" film that is not meant to be a "mainstream" blockbuster, confined to all those classic "blockbuster story limitations, cookiecutter rules, agent demands, and investment boundaries" that "sell millions." This is meant for the creative audience and for those who want to watch something unusual, unique, and satisfying (you do have a "happy/it all works out" ending, which is what I always look for - I don't care how bad it gets for the protagonist so long as in the end, he comes out alright, the light at the end of the tunnel). If you're more into your classic, blockbuster, A List Actor Romantic Comedies (Which I do like and watch myself), this is not that. If you like films that are out of the box, on a lesser budget that is done well, limited release, then this would be a wonderful film to add to your arsenal of movies to watch. For me personally, I thoroughly enjoyed it! The writer/director took creative turns I wouldn't have myself, and that is refreshing. The film asks, "What if?" like most kids with imaginative minds do when they make-believe in the backyard or in their rooms (who are NOT playing video games) and comes up with an answer that is not your typical conclusion. The cloning question is a question a lot of people have asked nonchalantly or sighed satirically in a fit of frustration, and this is one filmmaker's way of answering it HIS way.

It's a really neat idea, well executed, and very enjoyable. Hats off to the accomplishments of those involved for a great indie feature! Many successes to you and yours!
One person found this helpful
See all reviews
Back to top
Get to Know Us
Make Money with Us
Amazon Payment Products
Let Us Help You
EnglishChoose a language for shopping. United StatesChoose a country/region for shopping.
© 1996-2021, Amazon.com, Inc. or its affiliates