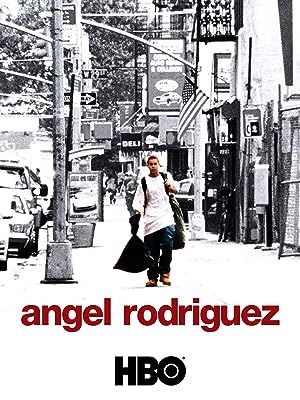 (5)5.11 h 26 min2006NR
From HBO Films comes this intimate drama about the complicated relationship between a 30-something social worker and the bright but troubled teenager she tries to help. Rachel Griffiths, Jonan Everett and David Zayas star.

AALinReviewed in the United States on May 9, 2016
5.0 out of 5 stars
Five Stars
Verified purchase
Awesome movie!

Lynda ScheerReviewed in the United States on February 18, 2008
5.0 out of 5 stars
A day in the life . . .
This striking HBO film by director Jim McKay portrays a day in the life of what the media would call a "throwaway kid." Rejected by his parents, with no home, he continues going to high school and has plans some day to have his own computer company - not a far-fetched goal, as he is clearly bright and knowledgeable about computers. But with his back against the wall, and befriended only by other marginal kids, his only lifeline is a school counselor who tries to keep him from being defeated by the circumstances of his life.

McKay's portrayal of his central character, Angel, is both gentle and realistic. He knows that the boy has both strengths and weaknesses. Tempted to steal from someone who has given him a place to stay for the night, he steals. And we learn that he is capable of a murderous rage. But there's also a struggle going on in him to persevere, be responsible, and not give up hope. This mixture of traits makes him a compelling study in youthful complexity. The role is played convincingly by a nonactor, Jonan Everett. Meanwhile, Rachel Griffiths as the school counselor demonstrates the remarkable ability to make us forget that we've seen her for several seasons as a continuing character on "Six Feet Under." The DVD has a sparse commentary by McKay, who admits that he'd prefer to say nothing and let his film speak for itself. While it's clear that the purpose of the film is to tell a story, it owes much to the cinema verite style of documentary filmmaker Frederick Wiseman, whom McKay acknowledges as a prime influence.

R. KyleReviewed in the United States on January 22, 2009
3.0 out of 5 stars
Insightful day in the life film
"Angel Rodriguez" is a made-for-HBO film about a teenager who's trying to get his life together. Angel, played by Jonan Everett, is first seen moving into his high school counselor Nicole's (Rachel Griffiths) spare bedroom because his Dad kicked him out.

Angel's definitely a likable guy. He's got plenty of friends, including Raymond (Wallace Little), good grades, and he's a talented programmer. So, why's he out on the street? His Dad alleges the kid's a liar and a thief, but it seems more like Angel's inconvenient since Daddy's got a new girlfriend, who doesn't get along with Angel.

Nicole, Angel's counselor, is taking a pretty big risk giving a high school kid seeming cart blanche access to her home and her house keys with nary a blink.

"Angel" had me watching attentively for more, but the script didn't precisely provide it. The actors did and I wished I could have seen more than just this short 'slice of life' with some serious inconsistencies. The film's well worth watching just to see the actors interact, but doesn't provide the depth I was hoping for.

Grady HarpReviewed in the United States on November 10, 2006
3.0 out of 5 stars
Where the Parts are Greater than the Whole
ANGEL RODRIGUEZ is yet another story of a kid whose innate talents and intelligence are misguided until he comes Under the influence of a caring adult, able to share her own vulnerabilities allowing the two to grow into stronger people. At least it seems that is what this little short and rather flimsy film is trying to say. The script is so lean and the attempt to develop characters who are understandable in their own light in order for us to care about the plot line of 'redemption' just doesn't support the film. This is a case where the actors are so fine that they are able to fill in the gaping cracks in the script well enough to maintain our attention, our concern, for the duration of the film.

Jonan Everett, making his strong film debut, is that kind of understated actor whose presence rings true and this presence makes us care about a kid whose actions should repulse us at times. His 'Angel' is a bright young talented kid who longs for something more then the hand he has been dealt. His friends, especially the gender bending Jamie (Jon Norman Schneider) is another newcomer to watch. The camera loves him and it seems there is enough latent talent to make him a fine little character actor. Much the same can be said for his other computer geek friend Raymond (Wallace Little). But the strength of the production is secured whenever the talented Rachel Griffiths (Nicole - the social worker) enters the story. Though we are given little from the script to help us organize her motivations, Griffiths' power as an actress overcomes the hurdles.

Writer/director Jim McKay has done better work in the past: Everyday People, Our Song, Girls Town, and some TV show episodes. He gives us the feeling that he understands the underbelly of the big cities and probably with the next film he will have learned from ANGEL RODRIGUEZ a few pointers to help him correct the deficiencies here. Grady Harp, November 06
2 people found this helpful

Mr MingoReviewed in the United States on December 5, 2006
5.0 out of 5 stars
Thank God For Jim McKay and 'Angel'
Once again, Jim Mckay has given us a film so overflowing with humanism and cinematic care it makes Hollywood, 'Indywood,' and television look even more like the sewer of cliché' we know it to be. A film that respects it's viewers enough to avoid easy characterizations and Oprah-level morals and resolution, 'Angel Rodriguez' harkens back to that earlier era of gritty urban drama (before the Tom Cruise clone patrol strafed through Hollywood) that gave us 'Alice Doesn't Live Here Anymore,' 'Angelo, My Love,' and 'Kramer vs. Kramer.' Like 'Kes,' Ken Loach's classic verite drama of a child's battle with the limited options, limited expectations and malignant indifference of his working class roots, and 'Small Change,' Francois Truffaut's celebration of the resilience of children, 'Angel Rodriguez' is a testament of faith in the future, and, most importantly, of the communal bond between us that extends beyond class, age, and race.

The performances are so utterly real and lacking in gloss or shtick it often feels like you're watching a documentary. Everett and Griffiths deliver the kind of subtle performances that earned Oscars for the young Jack Nicholson, Tim Hutton, or Ellen Burstyn. Especially good are Indie stalwarts O'Hare and Kellner, who shine as always but here bring an understated narcissism to their characters that wonderfully frames the raw 'big life decisions' at-risk Angel and his social worker Nicole face during a very tense--and poignant--36 hours.

If what you're looking for is a film you'll think about for weeks after you've seen it, poring over the minute gestures and moments and choices of these two very small lives, the kind of film that, like great art, stays with you, 'Angel Rodriguez' is for you. If you like to watch stuff blow-up, forget it, and if you're the kind or moralizer that likes his Right and Wrong underlined in crayon and wrapped up in a big easy resolution at the end, don't bother. Dr. Phil fans beware.
4 people found this helpful
See all reviews
Back to top
Get to Know Us
Make Money with Us
Amazon Payment Products
Let Us Help You
EnglishChoose a language for shopping. United StatesChoose a country/region for shopping.
© 1996-2021, Amazon.com, Inc. or its affiliates