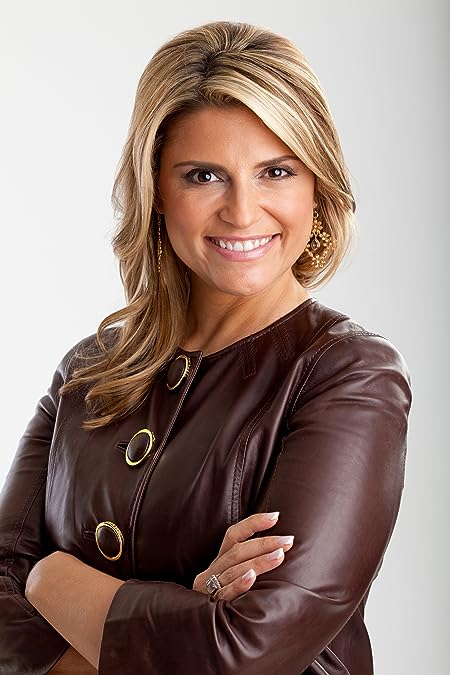 Described by Joanne Rogers as “a modern day Fred Rogers,” Angela Santomero is the cocreator of Blue’s Clues and the creator of Super Why!, Daniel Tiger’s Neighborhood, Creative Galaxy, and Wishenproof. Her work has been cited in numerous publications including Malcolm Gladwell’s bestseller, The Tipping Point. She lives in New York with her husband, daughters, and their two dogs. Her first book is Preschool Clues. 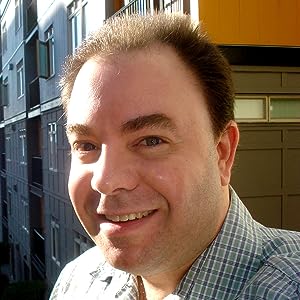 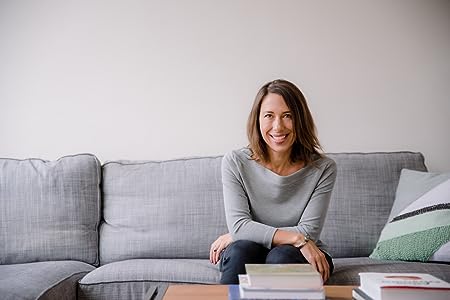 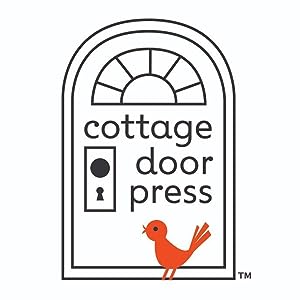 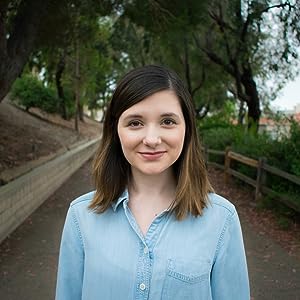 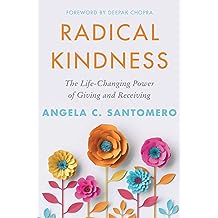 The beloved creator of Blues Clues and Daniel Tiger’s Neighborhood and protégé of Fred Rogers explores the importance of kindness and how it can change your life in this essential guide and tie-in to the PBS special, “The Power of Radical Kindness.”

Angela C. Santomero, the creator, executive producer, and head writer of many of today’s most popular educational children’s shows believes in the radical power of kindness, on her shows, and in her life. Inspired by her mentor Fred Rogers, beloved host of the classic, award-winning PBS show Mister Rogers’ Neighborhood, Angela has dedicated her life to teaching others that when you treat yourself and others with warmth, empathy, and respect, life changing benefits follows.

From the true meaning of self-care and the gift of vulnerability, to the importance of active listening or the magic of asking for help, Radical Kindness goes beyond The Golden Rule and entreaties to “be nice,” contending that kindness is the key to recognizing others, and ourselves, as worthy of love and understanding.

Much like gratitude, Angela contends we need a kindness practice. A practice in which we learn to see with our hearts and act from a place of compassion. As the Dalai Lama says, “Be kind whenever possible. It is always possible.” Through practicing radical kindness—toward ourselves, with loved ones, and to the world at large—we can transform ourselves, our neighborhood, and our world for the better. 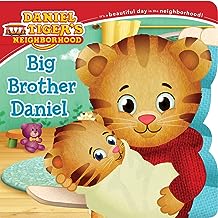 Daniel Tiger is learning to be a good big brother to Baby Margaret in this sweet shaped board book, based on a very special episode of Daniel Tiger’s Neighborhood!

Daniel Tiger is so happy: He’s just gotten a new baby sister! Baby Margaret is very little, and she needs lots of care from Mom and Dad. But not to worry, big brother Daniel is here to help!

This adorable story is perfect for little ones who are about to become big brothers or sisters! 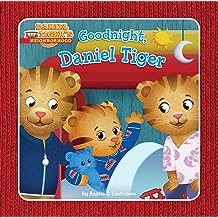 Wind down from a busy day and get ready for bed with Daniel Tiger in this 8x8 storybook.

It’s almost time for Daniel Tiger to say goodnight, but there’s still so much to do! There’s play time and then bath time…and don’t forget tooth-brushing time! Finally it’s time to get cozy under the covers for story time and a special goodnight song. Daniel Tiger’s Neighborhood fans will love winding down their busy day with their favorite friend before snuggling into their own beds to say goodnight! 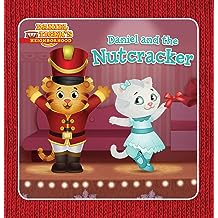 The show must go on as Daniel Tiger and his friends dance the Nutcracker ballet in this adorable story!

Daniel Tiger can’t wait to see his friends Katerina Kittycat and Prince Wednesday perform together in the Nutcracker Ballet! But when he arrives at the Enchanted Garden, Daniel learns that Prince Wednesday is sick and can’t dance! Can Daniel step in and save the show? 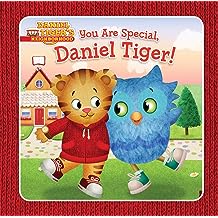 Daniel Tiger and his friends show off their special talents at school in this 8x8 storybook!

Daniel’s school is putting on a show, and everyone is performing their special talents: Daniel sings, Katerina dances, Prince Wednesday does magic tricks, and Miss Elaina puts on a puppet show. But what makes O the Owl special? Daniel helps O realize that he is special in his own way: “I like you just the way you are.”

This is an 8x8 reformat of the 10x10 deluxe storybook edition. 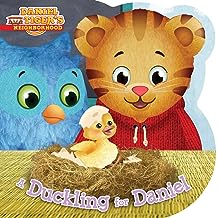 Daniel and his friends wait for a baby duckling to hatch in this shaped board book with foil on the cover based on a popular episode of Daniel Tiger’s Neighborhood!

It’s springtime in Daniel Tiger’s Neighborhood and a baby duckling is about to be born! Teacher Harriet says the egg will hatch soon, but it’s so hard to wait. Daniel and his friends are so excited to meet their fluffy new friend! 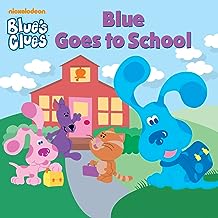 Blue Goes to School (Blue's Clues) Apr 1, 2013
by Nickelodeon Publishing
( 67 )
$0.99
Blue from Nickelodeon's Blue's Clues loves going to school! She loves painting time, reading time, and lunchtime. But sometimes Blue has to face some tough sitatutions at school. Preschoolers get to help their favorite puppy figure out solutions to some of her problems in this interactive story.
Read more
Other Formats: School & Library Binding , Paperback 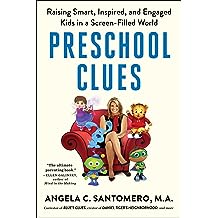 The preschool years—when children are between the ages of two and five—are the most influential, important years in a child’s life. Studies show that pausing to interact, playing to solve problems, diffusing with humor, and using repetition are the hidden clues conscious parents use to raise successful kids and help them learn critical thinking skills, foster empathy, and nurture their sense of self-worth.

Angela C. Santomero, MA, the award-winning creator of children’s television phenomena knows this better than anyone and has spent decades working to instill confidence in her young viewers. In Preschool Clues, she breaks down the philosophy behind her shows—educating, inspiring, and empowering kids—into concrete strategies that parents and educators can incorporate into their family and classroom to set their preschoolers up for success, such as:

In Preschool Clues, Angela shares the latest research from top thinkers in child development and education. Through her practical, straightforward advice and inspiring, conversational approach, you will not only understand exactly what your children are learning from the shows they watch and why these shows are so effective, you’ll know exactly how to apply these same proven approaches in your daily life and with the same powerful results.
Read more
Other Formats: Audible Audiobook , Paperback , Audio CD