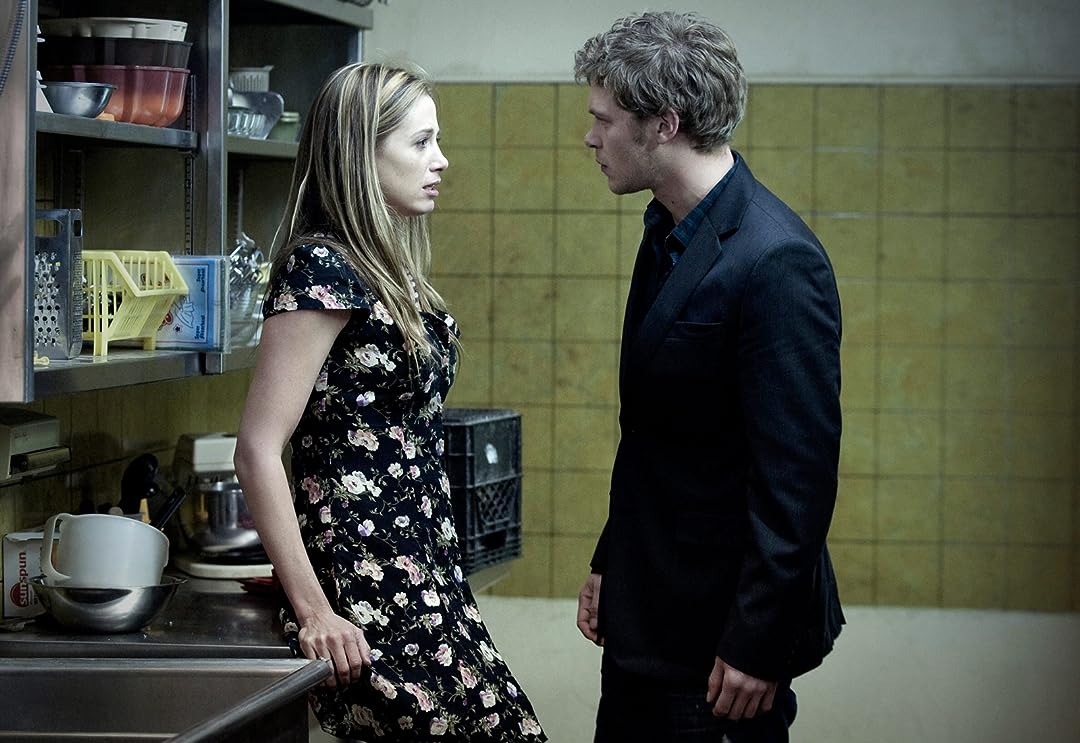 (289)5.81 h 33 min2011X-RayR
Thomas Dekker, Lynn Collins, Jeremy Piven, Kate Walsh & Mira Sorvino star in this powerful and moving drama about a town's struggle with guilt and innocence in the aftermath of a unthinkable tragedy.

DaniReviewed in the United States on July 4, 2021
5.0 out of 5 stars
The movies well were seen it's a great drama movie two thumbs up
Verified purchase
This is drama keep that in mind that's why I gave it a five stars for new upcoming actors and some good old actors.

Don't watch this if you can't handle tragic right now.

It's nice to see new faces in Hollywood and some old. But what's really nice is these actors are very quiet about their political view and they're just doing their job which is working in hollywood.

I'm tired of big mouse and Hollywood and these actors are just doing their job.

This this movie is well done well thought out. Totally like a real life movie not sugar-coated acting was awesome. The filming and the photography did a great job in the editing was perfect. The storyline was great.

It's well we're seeing as long as you can handle tragic warning.... I give you two thumbs up for the whole movie great job great job

KPReviewed in the United States on June 6, 2021
2.0 out of 5 stars
It was okay for what it was.....
Verified purchase
Some very good acting with some unknowns to most movie goers who are more talented (imo) than some of the A-List Entertainers out there.

This is one of those movies that gives you a little hope but overall is kind of depressing.
Overall decent for what it was..... editing was okay, not that bad of a script, pretty good cast.
The cinematography added a nice touch with some cool scenes though they were very short.
Basically a smaller version of other movies out there that have done the same kind of story line but with a bigger budget.

Note: the Same Sex Relationship was not needed and "Added Nothing" to the story line.
6 people found this helpful

James E. AddisonReviewed in the United States on June 24, 2021
1.0 out of 5 stars
Another one of those downer movies that weird people enjoy.
Verified purchase
PRIME. PLEASE MAKE SEEING YOUR PREVIEWS AN OPTION SETTING SO I CAN STOP THEM FOREVER!
1 star: couldn't watch more than 15 minutes. Unwatchable, or language not as described.
2 star: jumped my way to the end for the ending. Unwatchable, but interested in how this turd ended.
3 star: watched it all, but not happy about it. Nothing better to do.
4 star: I watched it, liked it well enough. Would never watch it again.
5 star: Great moving picture show! I'll watch it again, and maybe again in a few years.
4 people found this helpful

~ XLNTMOMMY ~Reviewed in the United States on July 29, 2021
3.0 out of 5 stars
Sad . Slow . Decent Acting w/a Meh Script .
Verified purchase
OK so what part do you want to hear about .. ? the Poverty of living in a warehouse-type place with spray paint on the walls .. ? the death of a 3 year old child ..? the chronic alcoholic mother who lost custody of said child ..? the chain smokers ..? the dive-like diner with greasy open-faced sandwiches ..? the toxic familial dysfunction that spurns it all into action (yes I said action, but dont expect any here) .. this starts off very sad and pathetic and pretty much maintains that throughout the film .. the pace is slow and the depressing scenes whilst they are probably trying to build "characters" is just missing something (like a script ! w/substance !) the subject matter is deep in unto itself, but it seems surface-like for ppl acting in the capacity of "friends" .. the ending is something that I thought would happen in the first half hour .. I will grant you theres some decent actors in this , jeremy piven, eliz mcgovern (havent seen her for awhile) mira sorvino (I mean didnt she win an oscar years ago ..? o yeh, for that pervert woody allen .. that explains it .. !) this movie wasnt so much painful to watch as pain-revealing .. but thats all it is .. no one gets forgiven, no one experiences an epiphany, no one graples with grief and moves onto a higher level of life, no one learns anything, theres no moral here, no story of love, redemption, healing .. its just small town tragic meets small town poor .. and maybe thats the Real story here .. IDK . theres a prosecution and not much developed there but we dont get to a 'trial' (you'll see) and that part is only lightly touched on, and maybe that was for the best, but it was almost a distraction from the actual events that could hav been built more like the characters and relationships or interactions .. all-in-all Im giving 3 stars maybe another half star but Im not going to 'round up' to 4 stars because this is what we used to call 'B' movies .. 3 sad stars .

Miss Josh EmmettReviewed in the United States on June 15, 2021
5.0 out of 5 stars
AN INDIE WITH AN ENDING!
Verified purchase
I usually avoid indie movies because they leave you hanging.

Whether you like the ending or not, at least this movie has one.

Yes, we should look up everything online first. Just the other day I was going to get a book in a genre I like. I read the reviews and quickly moved on. Glad I didn't waste the money! If you are going to get something that is REALLY important, read everything you can first. Even the salespeople lie.

The movie is sad and slow moving, but after the death of a child, everything seems slow moving as you grieve. Very well-acted. There are some plot holes but you can fill them in with your imagination. Interestingly, I found the overly Christian mother as bad as her daughter on a different path.
3 people found this helpful

Amazon CustomerReviewed in the United States on July 3, 2021
5.0 out of 5 stars
Being a parent you can put yourself in this young fathers place!
Verified purchase
I watched this a long time ago, I normally don't watch movies twice. It broke my heart. The parents were young, sometimes the maturity that comes with raising kids isn't all intact being "kids" themselves, plus it pivots on their own upbringings as well. Don't want to give away the ending, the young father had enough guilt, no jury could cause him anymore. Maybe young/any parents should watch this, kids don't come with manuals, no license required to have one, maybe there should be! Even then, accidents will happen.
2 people found this helpful

SarahReviewed in the United States on July 17, 2021
5.0 out of 5 stars
Beautiful, moving film
Verified purchase
I do not understand why this movie received ANY low ratings- it was AMAZING. Period. The story was poignant and real. The acting was fantastic. The plot and character development? Just wonderful. I would challenge anyone who mentioned something negative about the actors in this movie to do a better job than they did- It has been a long time since a film such as this has touched me and stayed with me days after I watched it. Very well done- I would give it more stars if I could; kudos to the author who wrote this novel, as well. Highly recommend this film!
One person found this helpful

Crazy SvenReviewed in the United States on October 30, 2014
5.0 out of 5 stars
pathetic and socially awkward prosecutor with the ridiculous hat was ...
Verified purchase
I stumbled on this movie and was immediately taken in by the chain of events. There are minor flaws, irrelevant characters and plot holes, but rather than focus on any of that, I focused on the story itself. Our family suffered a similar tragedy several years ago, with the accidental death of a toddler. Any sense of "blame" was far overshadowed by the grief. Kids that age quickly learn how to extricate themselves from car-seats, cribs or just supervision in general and tragedy can occur in a matter of seconds. There was one character who was far too under-developed. The goofy, unshaven, pathetic and socially awkward prosecutor with the ridiculous hat was an unsympathetic bully and I vigorously despised him at first sight. We know he has a history relevant to the plot, but we are barely given clarity as to the details. Regardless of that, I eagerly hoped that he would be run out of town by an angry mob; but I got no satisfaction on that one account. In any case, do not expect a fast-moving thriller, but this is well worth the watch and I highly recommend this film to a mature or emotionally developed audience.
6 people found this helpful
See all reviews
Back to top
Get to Know Us
Make Money with Us
Amazon Payment Products
Let Us Help You
EnglishChoose a language for shopping. United StatesChoose a country/region for shopping.
© 1996-2021, Amazon.com, Inc. or its affiliates